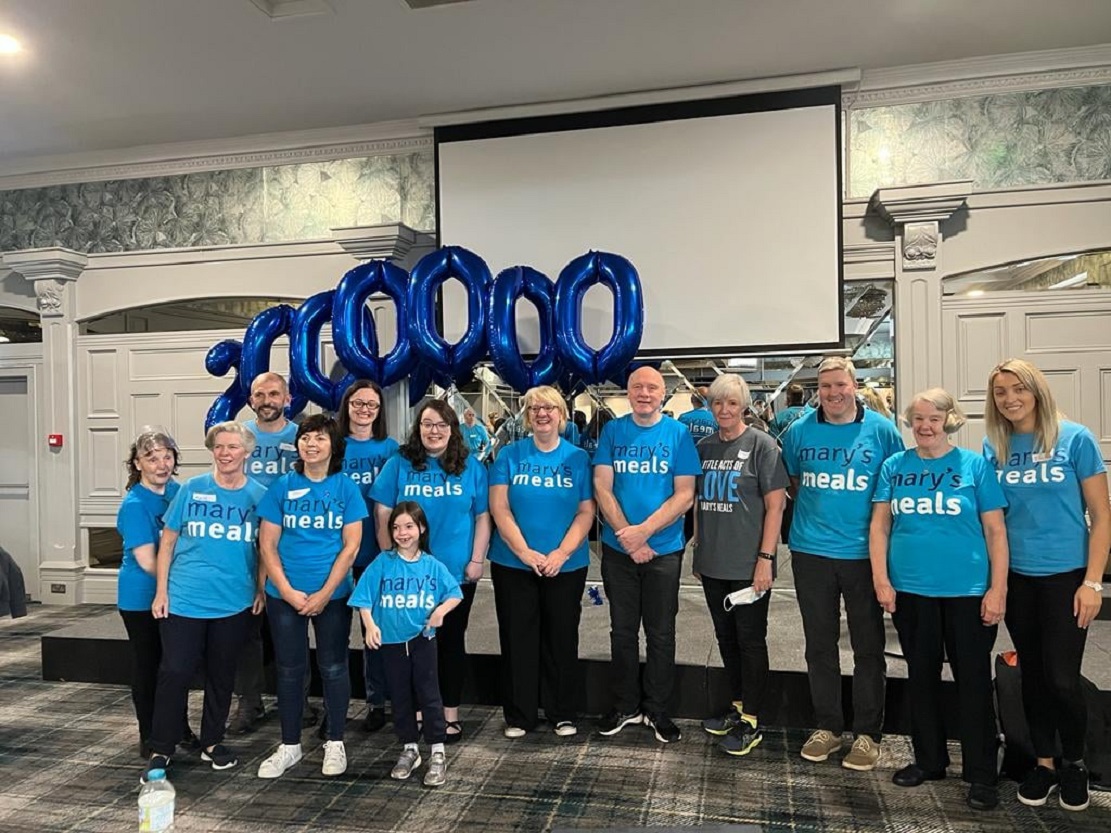 Earlier this year, the global school feeding charity Mary’s Meals announced that it was now providing life changing meals to more than two million children in some of the world’s poorest countries every school day.

Mary’s Meals began feeding just 200 children back in 2001, but has grown to over the two million mark in just 20 years.

The Armagh and Benburb Group have played their part too since being set up back in 2014 and want to help the charity reach its next milestone.

Well known for its Backpack Project, the group has had to focus attention on fundraising due to a problem with shipping.

Speaking to Armagh I, ahead of a pop-up shop and coffee morning at the Dobbin Street base, one of the charity’s hard-working team, Roisin McVeigh, said now was as good a time as ever to donate with a Double the Love campaign at play.

“Until January 31 of next year all donations will be doubled, up £1.6 million, but every little bit of money really does help,” she explained. “For just £15.90, the donor can literally save a child’s life by paying for a meal a day for a year.

“The charity in this area has always been well received, even during the pandemic. I think it is because it is so genuine with 93-pence out of every pound donated going to a charitable cause.”

The Mary’s Meals Armagh and Benburb group will be holding a pop-up shop this Friday and Saturday from 10am to 4pm.

Roisin said that everything from clothes and shoes to handbags and ornaments will be on display, so there is bound to be a bargain had.

On Saturday between 10am and 2pm, there will also be a coffee morning in aid of the charity at the Dobbin Street Community Centre.