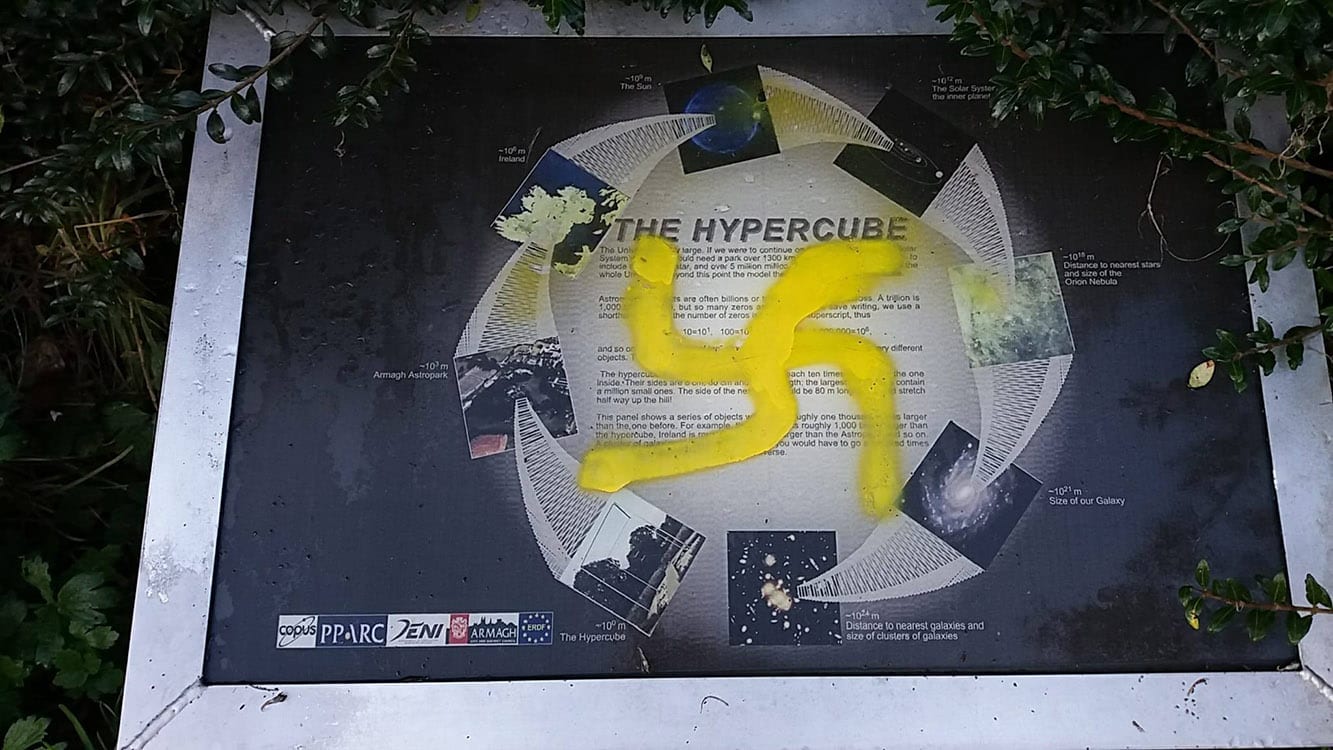 Disgusting racist graffiti has been daubed over an informational sign at one of Armagh’s top tourist attractions.

A yellow swastika – a symbol synonymous with Nazism and racism – was scrawled on the sign outside the Planetarium on College Hill.

The image was sent to Armagh I by a resident out for a walk around the iconic city building on Saturday afternoon.

The man, who did not wish to be named, branded it “disgusting” and asked for it to be highlighted in order for it to be removed immediately.

The Planetarium, owned by the Department of Communities, attracts tens of thousands of visitors each year, many of whom are schoolchildren.

And it neighbours the Royal School, as well as the Observatory, in the landscaped grounds known as the Armagh Astropark.

This is the latest in a series of graffiti-related incidents across the borough in recent months. Police dealt with incidents in Banbridge, Armagh city and Forkhill in the last eight weeks.