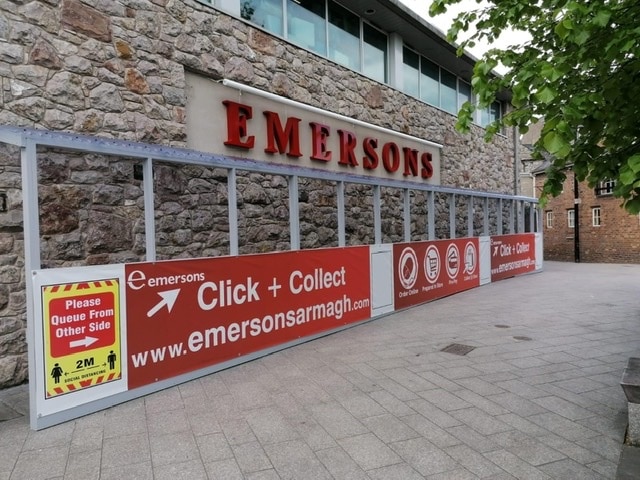 There has been shock and revulsion after an attack on an Armagh man going about his job in the city centre today (Friday).

Barry Loughlin, who has for years worked at Emerson’s Supermarket, required medical treatment after being set upon.

A number of young people assaulted Barry, who had been collecting supermarket trolleys at the time.

Barry – who always has a friendly word and a wave for everyone – sustained injuries including a laceration to his head which required stitches.

One eyewitness told Armagh I the thugs involved pushed Barry’s trolleys down the stairs and hit him.

He received First Aid treatment at the scene and was advised to attend hospital.

The eyewitness said the attack had been carried out by a group of teenagers “who have apparently been terrorising everyone this week in the entry”.

There has been complete shock at the incident and Barry’s friends and work colleagues at Emerson’s are deeply upset and angry.

We wish him a speedy recovery.