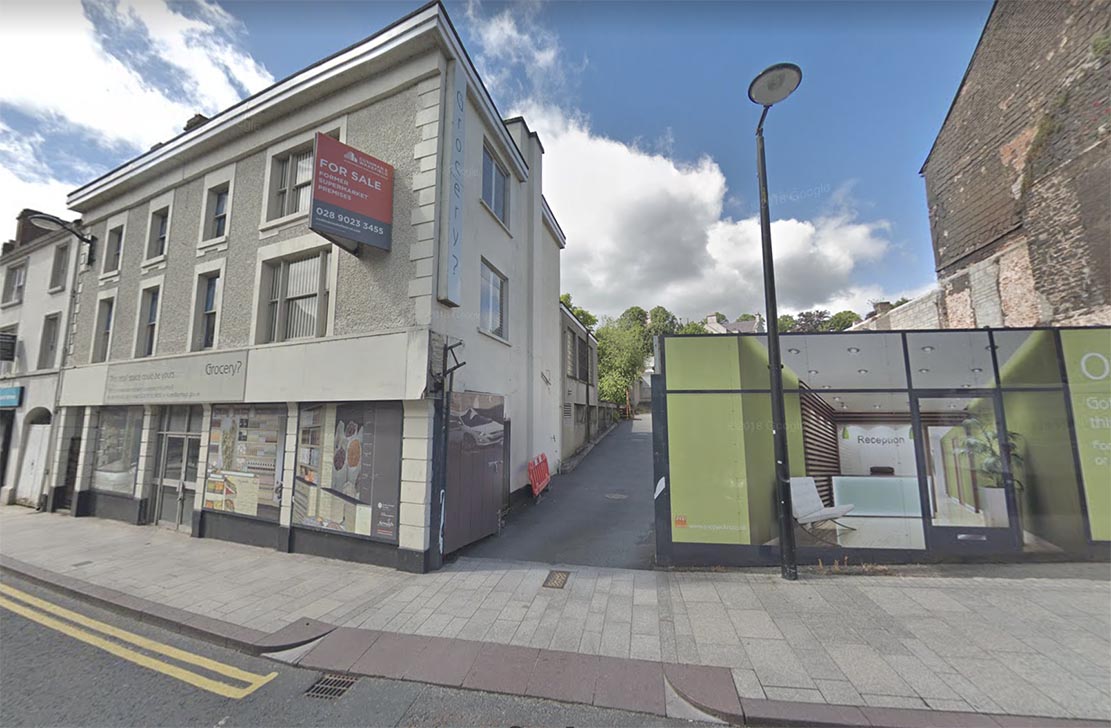 A buyer has been found for the vacant Dunnes Stores site in Armagh city centre.

Armagh I can exclusively reveal that the sale of the empty and derelict property on Upper English Street was signed, sealed and delivered on Friday.

The property will be gutted, refurbished and brought back into use as a mix of retail and residential units.

There will also be a number of town houses erected to the rear of the property in an ambitious re-development.

The Armagh-based developer has told this publication they are in discussions with Armagh, Banbridge and Craigavon Council about securing funding from the £6.3million Heritage lottery Fund (HLF) set aside to revitalise core areas of the city.

That investment has been earmarked for the transformation of Armagh’s historic city centre – a scheme which aims to bring up to 30 iconic but underused buildings back into full productive use. The Dunnes site is one of those high on the Council’s list of priorities.

It will come as a massive boost to the city, just weeks after plans were unveiled for the derelict Ogle Street site which will be undergoing a multi-million pound transformation in just a matter of months.

The ink may not have dried on the deeds yet but the city developer is keen to get this project started before the end of the year.

Speaking on the £6.3million investment the Council said: “Armagh is a city on the rise. With significant economic potential and an already blossoming tourism and hospitality sector, Armagh is renowned for its outstanding built heritage and Georgian past.

“Armagh is already undergoing a transformation and this major project, with sizeable funds committed, will underline the progress being made, helping to restore and enhance this prominent city for future generations to come.

“This project will have a powerful effect, not only on the civic pride of the whole area but also on local economic prosperity.”

The head of the Heritage Lottery Fund in Northern Ireland, Paul Mullan added his excitement at the “real, positive impact” the investment will make.

“The detailed programme of work, which will see the repair and re-use of buildings in key city locations, will play a crucial role in regenerating the city’s commercial core, revitalising its economic heart and opening up its unique heritage for both local people and visitors to enjoy.

“Armagh is a special place and these carefully-planned restorative works will transform its historic built environment, making it an even more attractive place to live, work and visit.”