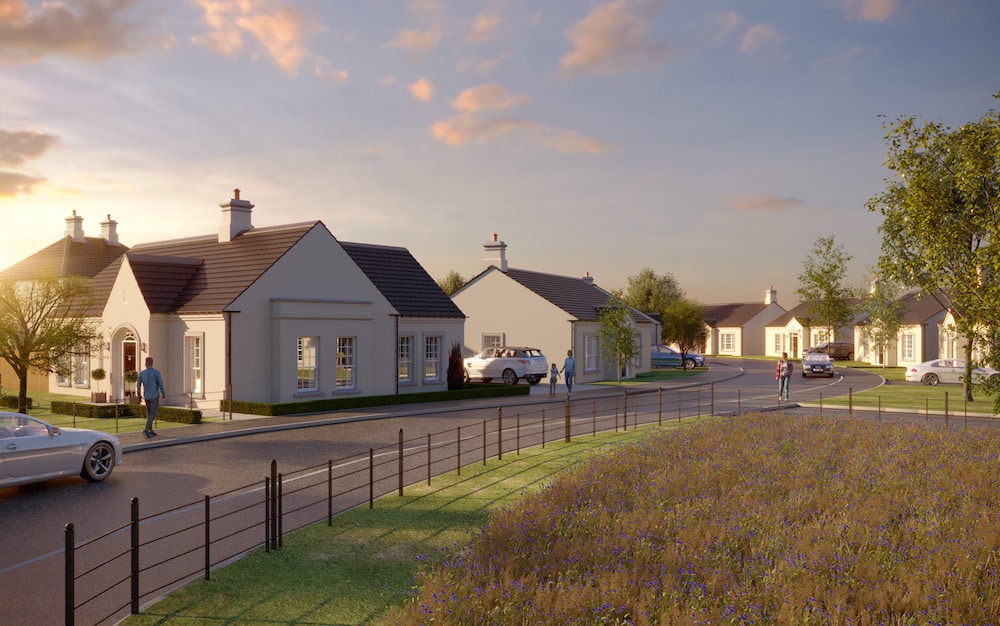 The second phase of a hugely popular Armagh housing development – Deanery Demesne – has been given the green light by planners.

Armagh City, Banbridge and Craigavon Borough Council’s planning committee has approved an application for the erection of 53 residential developments, comprising of 33 detached and 20 semi-detached homes, associated roads and hard and soft landscaping on the east of the new Mullinure Link Road.

The new phase of the development will be bounded to the south by 11 Mullinure Lane and the east by 1-3 Sperrin Park, Mullinure Lane, Armagh.

Officers informed members that they were of the opinion the proposed development complies with all relevant planning policies. As such, they recommended the application be approved.

The application was submitted by agent MBA Planning on behalf of applicant, Deanery Demesne Ltd.

Speaking on behalf of the application, Diana Thompson told the committee the phase two application has been brought forward at speed due to the success of phase one. Ms Thompson said the first phase was fully booked in a matter of days following its release and, if this application is approved,the contractor should be able to move to phase two seamlessly without having to lay-off any of the 114 construction staff involved.

The agent also noted that the application would result in an investment of £9.5 million in the borough and a considerable boost in rates income for the Council each year as well as providing quality homes for up to 127 people.

Councillor Peter Lavery expressed some concern about the different levels of households within the site and the use of a green terra mesh system proposed on the retaining structures.

His concerns were address by a planning officer who explained that, in his view, the impact of the raised boundary would be minimal because of the distance from the property.

“Because the raised level could be 10 metres away from the property, the impact of standing outside the backdoor and looking at that, is not that alien compared with other sites, in my professional opinion,” said a planning officer.

“On top of that, it is a manufactured solution and the stepped approach to take us to it, means it can be permitted. I do not feel that is something that would reduce the amenity of the occupiers.

“I’m not saying that it won’t have any impact, just that it would not have an impact that would override officers’ recommendation to approve.” Councillor Lavery also asked about the maintenance of the green terra mesh system and was told, whilst it is not expected to fail, it would be maintained by the management company already in place.

Councillor Lavery then enquired about walking and cycling routes within the development and what is being done to encourage active travel.

He was assured that this is phase two of a “significant amount of housing” and a new proposed pedestrian link and the overall ethos of the medium density development will provide for walking and cycling.

Councillor Tim McClelland asked what was happening to the Old Mullinaure Road. He was informed that a proposal to abandon the road is currently in the works.

The Chair of the Committee, Councillor Darren McNally then told members it was time to make a decision on the application.

Councillor Sam Nicholson said he knew the area well and was well aware of how popular phase one of the development had been.

“The houses flew out the door in phase one and I am happy to propose this much needed housing scheme within the Armagh area,” said Councillor Nicholson.

“It has been fully scrutinised by the planning department and has been well debated here today.”

Councillor Declan McAlinden seconded the proposal and the committee voiced its agreement.