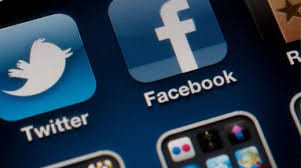 A high profile anti-trolling event was held recently in Craigavon Civic and Conference Centre to raise awareness of online dangers to young people and to give them the skills to deal with trolls.

It gave out vital information useful for pupils, parents and teachers on what trolls do, how to block them and how to report them to the police to ensure the protection of those spending time on the internet.

“We were delighted to see the support for this event,” commented the Chair of the PSCP, Alderman Robert Smith “as this is an issue that we are seeing time and time again. We are seeing increasing numbers of young people asking for help to deal with online bullying by trolls and it is vitally important that we explain the dangers, where they can turn for help, advice and protection as well as equipping them with the skills they need to deal with trolls.”

Chief Inspector Davy Beck from the PSNI said: “Trolling is insidious and uses the technology that is so much a part of our young people’s lives to hurt and target them. The digital world moves very quickly and it is vital that we talk about and raise awareness of the possible dangers. This event was invaluable in providing young people with the skills and confidence to tackle trolling and seek help from adults who understand the issue.”

Dr Arthur Cassidy, Consultant Psychologist Director of Yellow Ribbon added: “This event was to create massive awareness of cyber bullying and the impact it can have. We are being saturated by young people asking for help and families who don’t know what trolls mean. It is crucially important to keep abreast of rapid developments on internet safety to protect our young people online so we can beat trolls together.”

For more information or copies of the anti-trolling cards, please contact the PCSP on 0300 0300 900.

Two teenagers charged with riotous behaviour to appear in court