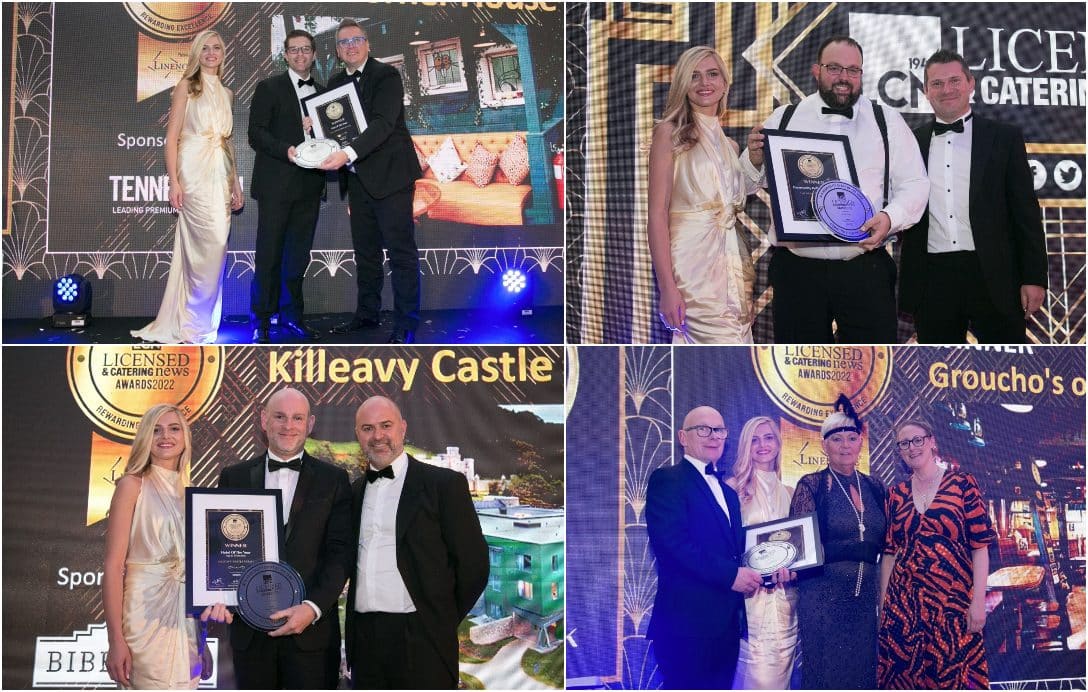 A range of big winners have brought awards home to County Armagh at the LCN  Hospitality Awards 2022, with the Orchard County bagging ‘Pub of the Year’ and ‘Hotel of the Year’ among others.

LCN is Northern Ireland’s number one hospitality magazine and they take pride in their awards being one of the sector’s leadings events, with plenty of big name sponsors on board such as Bushmills and Lynas Food Service.

The prestigious ‘Hotel of the Year’ (up to 75 rooms) Award, sponsored by Bibendum Wine, went to Killeavy Castle in Newry who took to social media to mark the achievement, saying they were “thrilled” to have received the reward. Killeavy Castle – Hotel of the Year (up to 75 rooms) (Image: Licensed & Catering News)

In a post on their Facebook, the hotel – who had also been named as finalists in the ‘Restaurant of the Year’, ‘Chef of the Year’ and ‘Outstanding Customer Service’ categories – said: “At Killeavy Castle Estate, we pride ourselves on the service we provide – from luxury accommodation to the finest food, all delivered with top-class customer service.

“To be recognised for this is testament to the fantastic work of all the team here at the Estate.”

‘Pub of the Year’, sponsored by Tennent’s NI, went to The Corner House Bar in Lurgan.

Situated in Derrymacash outside Lurgan, the traditional pub paid tribute to everyone who had supported the business in a video on Facebook after they accepted their award. Continuing the strong show of pub awards for County Armagh, Groucho’s on the Square, Richhill, was awarded the ‘Pub Food of the Year’ award, sponsored by Go NI, and the Head O’ The Road, Portadown, grabbed ‘Community Pub of the Year’, sponsored by Drinks Inc.

Posting on their Facebook page, Head O’ The Road said they were “delighted” to have won an award, in spite of the “tough competition” they faced off against for the award. Meanwhile, Groucho’s on the Square said: “We were delighted to be a finalist in 3 categories of the LCN Awards, Best Cafe/Bistro, Best Food Pub and Best Chef. We are over the moon to have won the best Food Pub!

“This would not have been possible without the dedication of the staff and the continued loyalty and support of our customers, we would also like to say a big thank you to our local suppliers.” Groucho’s on the Square – Pub Food of the Year (Image: Licensed & Catering News)