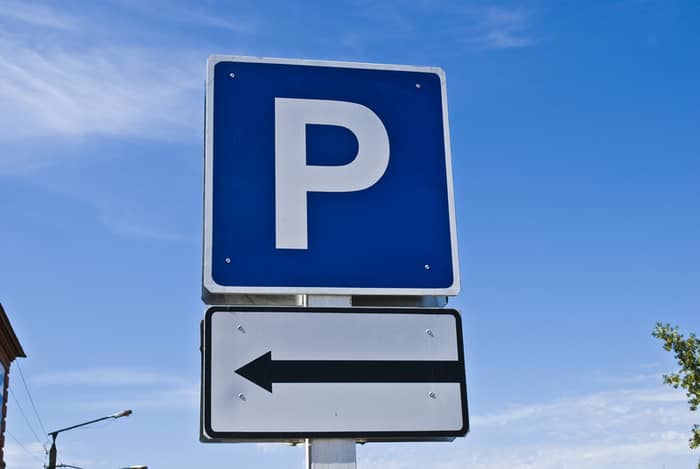 Cash machines or advertising hoardings could be used in local car parks in a bid to increase revenue.

And money generated in local car parks could be ‘ring-fenced’ and reinvested in the city and towns centres where it is raised.

These are just some of the suggestions contained in a report which will go before a meeting of Armagh City, Banbridge and Craigavon Borough Council’s economic development and regeneration committee tomorrow (Tuesday).

The need for dedicated coach parking in Armagh, possibily at one of the under-utilised parks, is also highlighted.

And the use of internet technology in the 18 local fee paying car parks could also be taken advantage of to provide other information, such as visitor information or promotional opportunities.

The report will recommend the establishment of a small panel or sub-group of councillors to establish a car parking action plan.

It will also contain recommendations in relation to specific car parks, including at the Shambles Market, where traders are complaining that all day parking is hitting trade. Council could investigate whether there is an opportunity to set waiting time restrictions and extend the agreement with NSL to monitor this and issue penalties.

The need for a specific action plan comes with the transferral of responsibility for car parking from the Department of Regional Development to the new ‘super-councils’ when they came into being at the start of April.

At that time, all off-steet parking – except park and ride and park and share facilities – came under the control of councils.

In this area, that means the ABC council therefore is now responsible for the operation of 49 off-street car parks.

The purpose of the paper to tomorrow’s meeting is to provide an overview at a strategic level of the possible opportunities and principles the council should consider in relation to assessment and use of additional assets transferred to deliver off-street car parking.

Councillors have been informed that a recurring issue from the retail sector in Armagh city and the towns within the borough is a perceived lack of car parking to encourage and generate turnover and footfall within the main shopping hubs.

Some survey work undertaken in relation to capacity and usage provides evidence that, whilst in some car parks capacity does not meet demand, others are substantially underused – as shown in a survey of Armagh/Craigavon. And Although council is not responsible for on-street parking, this has a knock-on effect on the availability of parking, particularly where longer waiting times are permitted, such as in Lurgan.

The report states: “The application of tariffs needs to be considered strategically in tandem with car parking needs and targeted to provide maximum economic benefit, for example, prime city/town centre free car parking with no waiting restrictions fills up quickly with all day parkers, leaving no capacity for shoppers.

“The current 5 hours for £1 initiative should be monitored to ensure it is effectively meeting the needs of car park users and supporting retailer needs.

“A range of options in relation to innovative use of tariffs need to be explored, including the designation of which car parks are free and which are fee paying based on target needs which benefit the economy of the area.”

In terms of money brought in, the report reveals there is “substantial net income generated from fee paying car parks”.

And it adds: “This needs to be analysed on an individual car park basis and taken into consideration and evaluated as part of any future options considered – that is, loss of income vs added value of regeneration.

“In addition, council may wish to consider ring-fencing net income to support city/town centre regeneration projects, which would demonstrate to the business community and the public that the money they pay for parking is directly invested in the local area.

“There is also the opportunity to increase income by providing other facilities, such as cash machines or advertising hoardings, or to mask unsightly areas surrounding car parks with council marketing hoardings.”

Suggestions are also to be considered in relation to the look and accessibility of car parks which, in many instances, are described as “very tired in appearance” and which can “give the impression of being unattractive and unsafe”.

There report says there are many small scale, low cost interventions which could have a relatively high impact, such as resurfacing where appropriate, bins etc to tie in with town centre materials, white lighting, boundary treatments or structured planting to “screen and soften hard edges” while retaining visibility and natural surveillance etc.

The report also deals with how parks could best be used ‘outside’ normal hours of use. It says some areas, and particularly Banbridge, have a lack of event space and would benefit from improved amenities for large, open space events.

It adds: “The transfer of ownership of car parks has been identified as an opportunity to progress temporary closure so that a car park can be used to host events. Consideration could also be given to how spaces are used outside shopping hours to benefit communities and help to drive out antisocial behaviour in areas not traditionally used in the evening time.”

It will be recommended tomorrow – to be ratified at the statutory monthly meeting – the setting up of a working group to progress a review of car parking provision.

This would include, among other things, user surveys and engagement with key stakeholders; a review of individual business plans for urban regeneration and opportunities to illustrate the use of car park income to leverage as ‘quick wins’ for the council (including reimaging/spruce up and maintenance); and continuing to monitor usage of car parks and conduct surveys on site to build up knowledge and understanding of users preferences and requirements.