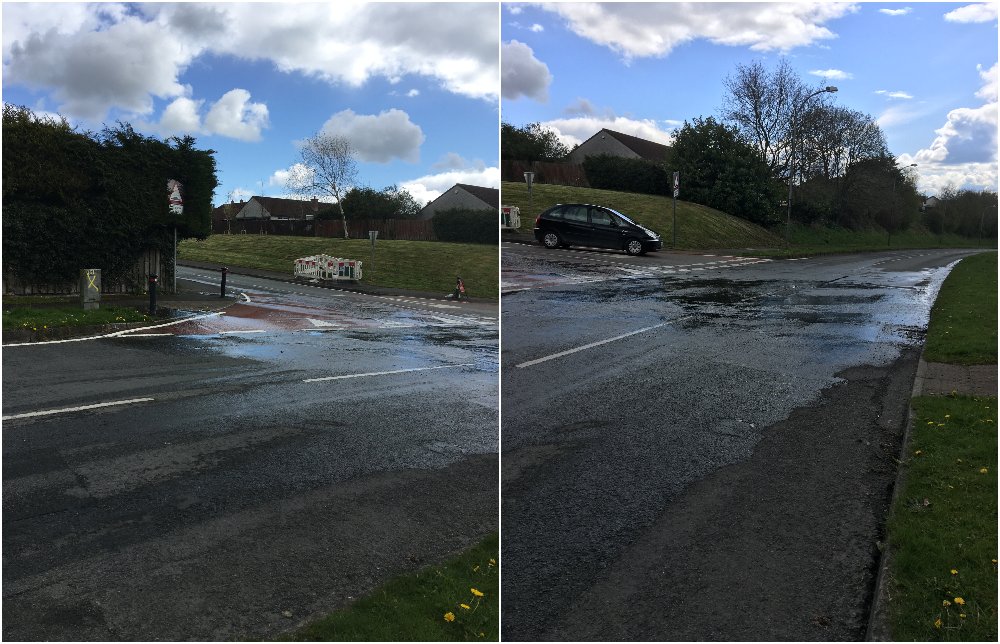 Residents of a populated Armagh housing estate have kicked up a stick over a foul smell and some unsanitary sewerage leakage from a number of nearby manholes.

At least two manhole covers have been breached in the Ardmore area, around Oakwood and Thornleigh, in recent days – but not for the first time in recent months – with toilet paper and other materials oozing from the depths below.

One resident contacted Armagh I about the persistent problem, stating cars had been driving through the mess, presumably carrying it to their homes without realising the dire hygiene issues – and potential contamination.

She said others had raised the issue previously, with the sewers examined in recent months, but to little or no avail, given the problems witnessed this week.

Armagh I contacted NI Water, who confirmed they were alerted to the blockage, and “responded promptly”.

“NI Water staff on site found that the blockage had been caused by a build-up of inappropriate materials, including wipes, nappies and sanitary items,” a NI Water spokesperson said.

“Staff cleared the blockage, completed a full clean-up and disinfected the area.”

As an extra precaution, NI Water will visit the site again and have also organised for the sewer to be desilted in the coming weeks.

The spokesperson added: “NI Water would like to take this opportunity to appeal to residents in the area to bag and bin their bathroom rubbish including wipes, sanitary items and cotton buds.

“These items should not be flushed. Everyone can help prevent the risk of out-of-sewer flooding and blockages occurring by only flushing the three Ps, pee, poo and toilet paper; everything else needs to go in the bin.

“In the last ten years NI Water has spent over £1.5 billion investing in water and wastewater infrastructure, but no amount of investment will completely stop blocked pipes or these items polluting our environment, if people continue to flush wipes (including flushable ones), sanitary items and other items down the toilet.”