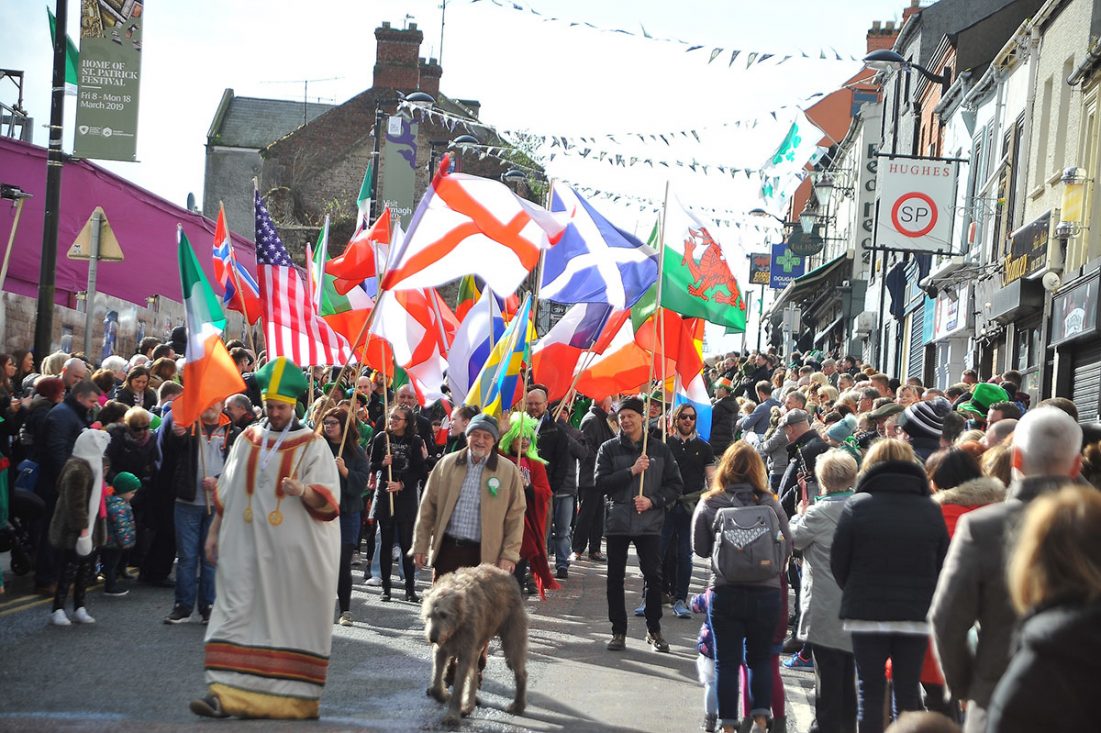 A newly-formed St Patrick’s Celebrations Committee will take the lead on this year’s annual parade in Armagh city.

Armagh City, Banbridge and Craigavon Borough Council has stepped aside from solely organising the parade – an event they have done for many years.

It follows the controversy of last year, whereby the official Council-run parade was held on Saturday, March 16, prompting the West Armagh Consortium to arrange their own event for St Patrick’s Day, which saw thousands attend.

The turnout for the Saturday parade paled in comparison.

However, the two bodies have agreed to put together a working committee – made up largely of community members – to take the lead on this year’s parade, which will take place on St Patrick’s Day from the Christian Brothers’ Primary School on the Keady Road.

A spokesperson for the Committee said: “On behalf of the St. Patricks Day Celebrations Committee that was formed following the issue with last years’ St. Patricks Day parade, we would like to invite all interested community groups, cultural groups, sporting clubs, businesses, and individuals to participate in this years St.Patricks Day Parade in Armagh City.

“The sole purpose of our committee is to organise a community-based St. Patricks Day Parade in the city on an annual basis.

“The St. Patricks Day Parade will take place on Tuesday, March 17 starting off at CBS car park at 2pm with an assembly time of 1pm. (subject to availability connected to football final fixture, any change will be well publicised.)

“We would like to invite all interested parties to participate in our parade. Last years’ community parade was a great success and we would like to build upon that.

“The format of the parade is quite simply, all are welcome. We wish to make it an inclusive parade as possible to reflect the varied aspects of commerce, cultural, sporting, religious and ethnic diversity that makes up our population. Inclusion not exclusion is the order of the day.

Pictured: Council-led St Patrick’s Day parade in Armagh – but not everyone was happy!

“Everyone is not only welcome to attend, but are encouraged, to carry banners, flags and any other colourful paraphernalia that depicts their role within our community. If you wish to put on a float, this too will be very welcomed.

“To facilitate the smooth running of the parade we would be grateful if you could let us know if you or your group are intending to participate. You can appreciate that such a parade necessitates advance planning and we would like to be able to draw up our parade plan as soon as possible.

“The parade will follow the same route as last year. It is included in the Home of St. Patrick Festival, a weeklong event organised by council. Council will not be organising a St. Patricks Day Parade this year, so our parade will be the only community-based parade on St. Patricks’ Day this year in Armagh City.”

The committee can be contacted via email stpatrickmarch387@gmail.com or by mobile 07759939314 and they look forward to hearing from you.