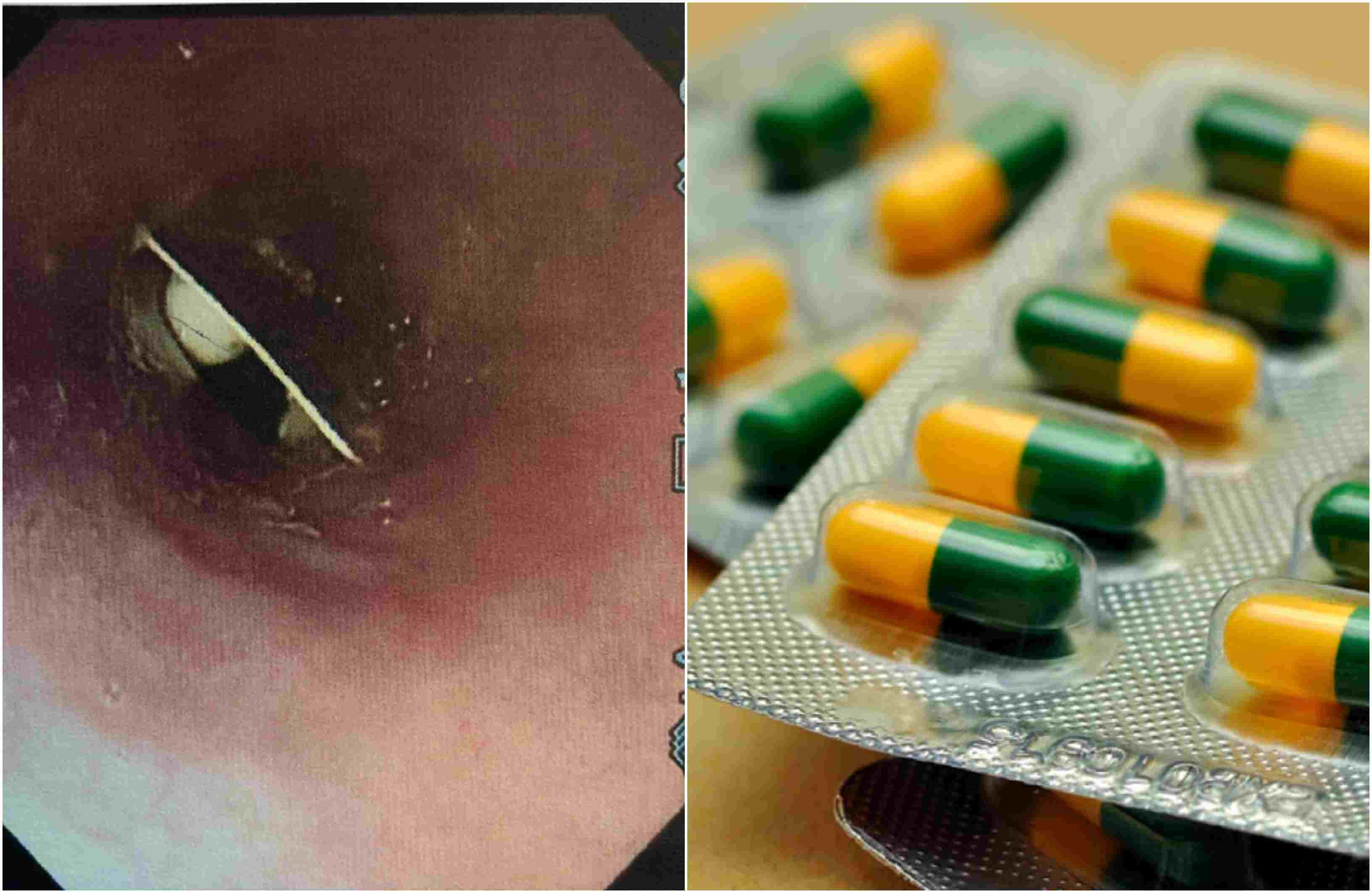 A Co Armagh woman who accidentally swallowed a plastic pill packet in the middle of the night had it lodged in her throat for 17 days before it was discovered.

The British Medical Journal has published a report on the patient who is in her 40s and has not been named.

It details how she swallowed the packet of the painkiller Tramadol in the middle of the night last November and how it took more than two weeks to discover what the issue was.

It was finally detected after four visits to Craigavon Area Hospital, and the Royal Victoria Hospital in Belfast.

She first went to the Emergency Department the following morning complaining of discomfort and difficulty swallowing.

There she was described as “fit and well”, and the ears, nose and throat team observed she was tolerating fluids, had no airway difficulties and could mobilise her neck, according to the report.

The pill packet did not show up in X-rays and was not detected at this stage, however, her doctors told her to come back if there was no improvement.

After three days of further discomfort the woman turned up to hospital again where she was treated with steroids and painkillers for 48 hours until her symptoms improved. She was subsequently discharged.

A barium swallow scan was carried out five days later but returned as normal.

It was during a later outpatients appointment that the pill packet was detected during an oesophago-gastroduodenoscopy (OGD) scan.

It was safely removed some 17 days after ingestion.

The patient was quoted as saying: “I had no idea I swallowed this.

“It was a very frightening three weeks and I couldn’t believe when I saw the picture.”

David McCrory wrote about the extraordinary case for BMJ Journals.

“She had swallowed her Tramadol tablets whole in the original foil packet which was lodged in the upper oesophagus,” he wrote.

“She underwent rigid oesophagoscopy and removal of foreign body uneventfully (17 days after ingestion of her tablets) and she was discharged after a period of observation.”