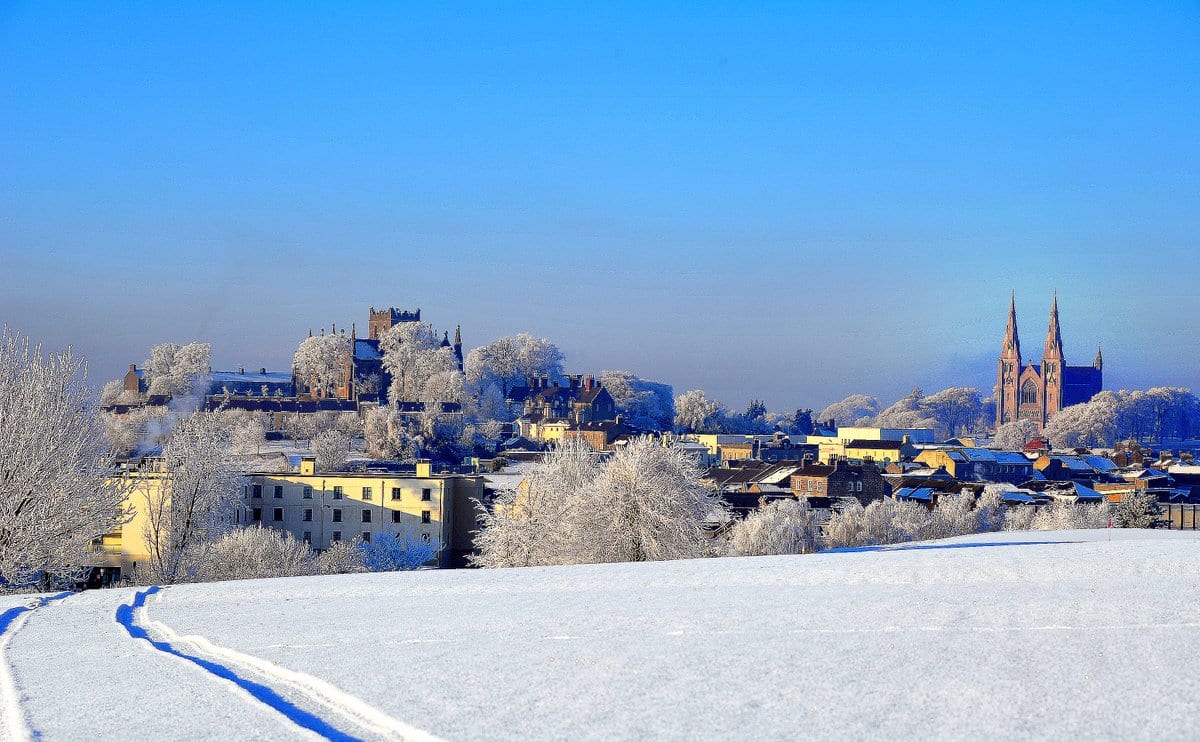 A temporary return to the cold weather will bring with it more snow as the Met Office has issued a yellow weather warning over the weekend.

The warning comes into play from 9pm on St Patrick’s Day and will remain in place until 10am on Sunday, with the heaviest snowfalls expected from 2am right through until 9am.

A number of amber national severe warnings have been issued for the weekend featuring: snow; snow and ice; and wind.

However, Co Armagh will escape the worst of the weather with the most of St Patrick’s Day expected to remain relatively dry – if a tad nippy.

The Met Office have confirmed that the air bringing this cold spell is once again coming from Scandinavia and brings bitter easterly winds across the UK resulting in not only very low temperatures but also a significant wind chill risk throughout the weekend, making it feel several degrees colder than thermometers show.

Through Saturday and Sunday, these strong winds will bring plenty of snow showers westwards across England and Wales, as well as into some eastern parts of Scotland and southern parts of Northern Ireland.

Met Office Chief Meteorologist Frank Saunders, said: “Although bitterly cold, there will be sunny spells for many on Saturday, as well as snow showers. Some of the showers will be heavy and it will feel cold with temperatures only reaching 0 °C to 3 °C widely.

“The heaviest snow is expected overnight Saturday into Sunday with around 5 – 10cms of snow within the warning areas, possibly more over high ground.

“Icy patches are a risk on untreated roads, pavements and cycle paths. It will stay bitterly cold and windy throughout Sunday with more sunshine and snow showers.

“The snow could be disruptive in places, perhaps most likely in the southwest of England and southeast Wales.”