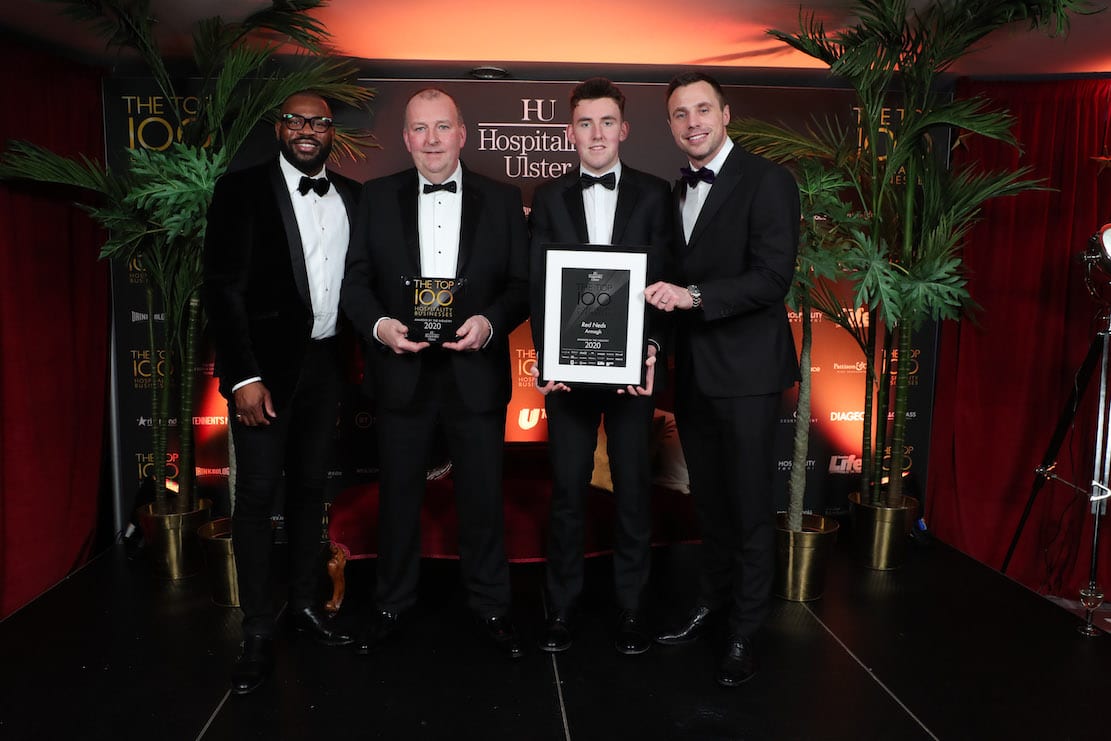 The search to find the Top 100 hospitality businesses in Northern Ireland came to a dramatic conclusion as several Co Armagh venues were among the winners.

The following venues were revealed as winners at a prestigious gala event held at Crowne Plaza Hotel in Belfast on Wednesday 19 February.

Keegan’s and Red Ned’s in Armagh scooped top awards alongside McCoville’s Bar and Head O’The Road in Portadown. The Corner House and Cellar Bar in Lurgan were also in the Top 100.

Courtney’s Steakhouse, Bank Bar and Bistro; and the Bridge Bar in Newry also scooped awards, as did Wine and Brine and The StillHouse in Moira.

A branded car for a year courtesy of Donnelly Group and Oasis Retail Services was won by the Cellar Bar in Lurgan. 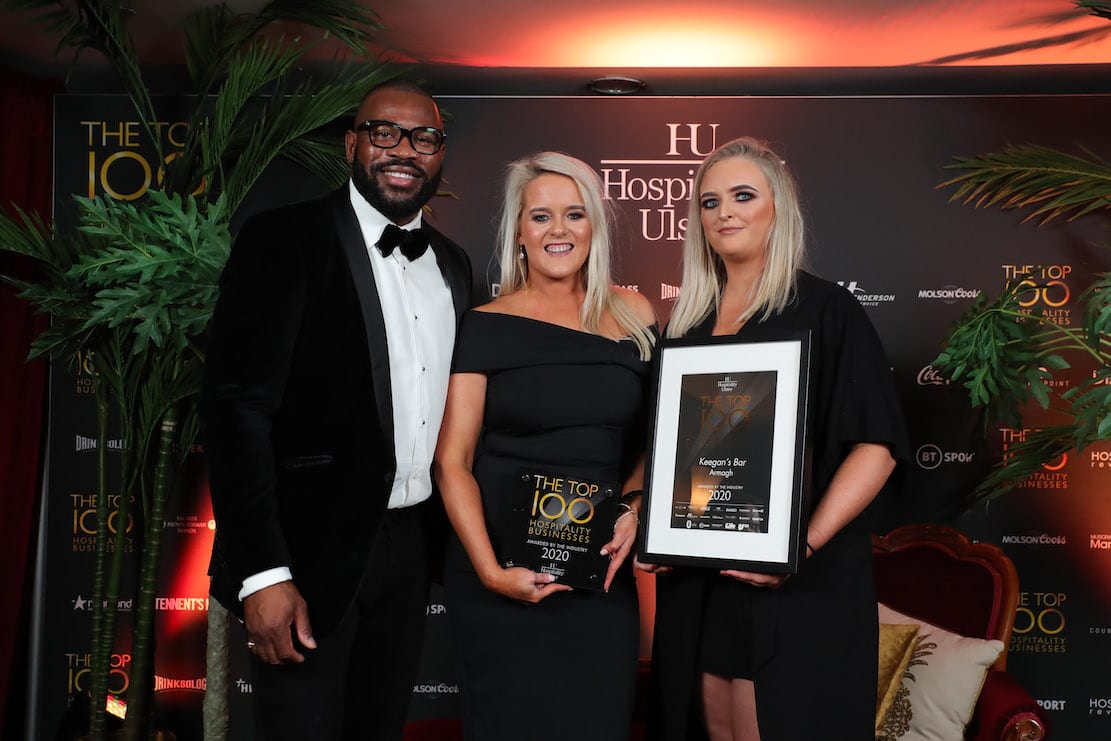 Recognising the huge contribution of all the Top 100 winners, each venue received equal recognition for their role in driving forward industry standards.

The prestige and honour of being recognised as one of Northern Ireland’s Top 100 hospitality businesses wasn’t the only thing up for grabs on the evening.

The 100 winners were all placed into a draw to win a range of spectacular prizes.

Lavery’s Belfast scooped a £1,000 advertising and marketing package courtesy of U105 and McAleer’s Dungannon won a place on a mini MBA course at Queen’s University Belfast.

All funds raised on the night were donated to The Benevolent, a charity that provides help and support to current and former employees of the drinks industry and their families.

The complete list of winners can be viewed online at www.top100ni.com.

Danny Coyles, Hospitality Ulster Chair commented after the awards: “We’re thrilled to shine the spotlight on the top hospitality businesses in Northern Ireland with the only awards, awarded by the industry to the industry.”

“The Top 100 Hospitality Businesses Awards recognise the businesses who through their premises, staff and product offer embody the very essence of the unique hospitality industry, committed to going the extra mile to deliver an authentic customer experience that matches both their target market and customer demographic.”

“The hospitality industry in Northern Ireland has no shortage of fantastic venues and so many businesses are at the very top of their game and we would like to congratulate all of our winners for making it in to the Top 100 this year.”