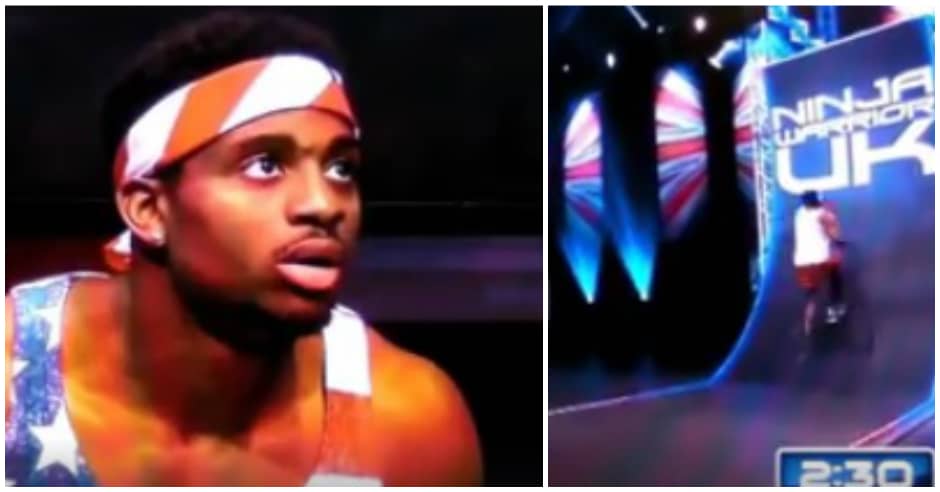 A county Armagh man has made the semi-final of ITV gameshow Ninja Warrior UK.

American-born CJ Jones, who now lives with his wife in Richhill, appeared on the Saturday night prime-time TV show last night — and didn’t he do brilliantly!

And CJ will be back on our screens early next month where he’ll be looking to replicate his performance, beating the course with two and a half minutes remaining.

Speaking to Armagh I, CJ explained why he decided to take on the challenge: “I decided to apply because I love sports and love challenging myself.”

The US native, who moved to county Armagh in May says he’s always watched the American version, so it was a no-brainer.

“I moved to Richhill in May after I graduated from college in America,” he said. “I’ve always watched the USA version and then my wife saw they were looking for contestants here and told me to go for it!

“I’ve absolutely loved every minute of the experience from the application, to the audition and getting the chance to be on the live show!

“It’s been great getting to meet other contestants and the presenters and take on the toughest obstacle course! I’d encourage people to apply for series four!”

The semi-final will be airing on either Sat 4 or the following week at 7pm so stay tuned to see how far CJ can go.