'I have been filled with doubt at times but I am very much looking forward to serving the church, initially in Drumcree Parish' 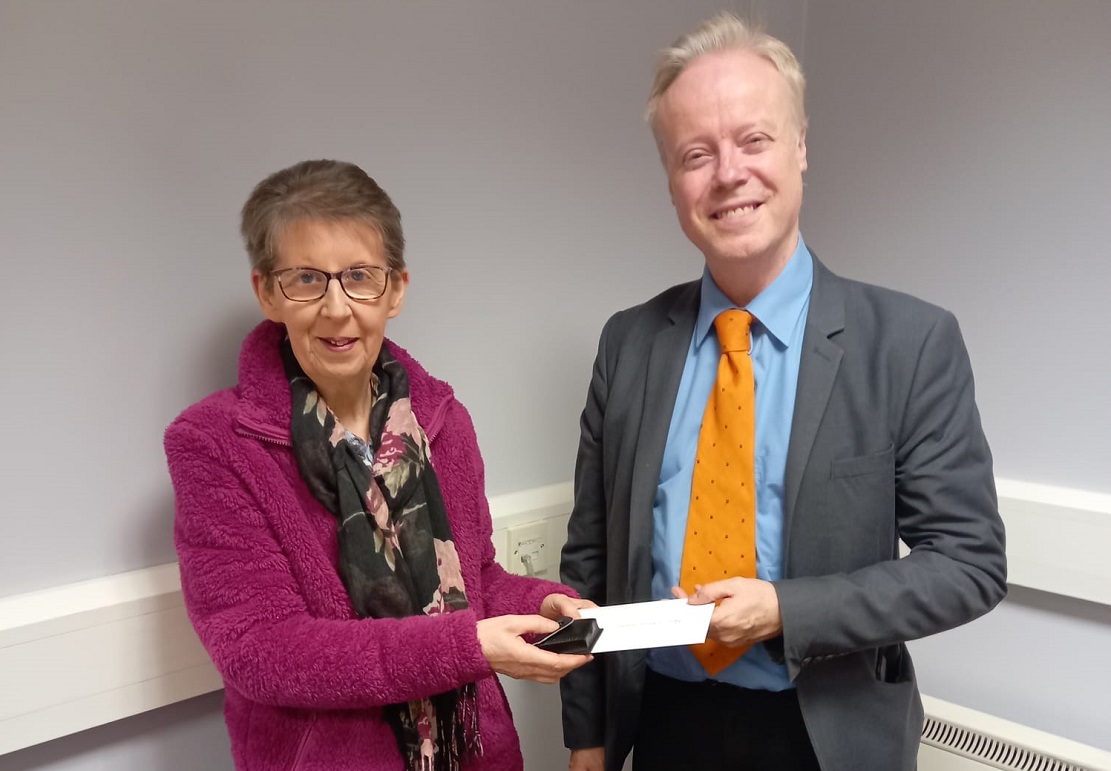 A Portadown man, who is head of music at St Catherine’s College in Armagh, is one of five new deacons to be ordained in the Catholic Church.

Eunan began his diaconate journey five years ago with a year of discernment, exploring whether becoming a deacon was something he should pursue.

He said joining SVP opened his eyes to the most vulnerable in society.

“One thing becoming a member of SVP has taught me is the depth of poverty that exists even in our own local communities,” he said.

“It is overwhelming how grateful people who receive support from SVP are. As well as providing a listening ear and a kind response, I have been fortunate enough to offer help to fellow humans in need which I believe is Christ’s wish for us.

“Although we don’t live in an overly charitable world, being a member of SVP has made me acutely aware of the needs of others.”

During a trip to Dublin to visit a composer friend Eunan stopped on O’Connell Street and took a homeless person to a nearby hotel, paying for his stay, and realised afterwards that this simple act had brought him great joy.

He said: “I hadn’t planned taking a homeless person off the street. Something moved within me to instigate change. While looking for somewhere to stay, we were both abused verbally. I realised and learned what it is like to be marginalised and rejected. Afterwards, when I found a place for the homeless man, I felt an overwhelming emotional sense of joy. It is so true that if we give we will receive abundantly.

“My father suffered from polio. I believe my father was graced with a cure at Lourdes. He was told he would never walk again by polio experts and when his mother took him to Lourdes, she met a surgeon from Liverpool at the baths who promised her that my father would be able to walk.

“My father did walk throughout his life and in his latter years he often implored me to go to Lourdes. Years after his death I decided to go.  Such an impact Lourdes made on me. I went as a singer and musician with Down and Connor Lourdes Choir but also individually, wheeling the sick, encountering the homeless and listening to the sick in hospital during conversations.

“I became interested in the human condition. I studied Person Centred Counselling at Queen’s University and then joined the Samaritans as a volunteer for two years. I studied trauma at Nottingham University, focusing on how music can help alleviate traumatic experiences.

“Then I studied sound therapy, specifically how resonance and sounds can induce meditation and probe into the subconscious. I feel that this pastoral exploration, unknowingly at the time, was developing alongside the spiritual exploration.”

Speaking about his journey to become a permanent deacon, Eunan added: “I can’t say it’s all been plain sailing. It has had its ups and downs and I have been filled with doubt at times but I am very much looking forward to serving the church, initially in Drumcree Parish, offering a way of encouraging others to be more involved in the church and bridging the gap between clericalism and layism.

“I am keen to work especially with young people to engage them as the church evolves.”

Eunan is also a member of the Synod Core Group in the Archdiocese of Armagh, a global initiative which gives people the opportunity to voice their opinions and share ideas of what they would like from the church.

Eunan has been congratulated by SVP area president for Armagh and Craigavon, Brendan McKernan.

He said: “Eunan has been a very active member of St Vincent de Paul since joining the society two years ago at one of the most challenging times in our history.

“We are grateful that he has been able to devote so much time and energy to SVP when he was also on a spiritual journey to become a deacon. We would like to congratulate Eunan and wish him God’s blessing as he embarks on this role of service in the church.”

SVP is an international charity and the largest voluntary charity in Ireland.

Its members in Northern Ireland work in all communities to support people who are experiencing poverty and social exclusion, promoting self-sufficiency and working for social justice.