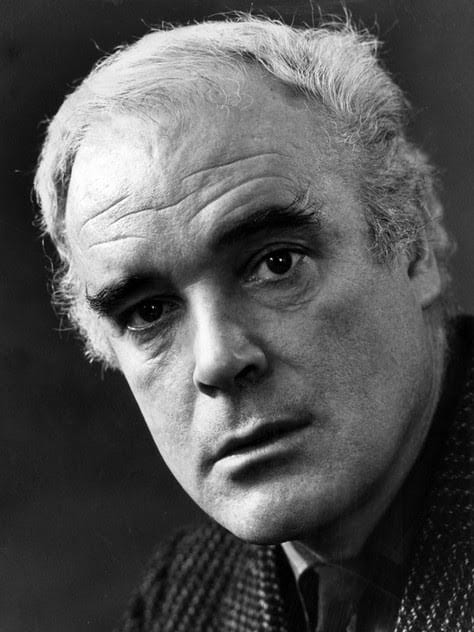 A Blue Plaque is to be unveiled in Armagh to mark the birthplace of Patrick Magee, a major figure in 20th Century theatre and cinema.

He was one of the most important character actors of his time, not least because of his associations with both Samuel Beckett, who wrote the play Krapp’s Last Tape specifically for him – its original title was ‘Magee Monologue’ – and Stanley Kubrick, for whom he appeared in both A Clockwork Orange and Barry Lyndon.

Born in Edward Street in 1922 and educated at St Patrick’s College, Magee started his theatrical career touring Ireland with Anew McMaster’s Shakespearian repertory troupe, before moving to England as part of director Tyrone Guthrie’s company in the early 1950s.

He went on to become a founding member of the Royal Shakespeare Company, combining his theatre career with work in film, TV and radio.

Some of his other notable theatre performances include McCann in Harold Pinter’s The Birthday Party and the Marquis de Sade in Peter Weiss’s Marat/Sade, which garnered him a Tony award on Broadway.

Other film work includes Masque of the Red Death, Zulu and Chariots of Fire.

He first trod the boards, as it were, as a student of St Patrick’s College, taking part in school plays. And he never stopped thinking of himself as an Armagh man: in fact, in an interview from the 70s he refers to himself as “a street fighter from Armagh”.

Now the life and work of Magee – who passed away in 1982 – is to be celebrated with the unveiling of a Blue Plaque on the house in which he was born, Number 2, Edward Street.

The plaque, presented by the Ulster History Circle and sponsored by Armagh City Banbridge and Craigavon Borough Council as part of the programme of the John Hewitt International Summer School, will be unveiled at 12 noon on Saturday, July 29, in the presence of some of Patrick Magee’s family and friends.

All are welcome. for the unveiling, which is to be followed by a reception with food and entertainment at the Market Place Theatre.