Cathal McSherry: Mourners hear of proud Keady man and music lover with ‘gift of the gab’ 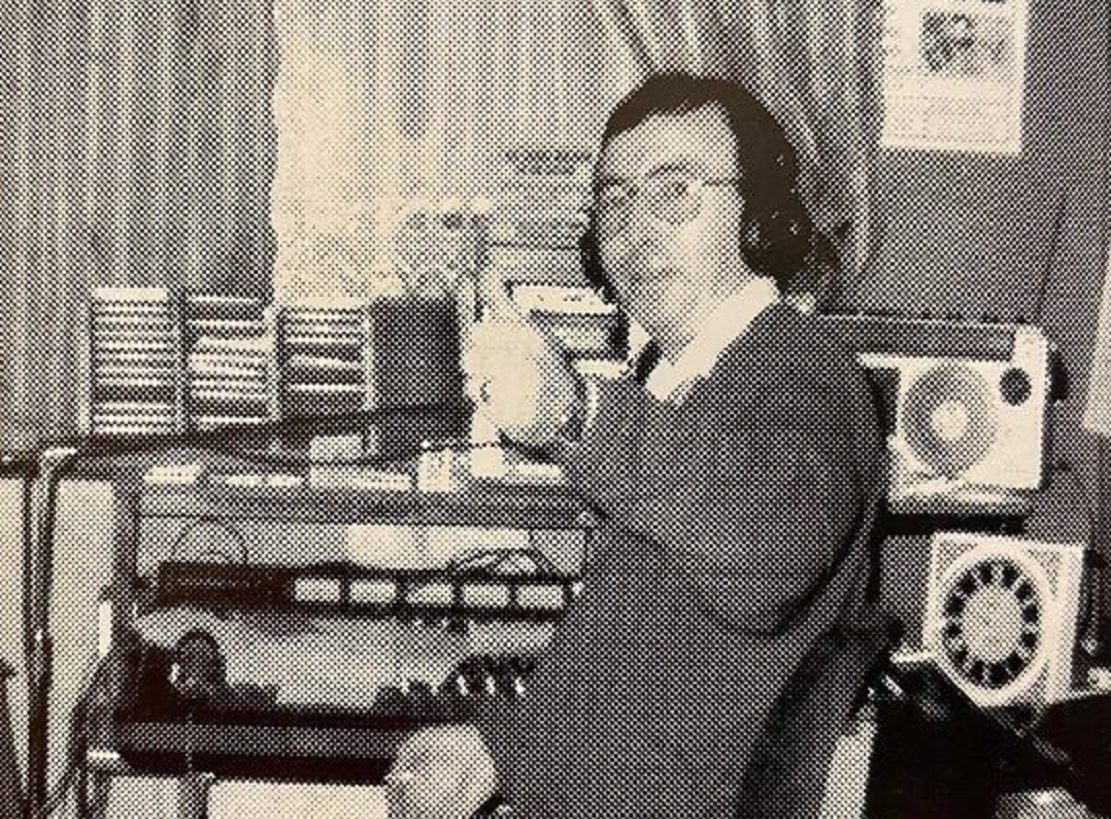 Cathal McSherry at work as a DJ

A man with the gift of the gab, who had a great love of music and the showbands, was just one of the many facets of the personality of Keady man Cathal McSherry, mourners at his funeral heard today (Monday).

He was also a person of faith, with  a great devotion to Padre Pio, a Keady man through and through, a keen walker and gardener and a devoted husband, father and grandfather, Fr Barry Matthews said.

Mr McSherry (79), who was well-known in the Armagh area, died peacefully at Craigavon Area Hospital on Saturday, following an illness.

During Requiem Mass at St Patrick’s Cathedral, Fr Matthews said that in the days before the funeral he had spoken to Mr McSherry’s wife Marie and sons Shane and Darren about his life.

“It was so lovely to get a glimpse of how the love of God reflected through their family life and family home,” he said.

Referring to the readings chosen for the service, he said that during Mr McSherry’s illness, the love his wife and sons showed was “definitely patient and kind, generous and gentle”.

And he remarked on the balance between life and death, laughter and tears, saying that the family would experience both as they remembered  the happy times they shared.

Fr Matthews said St Patrick’s Cathedral, which Mr McSherry loved, was the same church where he and his wife were married in January 1969 and that they had been “truly blessed” in their life together.

He said Mr McSherry lost his father when he was only four and his mum Annie was a hard worker who did all she could to bring him and his brother Paddy up in difficult days.

Reflecting on a varied life, he said Mr McSherry worked as a nurse in St Luke’s. He was also a radio presenter and loved dances and the showbands.

The weddings of his sons in 2008 brought him “so much joy” and Mr McSherry was equally delighted at the arrival of his four grandchildren.

“He also had great time for Feeney’s filling station on Railway Street where he would meet up with Kevin and the locals for a chat nearly every day,” said Fr Matthews.

In a Facebook post, Mr McSherry’s nephew Mark McSherry, who runs a barber’s shop in Armagh, said his uncle was an “icon” and “like a father to me”.

He said he had fought back tears as his uncle’s good friend Brian Corvan “played song after song and talked so beautifully about him on his radio show”.

Having worked as a projectionist in Armagh Cinema, known as the Ritz, before becoming a nurse, Mr McSherry’s love of films and the big screen rubbed off on his nephew who remembered his uncle taking him to the pictures in the 70s in Keady to see Bullet with Steve McQueen and “telling me to wear two pairs of socks” as it was freezing.

But he said it was his uncle’s love of music “that made him happiest in his life” and he was known to many by his radio name Ray McSherry on the Big M station.

In particular, he said his uncle had instilled in him the message to “grasp life” and above all to “do good” for others.

Mr McSherry, who was interred in St Patrick’s Cemetery, Keady, is survived by his wife Marie, sons Shane and Darren, daughters-in-law, grandchildren, brother, and large family circle. He was predeceased by his infant daughter Anna Marie.