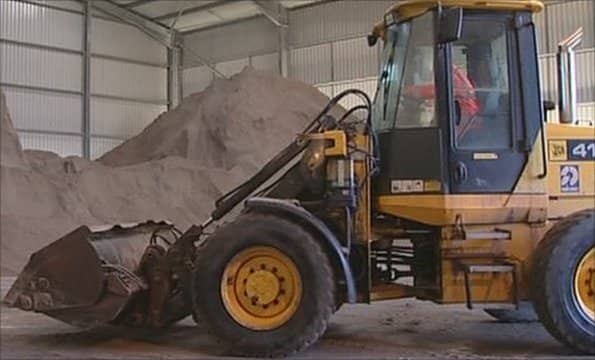 Car parks across the borough will NOT be gritted.

The cost of undertaking the work is too high and will provide all sorts of staffing and logistical difficulties.

Armagh City, Banbridge and Craigavon Borough Council assumed the responsibility for car parks from TransportNI when it was fully up and running at the start of April.

TransportNI did not grit car parks, and now the council is expected to adopt the same stance.

But, if it goes down that road, the matter could be subject to review in the event of severe conditions over a prolonged period of time.

That will be the recommendation going to the first 2016 sitting of the council’s environment services committee when it meets in Armagh early in January.

Both the former Craigavon and Banbridge Councils had received legal direction on the issues around gritting of car parks, which centred around liability.

The council has also been looking at the practicalities – and costs – surrounding the gritting of car parks.

It has been estimated it would cost almost £5860 to grit all car parks in the borough just once a day. And that’s for a standard manual gritting – made up of staff costs, fuel and the grit itself.

A mechanical grit would cost £4324 to cover all car parks once a day. It would mean hiring equipment – or buying new equipment – to see this through.

Banbridge is the only area that has any capacity to grit with a vehicle – a small pull behind spreader – which means the majority of work would involve staff throwing grit from the back of a 4X4.

Another issue considered is that employing council staff in gritting would take them away from their other duties, such as litter picking, which would suffer.

Councillors have been told that staff work mainly daylight hours, mostly 8am until 4pm, Monday to Friday, while car parks are open 24/7, meaning gritting would not be carried out at the most effective time.

The hourly rate for staff is at a flat rate; if they are required to work early mornings or evenings the rate is one-and-a-half and double time on Sundays.

In addition, there are also questions of what process would be in-place over weekends and holidays and who would decide if a car park needed gritted and how often they would be checked.

Council has been told that, without significant investment in mechanical gritting equipment and additional budget allocation for staffing costs, it would be unable to fulfil these duties competently over the winter months on a uniform basis across the borough.

This matter has already been discussed with party leaders on council and their view was that it should not grit car parks, but if conditions become severe for a prolonged period of time, the matter should be reviewed via a special meeting of the Party Leaders Forum.

The recommendation will go to the environmental services committee in January and will be subject to formal ratification later that month.