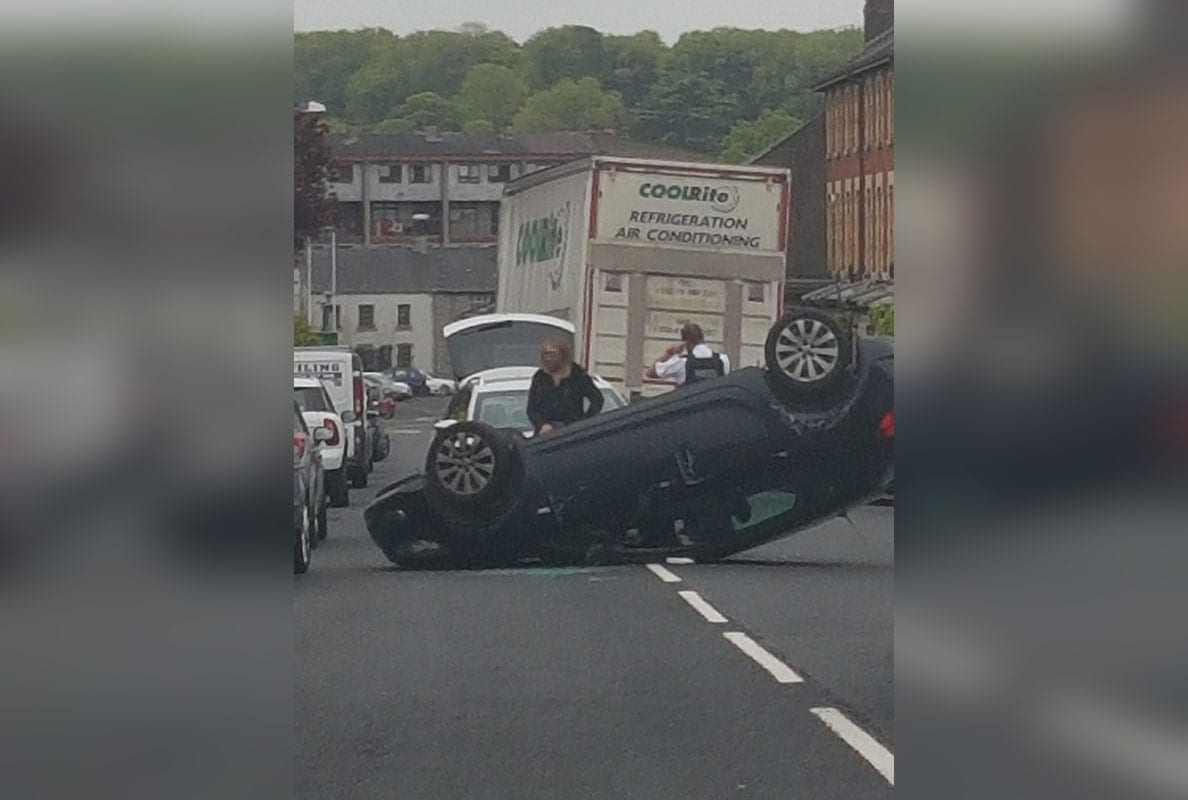 Police are currently at the scene of a serious road traffic collision close to Armagh city centre this morning (Tuesday).

Emergency services have also just arrived on the scene of the incident which happened on Victoria Street shortly before 11am.

It is understood a number of vehicles have been damaged as one lies on its roof in the middle of the road.

One eye-witness, who arrived on the scene from the Portadown Road direction, said he was shocked to see a car on its roof.

Another said they heard a bang but did not witness the collision.

It remains unclear at this very early stage how many vehicles were involved or if there are any serious injuries.

There are no further details at this stage. This story will be updated as more information becomes available.