Can you help find owner of ‘distinctive’ pocket watch found in Armagh hedge? 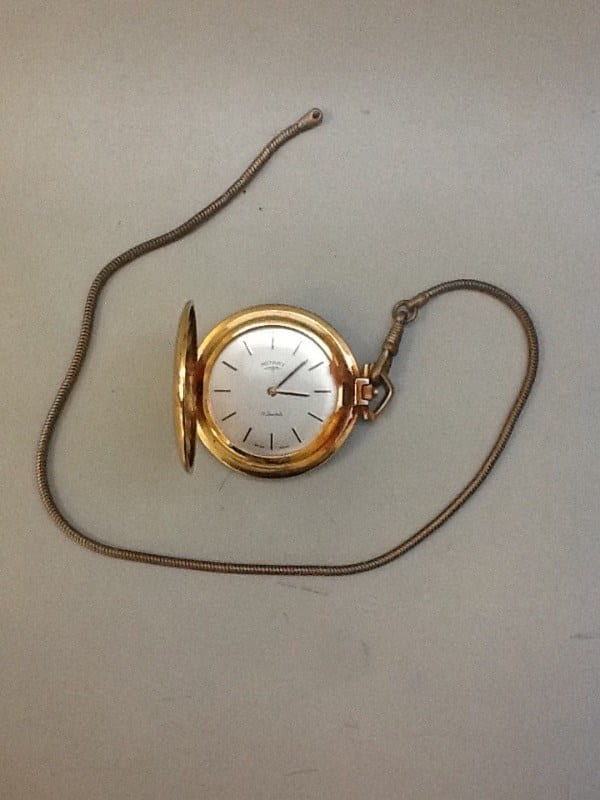 A public appeal for help has been made to try and find the owner of a pocket watch found in Armagh.

The PSNI says a member of the public discovered a jewellery box in a hedge and handed it in this morning. The find was made in the Killuney Road/Portadown Road area of the city and this watch – described by police as “very distinctive due to its markings” – was in the jewellery box.

Police say: “At the minute we cannot locate an owner and have no reports of any burglaries or thefts were these items may have been taken.”

If anyone knows who might own it or recognises it they should contact police in Armagh on the non-emergency number 101, quoting reference 287 of 18/02/16.