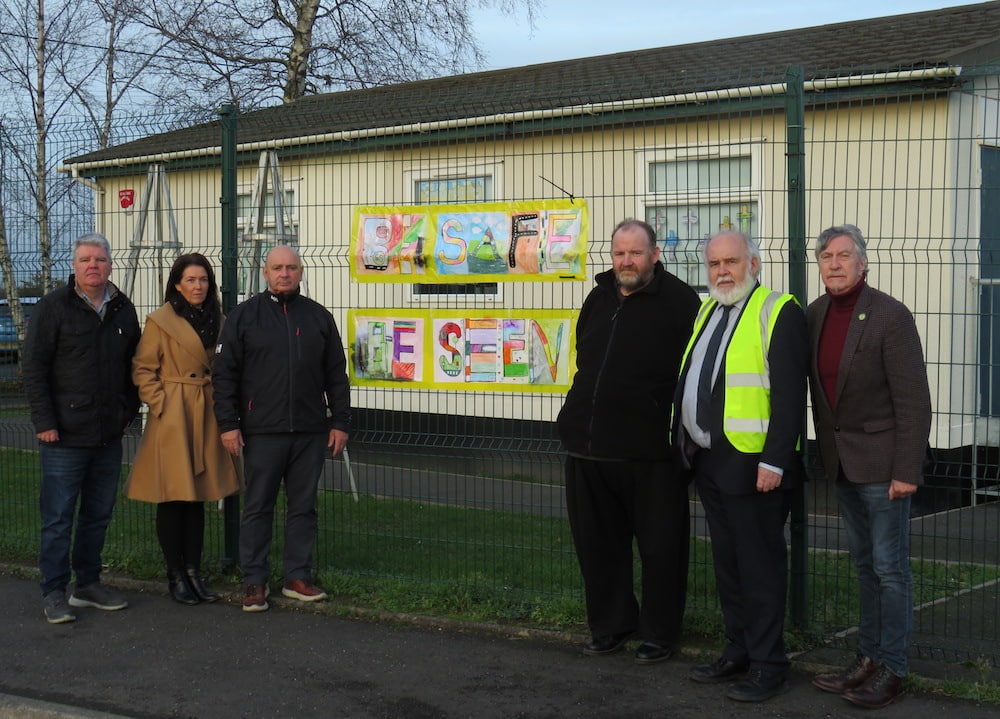 A principal of a rural County Armagh primary school has spoken of the impact speeding drivers is having outside his school.

Jim McAlinden, principal at St. Peter’s Primary School in Collegelands, has raised concerns around the dangers posed to both staff and children by inconsiderate drivers.

Sinn Féin MLA Cathal Boylan said the issue must be remedied as a priority after he, and local representatives of his party, met with Mr Alinden.

“The principal made his concerns clear to us about the dangers posed to both children and parents at the site,” said Mr Boylan.

“In particular, the issue of drivers travelling past the school at excessive speeds, even at high traffic pickup times such as this afternoon, was one of real concern.

“We will be meeting the school again in early January to discuss the next steps in this important campaign.”

Councillor Fergal Donnelly added: “It’s important that the roads outside of schools be safe for both parents and children.

“We will be speaking to all groups to see what options can be pursued to improve road safety for children and parents here in the short term.

“It is also important that all drivers be both respectful and responsible when travelling through school zones such as this and that they ensure they travel at a safe speed to minimise the risk of an accident occurring.”