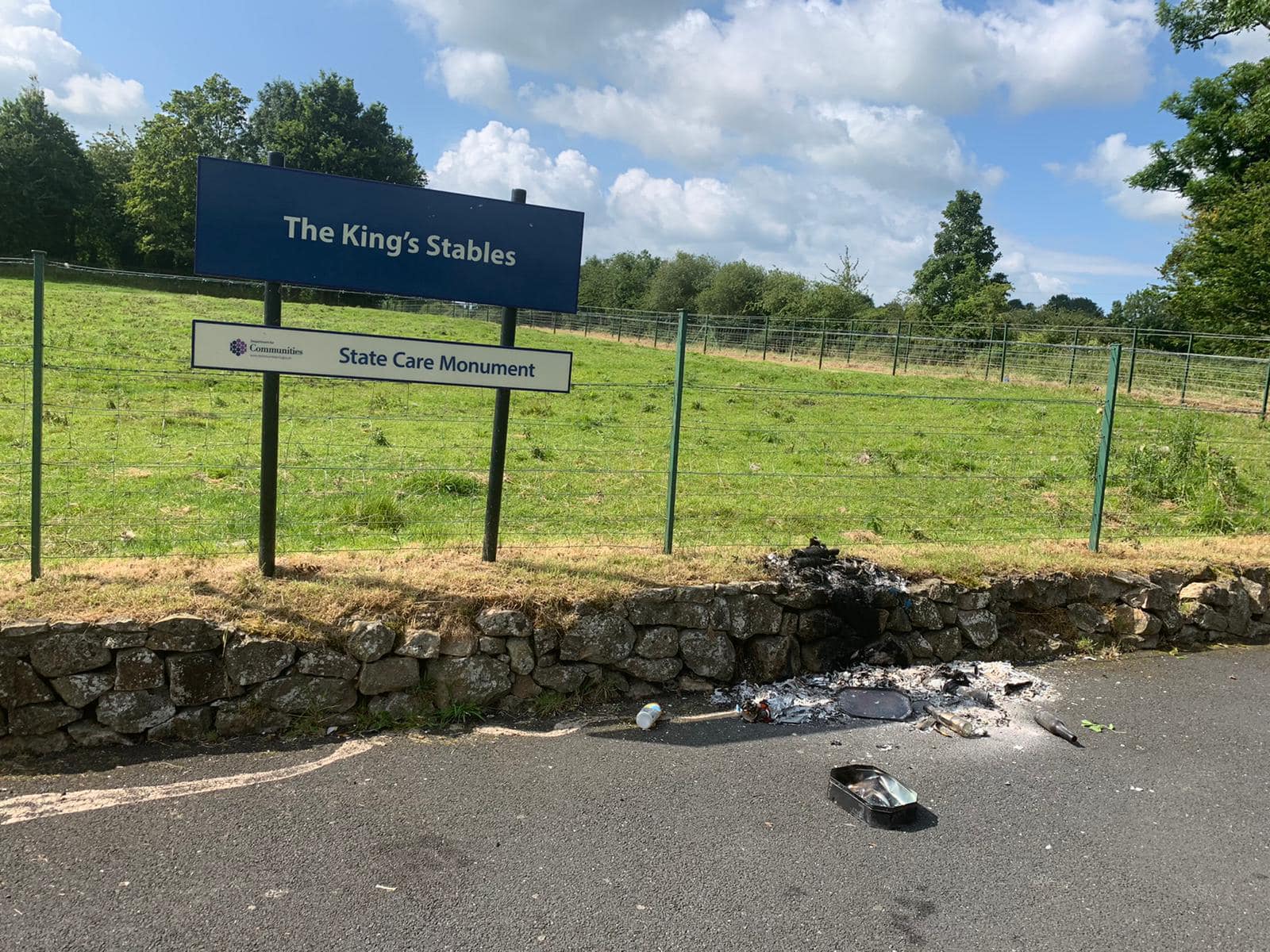 Calls have been made for a better police presence at an ancient archaeological site in Armagh after a fire was lit close-by.

A spokesperson for the Navan Fort & Area Heritage Community Group have branded the incident a “disgrace” after a member of the group spotted the charred remains of the fire while out walking with his dogs.

The King’s Stables, at Navan Fort, is an ancient site dating back to the late Bronze Age, (c. 1000–500 BC). It derives its name from legend that the King of Ulster used it to water his horses.

The Community Group spokesperson said the fire was “clearly the result of a group of people out drinking and lighting a fire which was left behind”.

Cans and bottles can be seen among the ashes.

The group have contacted Council to clean it up, which will come at the expense of the ratepayer.

“Moving forward we need more accountability around this sacred site,” the spokesperson said.

“This is a well-known drinking spot and the general area is known to be a place people use for the exchange of illegal substances.

“We need a better presence here from the PSNI on their evening patrols to discourage this antisocial behaviour.

“If anyone knows anything about this please get in touch with the group. Things like this can spread into larger fires and could cause widespread damage to this site.”