Callan River path milepost gets facelift thanks to Armagh schoolboy 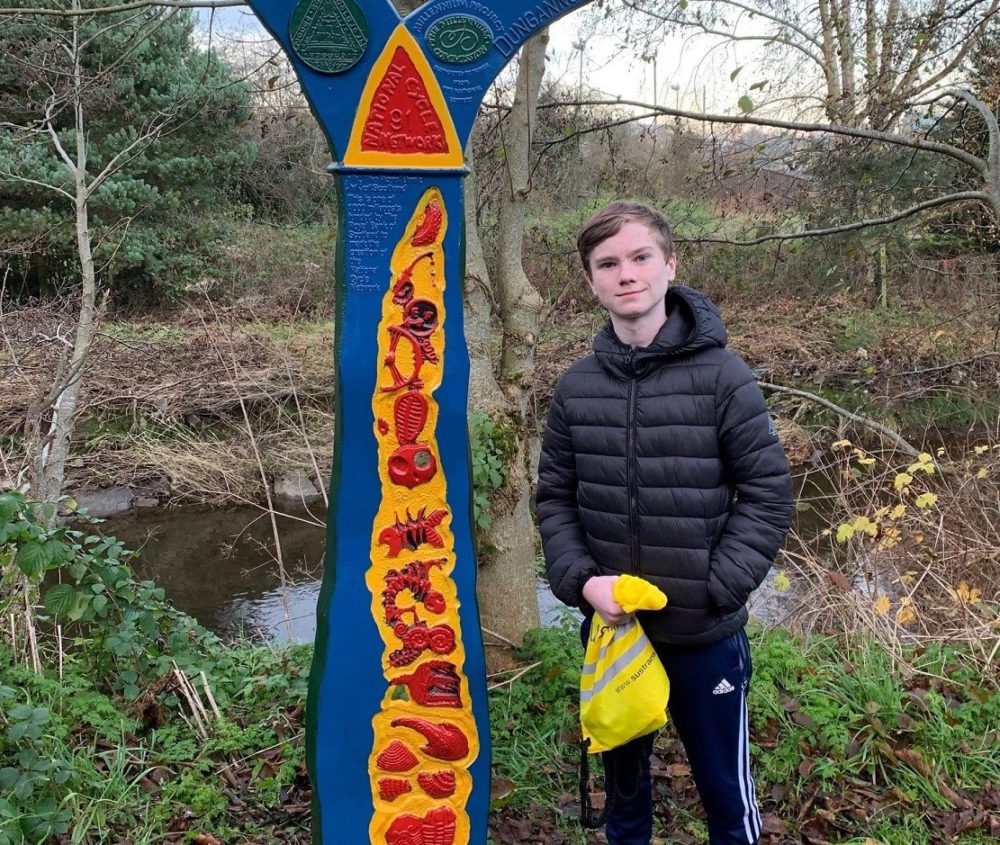 The winner of the Friends of Callan River design competition, Sean Toner, pictured at the milepost which was painted by volunteers from the walking and cycling charity Sustrans.

A Millennium Milepost along Armagh’s Callan River has been given a facelift thanks to the creativity of a local schoolboy and the efforts of volunteers from walking and cycling charity Sustrans.

The Friends of Callan River group enthusiastically responded to Sustrans’ suggestion of a design competition to paint the milepost, which was erected on the path which forms part of the National Cycle Network (NCN) in the year 2000.

The winning design came from Sean Toner, a junior member of the group who also helps at the allotment site. A team of volunteers from Sustrans, which oversees the NCN, recently undertook the work to transform the 22-year-old milepost in keeping with young Sean’s vision.

Rachael Ludlow-Williams, Sustrans Volunteer Development Coordinator, said: “Credit to Sean for coming up with such a vibrant, colourful design which will be enjoyed and admired by all who use the NCN path along the Callan River.

It’s been fantastic to see the response from residents to the milepost makeover and we hope to paint the River Folly milepost, with a local design, in the spring.”

Many local people regularly walk along the Callan River path – officially NCN route 91 – which has now been enhanced by the artwork.

One passer-by said: “My wife and I walk here once a week and it’s so much brighter now to walk past.”

The Millennium Mileposts are cast-iron sculptures that help people navigate the National Cycle Network. There are four different milepost designs in both rural and urban locations on routes all across the UK.

Sustrans commissioned four artists from the four countries of the United Kingdom to design these artworks. Unveiled in the year 2000, they are a celebration of the freedom and diversity of the National Cycle Network.

They can be found at scenic spots on the Network, such as Armagh’s Callan and Folly Rivers, check on Sustrans map and find mileposts in your area https://www.sustrans.org.uk/national-cycle-network/millennium-mileposts/#map