As litter levels coupled with lack of grass cutting are described as being at crisis point, one councillor fumed: "We need someone to grab this department by the scruff of the neck at a high level and get it sorted out. It is a poor reflection on this council that we cannot deliver simple services for our ratepayer." 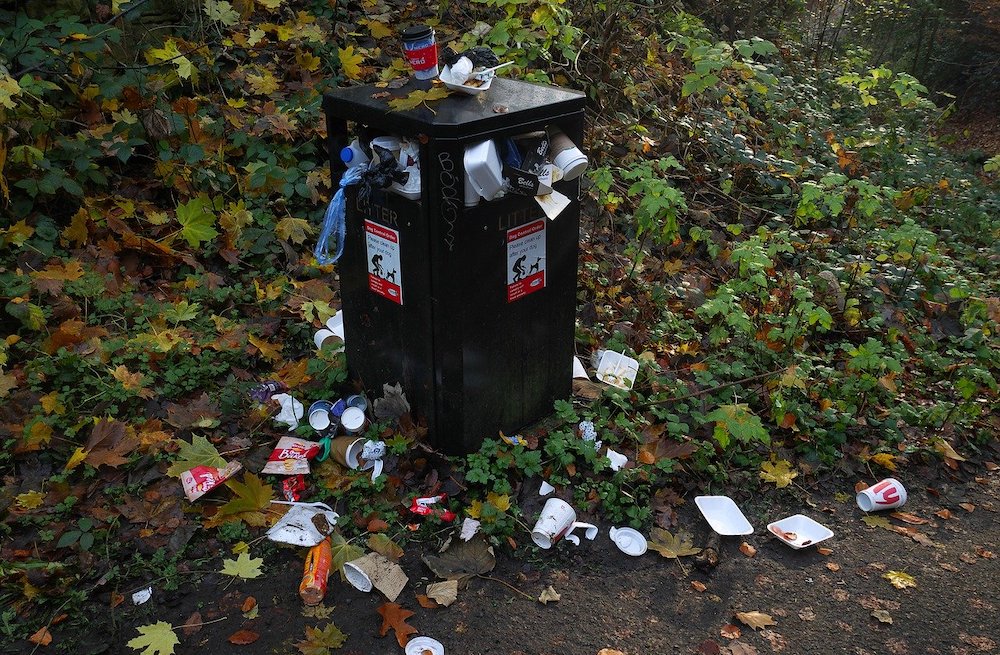 Armagh City, Banbridge and Craigavon Borough is to assess what immediate action it can take to cut grass and help improve the cleanliness of the borough after one councillor claimed: “We are not getting the ABCs right in ABC.”

The issue was raised at the council’s monthly meeting by DUP group leader Councillor Mark Baxter, who told the chamber the borough is an “absolute mess” and criticised the state of the local authority’s environmental services department.

“Those who took industrial action are very entitled to do so and I don’t think that is the issue,” he said.

“I think it is a good excuse to be able to say they were on strike for two weeks but, when you scratch the surface, road sweepers have not been moving for two to three months.

“We just don’t have enough staff to do the job and give this borough the treatment it deserves.

“We need someone to grab this department by the scruff of the neck at a high level and get it sorted out. It is a poor reflection on this council that we cannot deliver simple services for our ratepayer.

“I want to know what is going to be done, something needs to be done very urgently and I would propose we look at agency staff to bring them in to start cutting the grass.”

Alderman Ian Burns said he was in agreement with Councillor Baxter and told the chamber he would happily second the proposal in an effort to get the issue sorted as soon as possible.

Council’s strategic director of neighbourhood services, Sharon O’Gorman accepted “the service in some parts of the environmental services department is not at the standard we want it to be” and said a recruitment process is currently underway within the department.

“The recruitment process is progressing well and we would anticipate those posts will be filled between now and the end of June,” said Ms O’Gorman.

“I do take on board the members comments and if there is anything else we can do in the interim we are happy to explore and investigate that.”

SDLP group leader Councillor Thomas O’Hanlon asked the chamber to give officers time to “deliver their plan” to tackle the problems with bin lifts, grass cutting and street cleansing currently besetting the borough.

Councillor Paul Greenfield said he was of the view something needed to be done in the short term to get the grass cut and claimed he had been told “a rota isn’t available at the minute because of staff shortages”.

Councillor Catherine Nelson thanked staff for their efforts but called for more open and transparent dialogue with the borough’s residents who pay for services they expect to be delivered.

“The public are not aware of our plan and they deserve to know,” said Cllr Nelson.

“They are paying for these services and rightly expect them to be done and done properly.”

Councillor Darryn Causby said this was an issue that will not solve itself and claimed it is clear council is struggling to deliver basic services at present.

“Truth be told we are not getting the ABC’s right in ABC and that is where we are coming unstuck as a council,” he said.

“Basic services are not being delivered correctly across the board. I accept that we have a piece of transformation to go through but that does not fix the problems we face today and I think we are ill-prepared to deal with it and that is my honest assessment.

“I don’t care who cleans our streets but it is no longer acceptable to say we are working through a process and things will get better, they won’t today but this needs sorted now.”

Alliance Party Councillor Peter Lavery said it was a “big issue that needs big solutions” and called for greater communication between officers and councillors and council and the general public to help “soothe anger” over the current situation.

He also told the chamber he would not support the use of agency staff brought in for an unknown cost on unknown terms and conditions though did suggest redeploying staff or using overtime to tackle the problem would be measures he could support.

Councillor Paul Berry said he could “understand the frustration” around this issue and noted he had even been asked by constituents “if council has stopped street cleansing”.

Councillor Keith Haughian said the issue has existed for a long time but told the chamber patience and trust in council’s senior management team to get this right is required.

“As frustrated as I am, officers have set out a plan that will see people in place to tackle these issues by the end of June,” he said.

“We are all frustrated but the plan is in place and I would ask officers to put all hands to the wheel. If we have enough staff on board we can start putting this into place. We need to stay calm and get the plan in place as soon as possible.”

Ms O’Gorman told the chamber job offers had already been made and those applications are being worked through the HR process at present.

Cllr Baxter said he would propose that the council looks at how it can use agency staff or redeploy its own staff to get the grass cut and temporary sweepers in to “sort the crisis we are in now”.

Ms O’Gorman reiterated her confirmation the recruitment process has started and told the chamber officers will assess any viable actions that can be taken in the short term to address the issues raised.