Books in place in Armagh, Banbridge and Craigavon as well as online 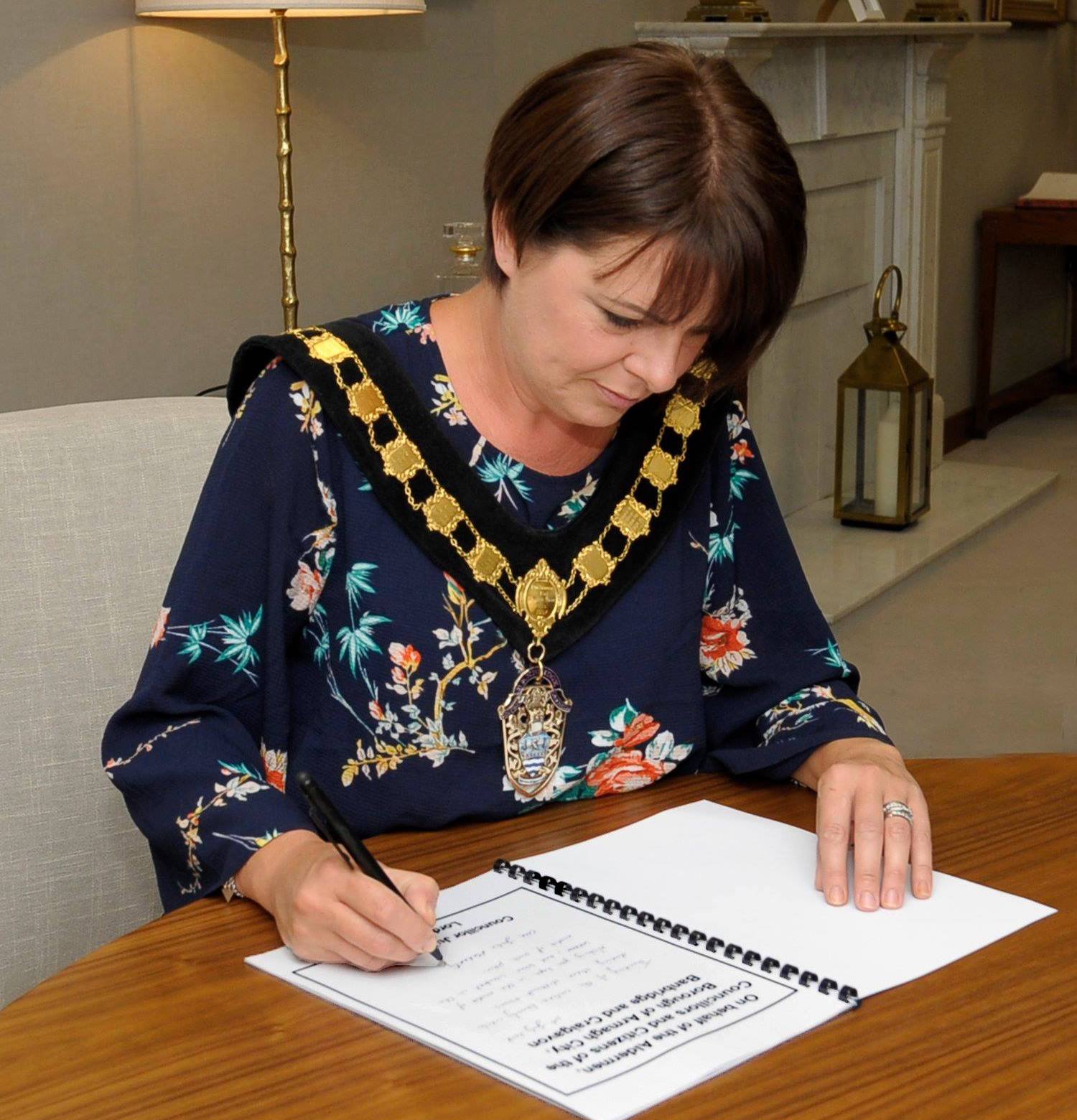 Road race fans can pay tribute to the late William Dunlop with Books of Condolence in place across the borough.

The 32-year-old from Ballymoney was laid to rest on Wednesday.

He died at the Skerries 100 in Co Dublin on Saturday.

William’s father, Robert, and uncle Joey both lost their lives through their love of motorcycle racing.

As huge crowds attended his funeral on Wednesday to pay their respects and show their support for the Dunlop family, people in Armagh City, Banbridge and Craigavon Borough Council area are being given the opportunity to do the same.

Books of Condolence have been opened by the Lord Mayor Julie Flaherty.

They are available at the Palace in Armagh, Craigavon Civic Centre and Banbridge Civic Building.

Lord Mayor Flaherty said: “People across the borough have been shocked and saddened with the tragic news that unfolded across our airwaves and television screens last weekend.

“I wish to extend my deepest sympathies to the entire Dunlop family at what is a very difficult time.

“William was a dedicated, family man and sporting legend who will be remembered for many achievements locally here amongst the biking fraternity in Tandragee where he saw many wins.”

Due to the public holidays the buildings will be closed on Thursday and Friday, July 12 and 13, but will reopen on Monday, July 16.

People will still be able to sign online during this period.

The Books of Condolence will remain open and in place until Monday, August 6.