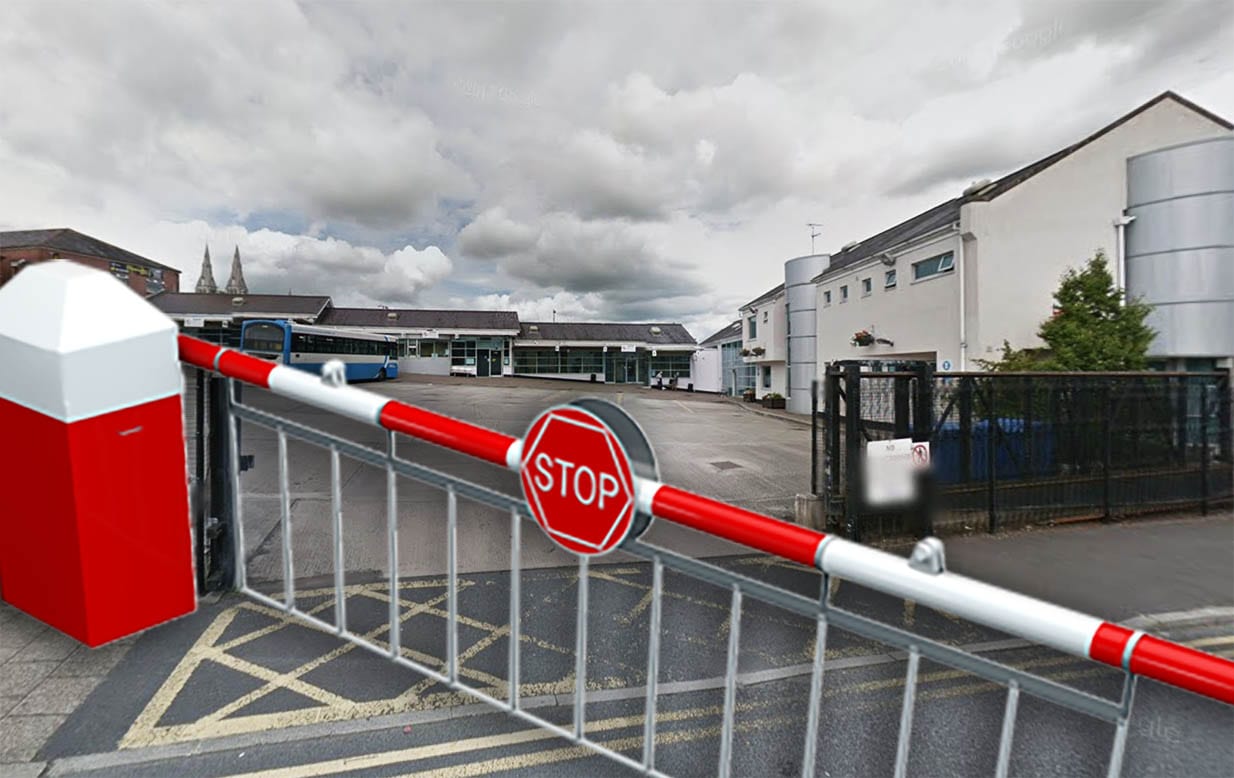 New barriers could be erected at the bus station in Armagh in a bid to improve public safety.

The vehicle barrier system would be put in place at both the exit and entrance, accessed via the road which leads to Loudan’s Mews from Lonsdale Road.

At present, more than 2000 people pass through the bus depot on Lonsdale Road on a daily basis.

The large yard – which includes 12 bus stands – is left open during the course of the day.

And, according to one member of staff who did not wish to be named, there have been problems over the years with members of the public driving into the bus yard to drop off passengers.

They said: “People have even come in in the past and parked to use it as a short cut up through to the Shambles.

“There are signs up at the vehicle entrance and exit to warn that there should be no pedestrians access from that way either, but we do see people walk in off the street, even more so since B&M Bargains opened and people can walk directly across and through, even to make use of the toilets.

“People are usually encouraged to drop their passengers off at the Lonsdale Street car park, next to the bus station, and for pedestrians the access is also directly from Lonsdale Road, directly through the building and to the bus stands. There is also disabled access as is required by law so should be no need for anyone to either walk or drive into the main bus yard.

“People who did this are putting themselves and others at risk when there is no excuse.”

The safety barriers plan, it is hoped, would eradicate any such problems.

The gates are kept locked in the evening, but barriers would restrict access to authorised staff and visitors only during daily hours of operation.

A planning application for the installation of the new barrier system has been submitted to Armagh City, Banbridge and Craigavon Borough Council and will be publicly advertised next week.

The submitted is expected to be given the approval required early in the New Year.