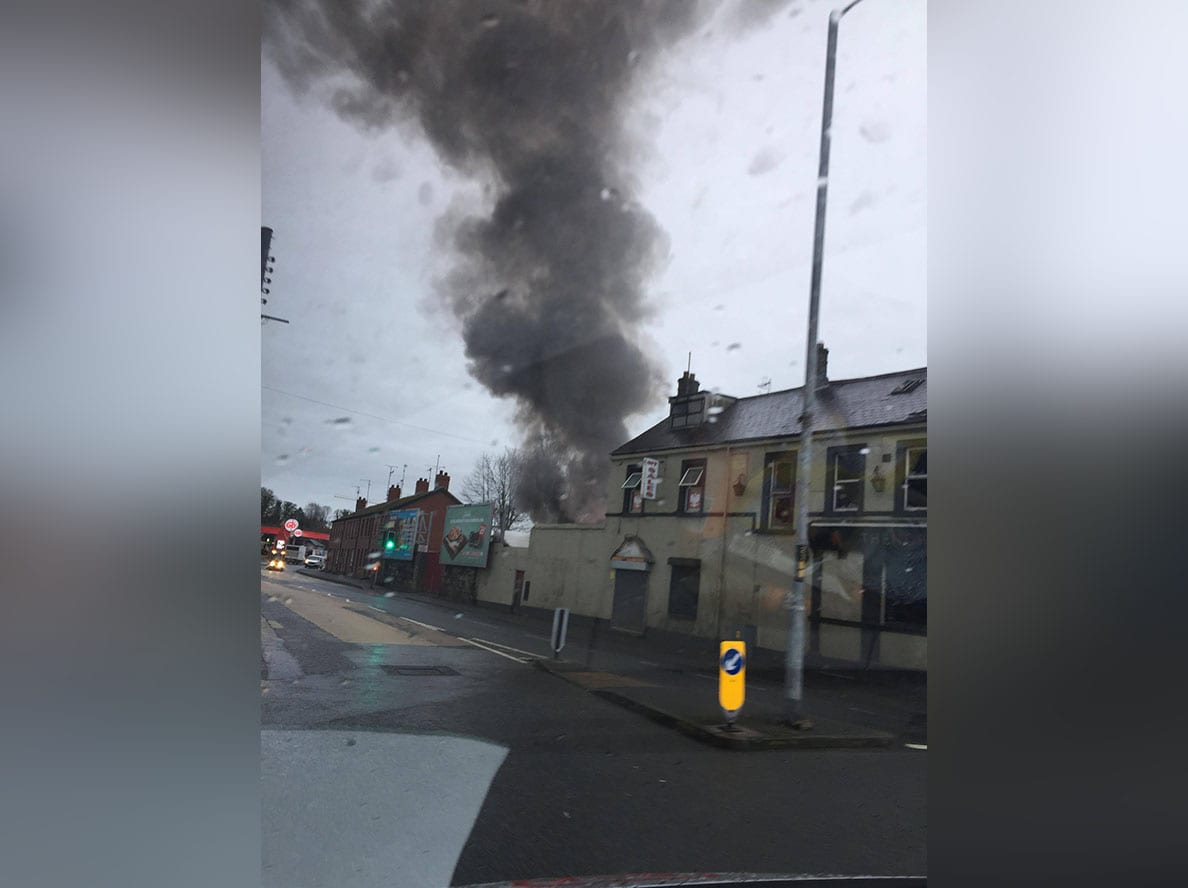 A popular Armagh bar extensively damaged in an arson attack a fortnight ago has been targeted again.

Emergency services were called to the incident to the rear of the Railway Street property following reports of a large fire earlier this morning (Monday).

Police said they are now treating the fire as arson and will be investigating.

Sergeant Moffett explained: “We received a report shortly after 7:15am that a marquee located outside, to the rear of the premises, was on fire.

“Police attended, along with the NIFRS who extinguished the blaze.

“NIFRS have ruled this to be deliberate ignition and so we are treating this as arson at this time.

“I want to appeal to anyone who was in the area around this time and saw what happened, or anyone who has information which could assist our investigation to contact us on the non emergency number 101, quoting reference 435 of 18/03/19.”

In a separate incident, police say they are investigating a car, described as a black Nissan juke, which was set on fire at approximately 5am this morning.

This happened in the Lisanally Villas area of Armagh.

The bar had opened over the weekend and hosted a St Patrick’s party in the courtyard to the rear.

A marquee and temporary bar had been erected to host the event.

If you have any information that would assist police with the investigation please contact 101 quoting serial 382 of 18.03.2019. They have not confirmed whether this incident has been linked to the fire at the Northern Bar.

Two weeks ago, following the attack on the bar, a car was set on fire in the Mullacreevie Park area, which place said was linked.