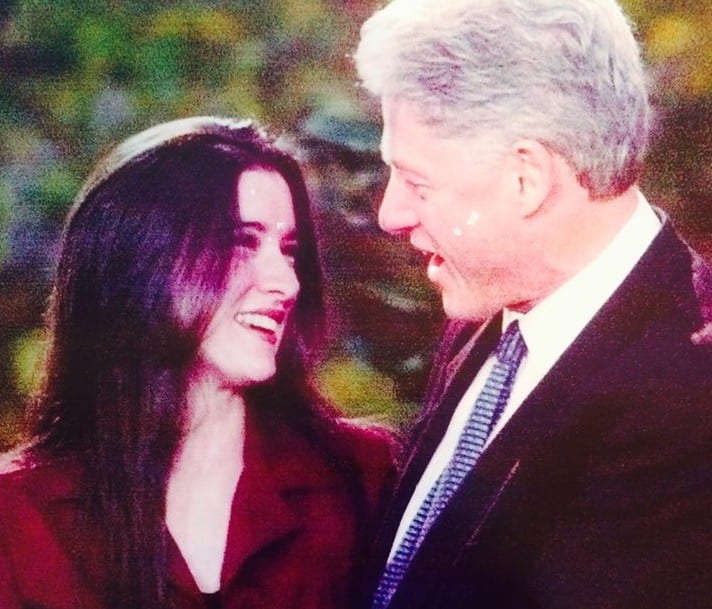 The series which brings together people who share in an extraordinary life story with the SDLP councillor featuring in tonight’s episode at 7.30pm.

This week the focus is on young people involved in President Bill Clinton’s visits to Ireland during the Peace Process. The documentary tells the tale how four young people from Northern Ireland were chosen to be integral parts of the Clinton visits to Ireland but Armagh woman Sharon Haughey’s is perhaps the most extraordinary.

Sharon is the one person who is linked to all Presidential visits to Northern Ireland and most notably in 1998 when at 17-years-old, she famously introduced the President on the Mall in Armagh.

Her heartfelt speech was broadcasted around the world, and she soon became a symbol of hope.

Having maintained a lasting friendship with the former President, Sharon also remarkably worked for Hillary Clinton in the US senate.

Most recently Hillary Clinton described Sharon ‘an old friend’ in her autobiography.

Soon after Sharon’s return from Washington DC she became involved in elected politics and is well known as a local SDLP councillor for over a decade now. In 2012/13 Sharon was Lord Mayor of Armagh City and District.

The half hour long documentary will feature the Armagh woman recalling her memories of the Clinton visits and meeting up with other young people who were touched by the significant visits of the first ever US President to visit Northern Ireland.

A must watch at 7:30pm on Monday night, and its sure to be a trip down memory lane of that amazing September evening in 1998 when the people of Armagh united for the Gathering for Peace.