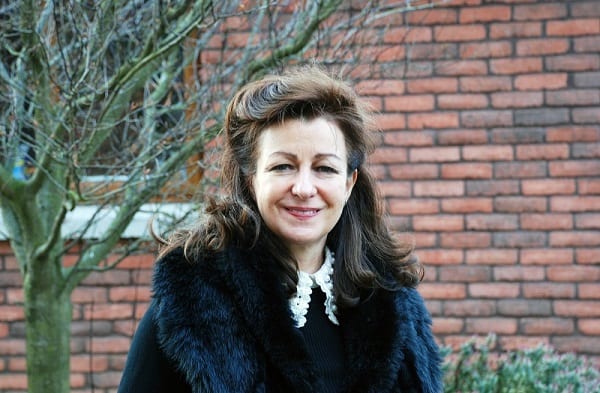 Two years on from being diagnosed with breast cancer, Fiona Terrins is making some big changes in her life and looking to the future with HOPE.

The working mum from Armagh had been for a routine mammogram the previous year, but says she began feeling ‘seriously under the weather’. When she found a lump, she went straight to her GP.

Tests revealed she had a particularly aggressive form of breast cancer which required lumpectomy surgery, followed by chemotherapy and radiotherapy.

“I’m a fiercely independent person. It’s normally me looking after other people, so this was a real shock to the system,” said Fiona.

“Half way through my chemo’, when I was finding it difficult to cope with the simplest of household tasks or even getting up and out of bed, my son cut short his gap year in Australia and came home to help.

“I was told that not everyone loses their hair but I did, as a result of my treatment, and that hit me really hard. It sounds vain, I know, but it meant that, when I looked in the mirror, I didn’t recognise myself. I couldn’t pretend everything was OK. It was a constant reminder of my cancer.”

Fiona was a Senior Lecturer at the Southern Regional College – a job which involved a lot of travelling from one campus to the next.

She says: “I was totally stressed out. I was a single mother with a son sitting A’Levels and my full time job felt like a seven-day-week commitment, not five. That’s fine when you have lots of energy, like I did, but that was the first thing I lost. Energy.

“I decided to leave work. And, now that I’m back to my old self, I think it was the right decision. I’ve had some job offers but I’m looking for something that’s right for me now. I’m looking after myself.”

Almost a year after her diagnosis, Fiona spotted an advertisement for the Macmillan HOPE programme.

Designed by Coventry University, the six-week course has been adapted by Macmillan Cancer Support to help people affected by cancer. HOPE, which stands for “helping overcome problems effectively”, offers people the chance to share their own experiences of cancer with others who have also been affected.

Fiona says the course couldn’t have started at a better time for her: “I was already well on the road to recovery. I was singing in two local choirs twice a week but this was an opportunity to mix with people like me.

“Some people were just starting treatment. Others had finished. We were all different ages and from different backgrounds but we all had one thing in common: cancer.

“There was no ‘putting on a brave face’ to protect our families. We could all open up and have conversations we simply couldn’t have had at home. It was an opportunity to open up and be honest with yourself.

“Most of us have stayed in touch and I’m now in the process of ringing everyone to arrange a get together. Not a support group – that’s not for me. A catch up with friends.”

Macmillan will be running a HOPE course in the Armagh City Hotel from 1st June – 6th July. The course will run each Wednesday from 5.00 – 7.30pm. To register your interest, or to find out more, please contact Julie Hill at JHill@macmillan.org.uk or telephone our Belfast office on: 028 9070 8610.