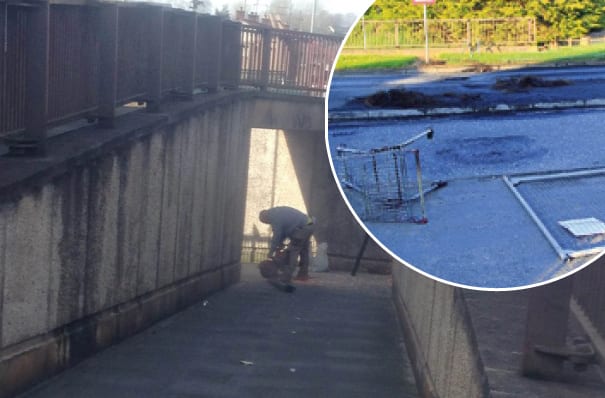 An area of Armagh city plagued by anti-social over the years is set to get a £24,000 facelift.

The pedestrian underpass on Friary Road is finally set to be closed off following years of complaints by residents in the area.

The project involves removal of the steps at the Emania Terrace entry point to the underpass and the installation of a new fenced area.

It will complement an alley-gating scheme which was completed last year and which was also financed by the DSD.

Design work and contract management is being carried out by Transport NI.

Welcoming the project Social Development Minister Morrow said: “I am aware of the problem of anti-social behaviour which has existed in this area for many years and which has been having a major impact on the quality of life for the surrounding residents. This project will contribute significantly to the reduction of the anti-social behaviour and restore confidence and feelings of safety among local residents. The appearance of the area will be vastly improved.” The Minister acknowledged the role played by the Armagh Neighbourhood Renewal Partnership Board, and the Department for Regional Development.

“To date my Department has invested over £5million on a range of projects and programmes in Armagh to help enhance the physical environment and also improve the health, education and employability of the residents and close the gap between the quality of life for people in the most deprived neighbourhoods and the rest of society.”

Fiona Kelly, Chair of the Armagh Neighbourhood Renewal Partnership also welcomed the news saying: “I grew up in Niall’s Crescent and raised my family there, so I fully understand the impact of anti-social behaviour that was an unfortunate by-product of the tunnel. I am delighted that as a community representative I able to work with all the statutory agencies and the Neighbourhood Renewal Partnership to help address the issue.”

Known locally as the ‘Tunnel’, the location is renowned for young people gathering to drink carry-outs, light fires and generally cause annoyance, fear and intimidation for the local residents, many of whom are elderly or have young children.

In one incident, residents at Nialls Crescent had to be evacuated after a shed caught on fire.