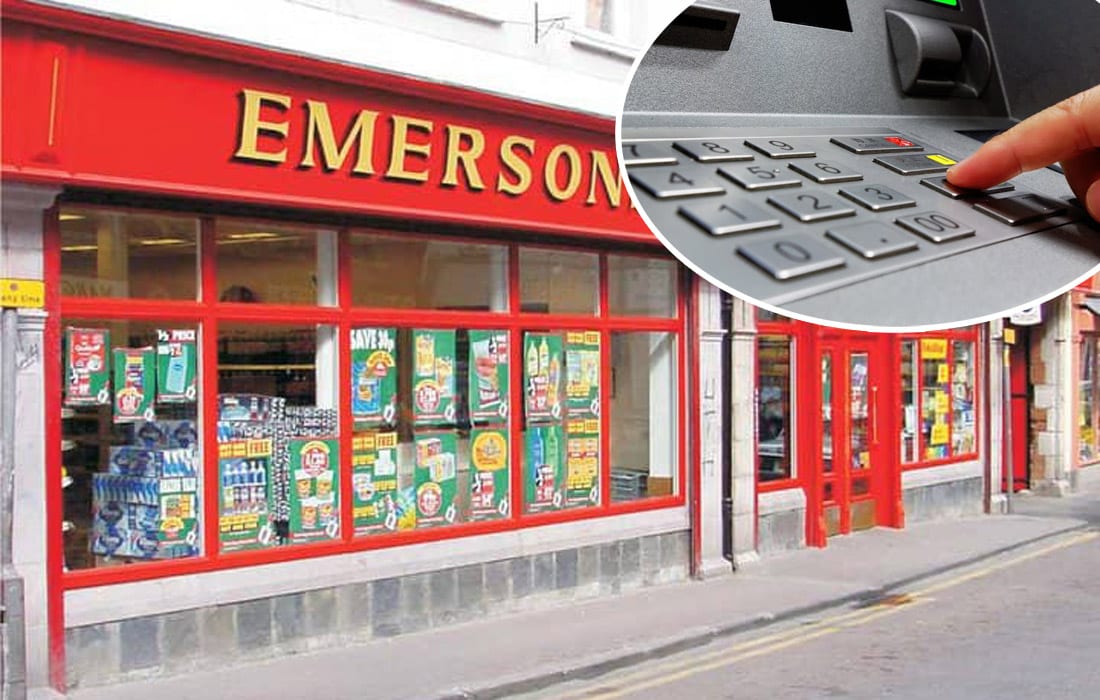 A new ATM machine could be installed at Scotch Street in Armagh.

Emerson’s Supermarket is hoping to gain approval for the cash-dispensing machine.

The supermarket currently has a free ATM in-store at the rear checkout area exiting on to McCrum’s Court.

But the family-owned business now wants to add an external ATM to the premises and has submitted an application seeking planning approval to Armagh City, Banbridge and Craigavon Borough Council.

Emerson’s Supermarket has seen huge expansion in recent times, including the addition in-store of the Post Office, with extended opening hours, an award-winning off-licence, and Uluru Bar and Bistro relocated in the former Walker’s premises on Market Street.

For ease of customers and passersby alike, the supermarket hopes to remove a glazed panel from the front of the store and replace it with the ATM unit.

It would be situated to the left of the main doors on Scotch Street.

The application will be advertised next week and a decision due in the coming months.