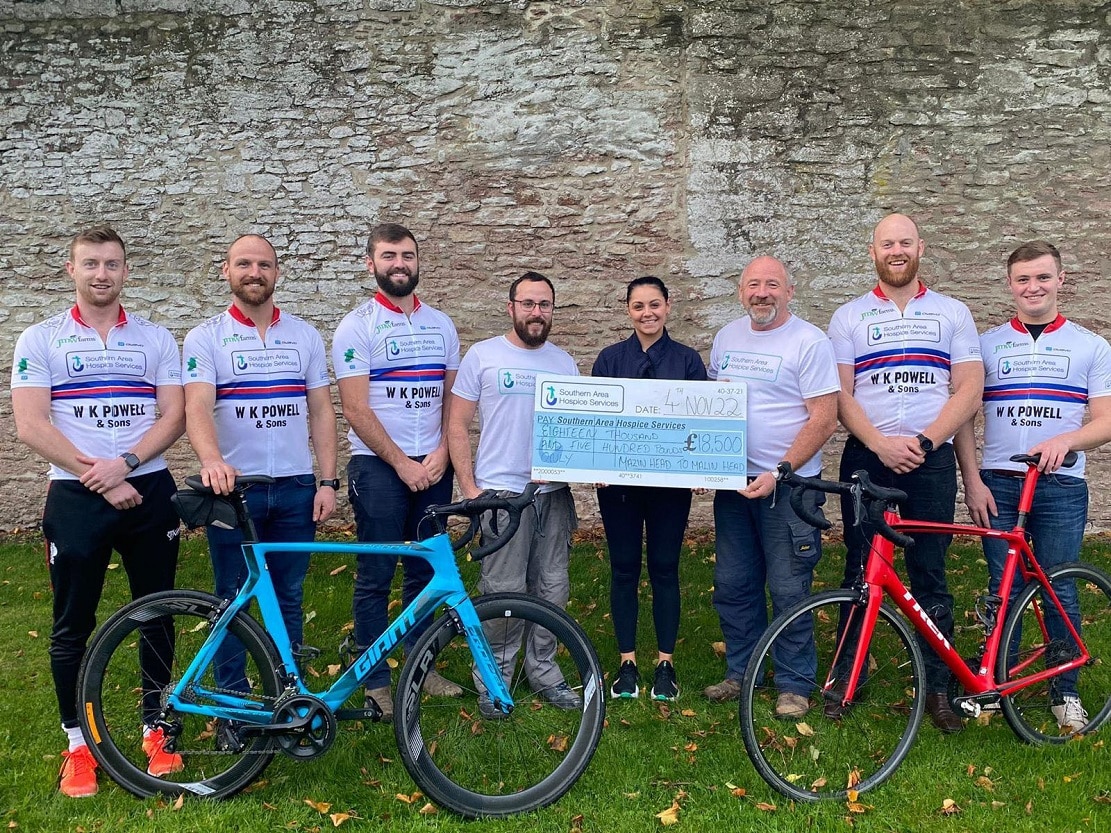 The Southern Area Hospice have thanked a group of Armagh men who undertook the Mizen Head to Malin Head cycle this July, raising over £18,000 for Hospice Services.

Kyle and Neil Faloon, James Rolston and Gareth McNiece fromCity of Armagh Rugby Club took on the challenge this summer.

Michael Rolston had been set to join them, but had to withdraw due to an injury.

When all was said and done, the group managed to raise a massive total of £18,500 for the Hospice. Following the presentation of the cheque, the Southern Area Hospice gave a “huge thank you” to the guys involved, alongside the supporters who drove behind them the entire way.

A spokesperson for the Hospice said: “Congratulations to the guys on a fantastic total, it will make a huge difference for Hospice services!”

Before they set off on their journey, Armagh I spoke to Kyle Faloon, one of the cyclists, who said: “We opted to fundraise for the Hospice because they have provided care for our loved ones in the past when they needed it the most. They are a great charity doing great work for so many families local to us.

“We really wanted to push ourselves both physically and mentally.”