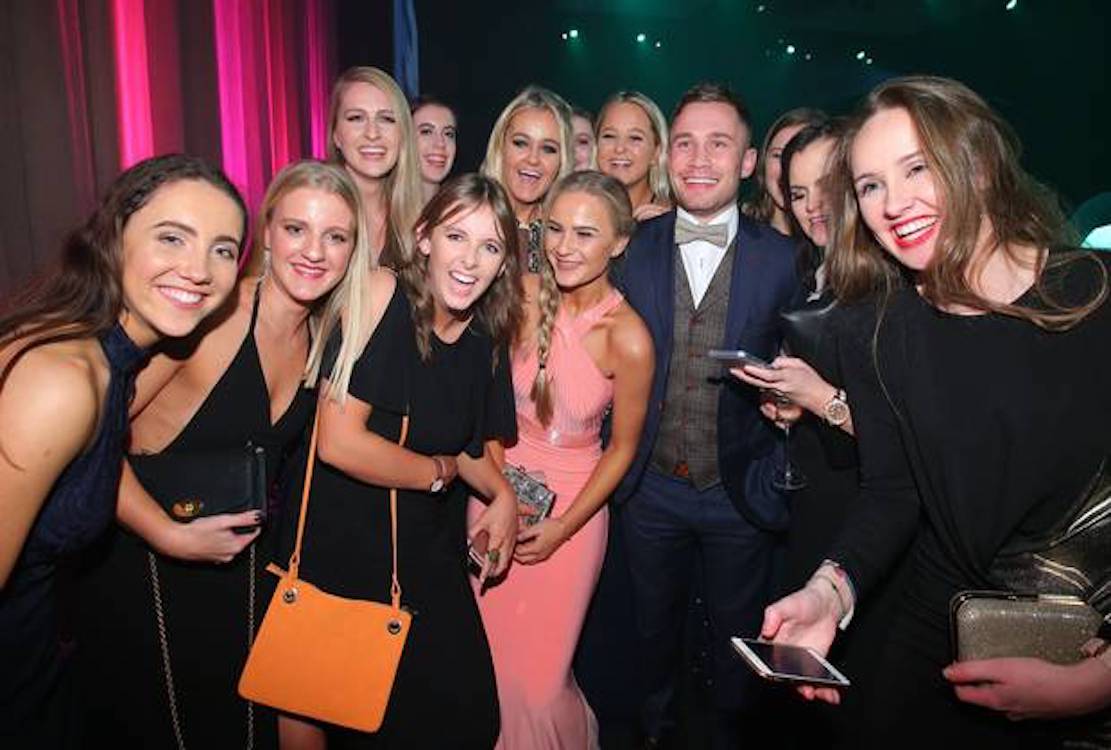 Sports fans, clubs, sporting bodies and schools in Armagh are being urged to nominate their top sporting stars for 2017 with the launch of the Belfast Telegraph Sports Awards.

Steeped in local sporting success, the Armagh area has many beacons of local, regional and national sporting arenas who deserve to be recognised for their accomplishments.

The prestigious awards honour Northern Ireland’s top sporting achievers in both the amateur and professional arenas.

The gala ceremony, which attracts some of our most famous and successful sporting heroes, will take place at Belfast’s Waterfront Hall on Monday 29th January 2018.

Sports presenter Craig Doyle is returning to host the show for a second year alongside fellow TV presenter Claire McCollum.

The Sports Awards celebrate the outstanding achievements of local sports people from grassroots to elite sport and the public can nominate in each of the 13 categories by sending an email of no more than 750 words to events@belfasttelegraph.co.uk.

When nominating please include the name of the person or team you are putting forward for consideration, the reasons why you feel they should win an award and the category you believe they should be included in as well as your own contact details.  For more details on categories and criteria visit www.belfasttelegraph.co.uk/sportsawards2017.

The closing date for nominations is December 4, 2017.

Nominations will be judged and shortlisted during December and finalists will be invited to come along to the glittering awards evening.

Other categories are the Special Recognition Award, George Best Breakthrough, Team of the Year and the WJ ‘Paddy’ Patterson Award for services to Sport presented by the NI Sports Forum.

New for this year is the Game Changer award sponsored by Electric Ireland which recognises an individual woman (18 and over) who has made an impact on the Northern Ireland sporting landscape during 2017.

This category is open to coaches and administrators as well as female athletes and is accessible for all levels of sport from professional to grassroots and everything in between.

Another Northern Ireland sporting legend will be inducted into the Belfast Telegraph Hall of Fame.  Last year this honour went to snooker legend Dennis Taylor who attended the glittering awards ceremony and said he was ‘honoured and delighted’ to be brought into the Hall of Fame.

Belfast Telegraph Group Sports Editor Jim Gracey said: “Once again this year has been an amazing year for Northern Ireland sport.  All around the world our sporting heroes have excelled.

“It is fantastic to honour these stars at the Belfast Telegraph Sports Awards, which is always a wonderful occasion, and I would really encourage everyone, from our readers to sports governing bodies, to put forward nominees for consideration from both the grassroots and elite sports sectors.

“Northern Ireland sports stars continue to give the country something to feel extremely proud of and year on year the judges face a huge challenge deciding who should be shortlisted and who should win each award.  I’m looking forward to a great line-up of nominations.”