'I've seen first hand how much it can affect the person as well as their families. It's a horrible, uncontrollable disease' 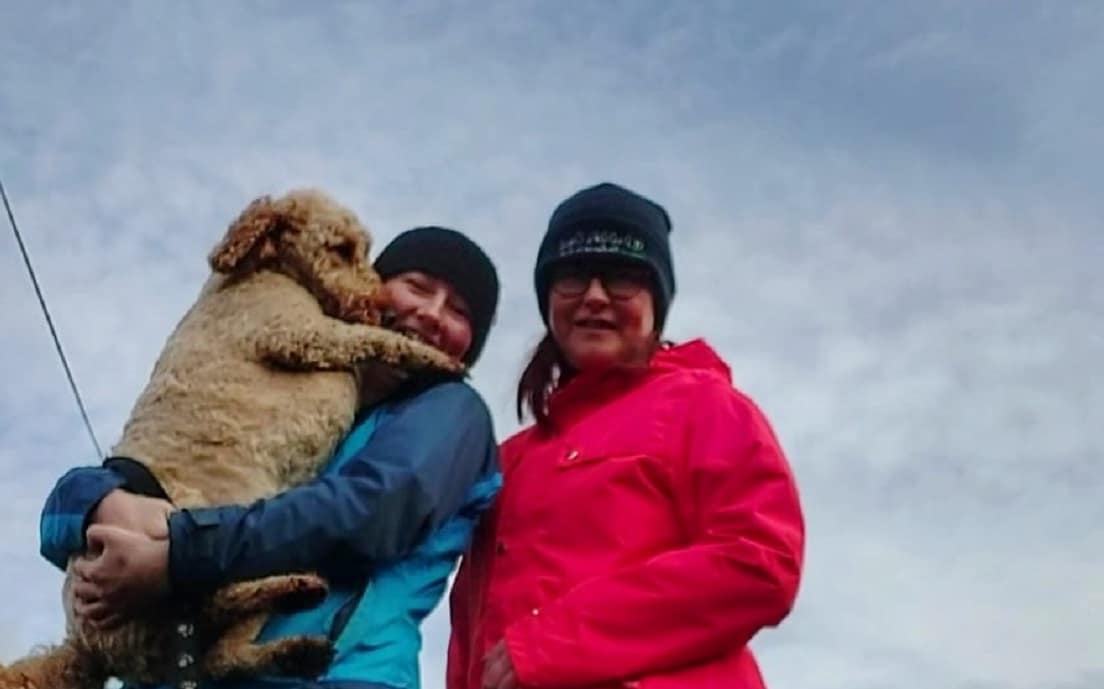 An Armagh mother and daughter are currently walking  the distance from Land’s End to John O’Groats, a total of 874 miles, with the aim of completing it in just one year.

And the reason is to raise money for a cause close to their hearts – Huntingtons Disease Association NI.

Kirsten Conly, 48, and Hannah Catterall, 26, only began the mammoth task in November and have already reached the 200 mile mark.

Speaking to Armagh I,  Hannah explained that she chose to fundraise for this charity as it affected her stepsister, Ashley Clarke’s father Desmond.

She said:”I didn’t know much about the disease until Ashley’s dad got it. I’ve seen first hand how much it can affect the person as well as their families. It’s a horrible, uncontrollable disease.

“But I’ve also seen the work that the charity does for those families involved, how they can help, and be supportive of their loved ones.”

Hannah said that the disease is not that well-known to the wider public and she has often times had to explain what it was.

“I’ve known Ashley all my life and she is one of the bravest people I know for talking so openly about her experience – she has such an amazing following on her blog from all over. I honestly don’t know how she does it.

“It’s heartbreaking even for me to watch what her father goes through and I am not even related. Ashley has done such a good job in raising awareness for it and I just wanted to give back.”

The idea of the Land’s end to John O’Groats challenge came from Hannah’s mother, Kirsten, who had seen posts about it online.

“She had seen it and thought it would be great to do. We are both carers, me for my grandad and mum for my nan, so it is hard to leave the house sometimes but we’ve been walking all over when we do.

“There is a list of all of the walks that you can do and we stupidly picked the longest first, instead of easing into it.”

Hannah and Kirsten have been out most days, normally accompanied by the dogs Shane and Ossie, to make sure they hit that massive target by next November.

“The charity is often left out, it has been an especially tough year with all their normal fundraising cancelled. I know the great work they do and I will give all I can for them.”

If you would like to make a donation you can do so by visiting Hannah and Kirsten’s Local Giving page.