'There's a big world outside of Armagh, there are great things about Armagh but you should consider what else is out there' 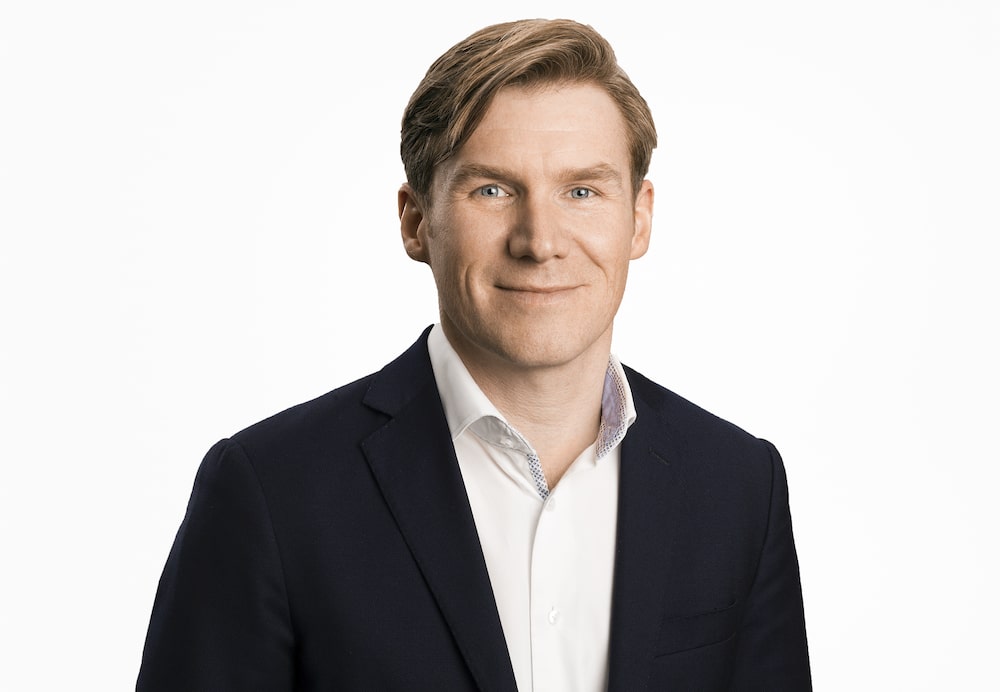 Amsterdam is a far cry from Ballymacnab, but that is where one local boy has found his home – and success.

Paul McCusker arrived in the Dutch capital, via Dublin, Belfast and London eight years ago, but the path was not straightforward and by his own admission at times it was downright “bizarre”.

From working at his father’s mushroom business, to vice-president of a global energy storage company, Armagh I caught up with the 43-year-old to hear his fascinating story.

Growing up on a small farm, Paul admitted that he never envisaged his life leading him to living and working abroad.

Having attended Foley Primary School and St Patrick’s High in Keady, Paul went on to complete his A-levels at the college in Armagh.

Reminiscing, he said: “My father had a mushroom business and I spent a lot of time driving tractors and emptying mushroom houses – not the most glamorous work, but I was happy and content.”

It was whilst carrying out these duties that a young Paul received his A-level results; considering himself “a bit of a farm boy”, he decided to enrol at Queen’s University to study Agricultural Economics.

What led the Ballymacnab man into the business of energy storage is by his own admission “bizarre”.

“You grow up with a very small view of the world; to be honest, at one time I was happy to never leave Ballymacnab, but once you go away to university you start to see things in a different light.”

After completing his degree at Queen’s University, Paul went straight on to complete a Masters in Business Administration at Ulster University.

He said: “I think that was the turning point for me, you start meeting a more diverse group of people, with different opinions, different interests and different views of the world. I met my wife in my MBA class and made lots of life-long friends.

“I think that was the moment when I started to think, ‘Wow, there’s a big world out there’. Through the MBA, I gained more of an insight into international companies and I started to consider a pathway that would take me further afield.”

Paul completed his MBA in 1999 and entered the world of work just as the dot.com boom was in full swing.

Paul took a position with the Saon Group in Dublin, which was a relative newcomer at the time. He was just employee number six.

This group would go on to own websites such as nijobs.com and irishjobs.ie and became an international platform in Europe and China.

“Basically, they thought I was a techie but my strength was in translating the needs between business and technology,” he explained.

“I joined as employee number six but that business grew pretty fast. After a few years we spun out a technology software business. I joined that as IT director. Then, as we grew internationally in the US and UK, I became a COO, and finally CEO of that business.”

Paul believes that living and working in a fast-paced environment throughout his 20s is what led him to have an accelerated career growth.

He added: “I think often you can learn a lot more in a small, fast growing business than in a big, more mature company where you typically have a narrower set of responsibilities or focus, but the fast pace is not for everybody.

“It’s tremendous hard work to build a business from a start-up. You’re learning and gaining a lot of experience fast, which can compensate for the extra workload.”

But after getting married and welcoming his first daughter into the world, Paul admitted that he was “probably working a bit too much”.

“My wife was based in Belfast, I was travelling up and down a lot, so I decided to come home. I changed industries by joining the Ballylumford Power Station which was owned by BG Group, as Head of Commercial.”

Along with his wife, Paul then set about renovating a home in the Stranmillis area of Belfast and in his own words thought “this is it, we will live in this house forever”.

However, just one year after completing all the work on the home the family would be on the move again.

Paul explained: “Ballylumford was bought over by AES, an American Corporation, and I was offered a position in London..

“Initially we thought ‘how could we move to London with two children under the age of two’ but actually we did it. We had a great time in Richmond, West London, and our third daughter was born there.”

Almost three years on, Paul then had to have further conversations with his wife as AES decided to move the EU headquarters to Amsterdam.

“It was a difficult decision, but we decided it would be an adventure. We thought, we’ll do a few years but we are here almost eight years now. It’s a different lifestyle and it’s a really different way of living,” said Paul, admitting to not owning a car since

moving to the Dutch capital, instead opting for a cycle of the city’s streets!

Comparing the Dutch city to his earlier experiences in Dublin, he said: “In Amsterdam, everything’s in close proximity. My commute to work is 7 minutes by bike. When I think back to 10 years commuting from Belfast to Dublin, it was at times just horrendous.

“But I would probably say the work is more intense, more so over the last year with the pandemic . I think businesses are all trying to accelerate with digitalisation and AI (Artificial Intelligence).

“Also because we’re in this energy transition world, there’s a lot of natural good reasons why we’re trying to progress faster.”
In January 2018, AES teamed up with the German multi-national Siemens to create Fluence, for which Paul is the Vice President in Europe, Middle East & Africa.

Fluence is a global energy storage technology and services leader, providing energy storage solutions to integrate renewable energy, such as wind and solar.

He explained: “In a nutshell, what we do is provide really large storage systems that enables more renewables and keeps electricity grids in balance. We’re playing a key role enabling the energy transition from fossil fuels to a zero carbon future.

“As more wind and solar comes on, you need some storage. At a simplistic level you need storage to provide flexibility and make the grid stable, so that the lights don’t go off.”

Now eight years in, Paul said that his three daughters have “pretty much grown up” in Amsterdam, despite two being born in Belfast and one in Richmond.

He explained: “We never intended to stay here long term. There tend to be two sorts of expats, the ones who go away for a short time then go back to their roots and another who move from one expat destination to another, the longer you stay away the harder it is to make the move back home.

“For our children, I guess this is home. We’re living in a very international environment, they go to the British school, their friends are from all over the world.”

Paul is first to admit that the transition to the Netherlands wasn’t all smooth sailing, with it becoming clear early on that there was “a bigger cultural difference” than he was expecting.

He said: “The Irish are regarded as a very friendly nation and we can often soften our language to save others’ feelings whereas the Dutch can be much more abrupt and brutally honest, which we would interpret as rudeness.

“At the start, my wife found it particularly difficult. But I think the first six months in any country is about adapting, adjusting, and there’s a lot of great things about Dutch society.

“It’s a very orderly society and they have a very healthy attitude to work-life balance. If I’d thought I was going to be here this long I would probably have made a better effort on some of the cultural points, particularly the language. The difficulty is the Dutch all speak such good English.

“You don’t have the urgency to learn Dutch whereas you would be under more pressure to learn the local language if you were somewhere like Madrid or Paris.”

Normally Paul finds time a few times a year to return to Northern Ireland, but due to the pandemic most contact has been made via Zoom.

“Over time, it has been a bit less Armagh, but we visit Derry to see my wife’s family or Belfast to see some of my family.

“My sister had a daughter last Christmas, we haven’t seen much of that child yet, due to the pandemic. We do a lot of quizzes with our friends back home but, like most people, I have experienced a bit of Zoom fatigue recently.”

Looking back, Paul is the first to admit that, as a young fella interested in farming and growing up in Ballymacnab, he never thought his career would go in the direction it did.

He said: “When I was a teenager, there was a great feeling of community, everybody knew everybody and, to some extent, people have your back. There’s a great support network at home and that’s different when you go abroad.

“But if you take that initial step and if you’re curious to see what the world is like out there, there’s a different path which you should at least consider, whether it’s from a career perspective or just from a general interest in exploring the world.”

Paul added: “I was always keen to travel and when I went to university, I spent the summers travelling around Europe. However, I always felt that I would settle at home.”

“The last 10 years have been a great adventure. You never know where life is going to take you – for us it could be another international destination or it could be back home. You just have to embrace what comes next and make the very most of it.”