'He lived a legendary life and he died a legend. I was very privileged to call him my friend' 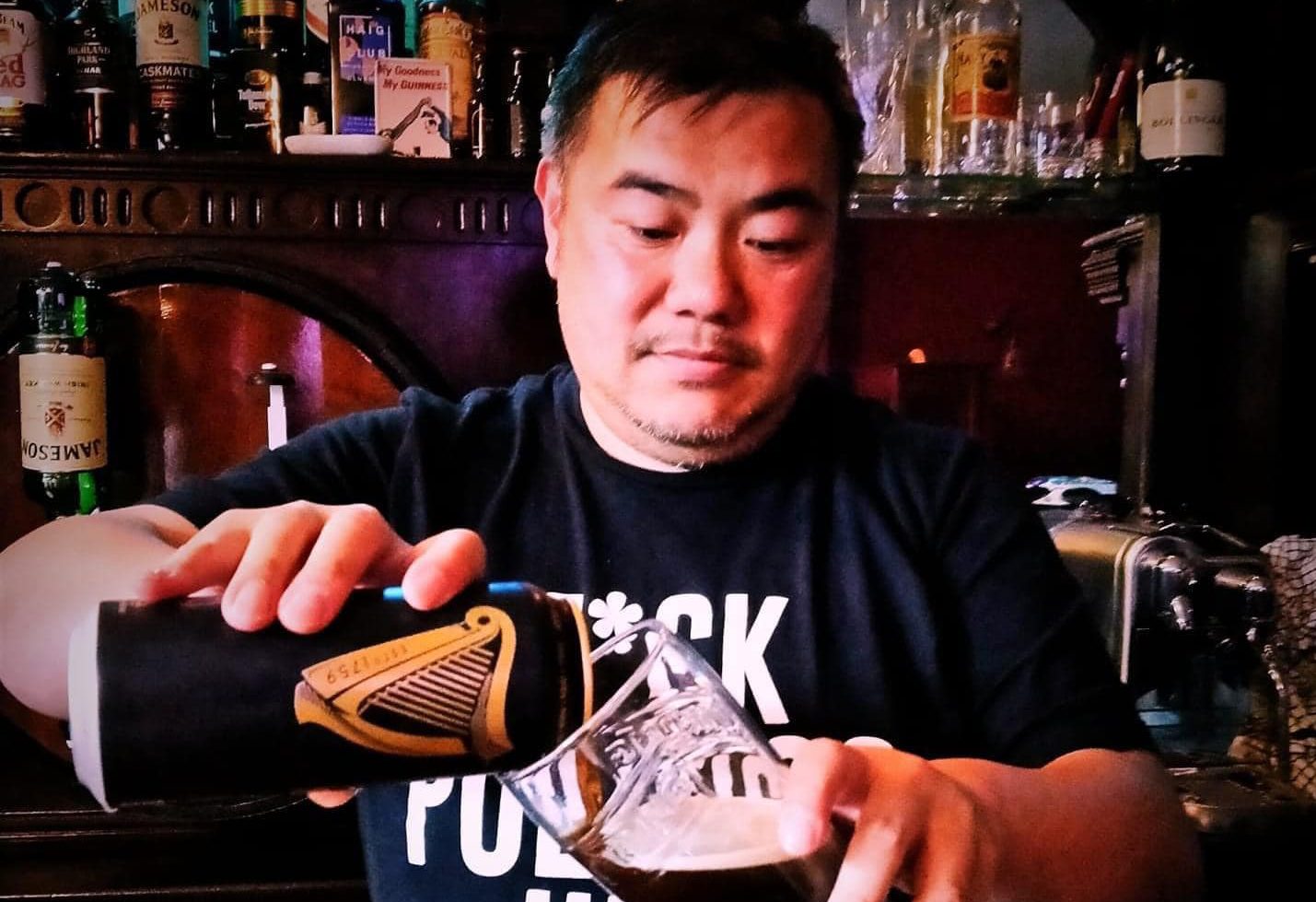 Fiercely loyal, a wonderful friend and someone who was great fun – that’s how Armagh man Phil Cheung was remembered at his funeral today (Wednesday).

Phil, a DJ promoter known as Dj Chill, passed away on Saturday at Craigavon Area Hospital, having been diagnosed with cancer just two weeks and four days earlier.

Friends gathered at Lakelands Crematorium in Cavan to say goodbye to someone described as a “legend”.

Stuart Hodson, a friend from the music industry who had travelled from England for the funeral, said that if he ever needed help with an event, Phil would have made what he called the ‘Phil Journey’ – taking the bus and boat before landing in the city and turning up “like a little whirlwind”.

He said every person who knew Phil would describe him in the same way – “fiercely loyal, always there for you and really, really good fun”.

He added that he knew for certain Phil would be dancing at that moment.

“But knowing Phil as I do … he will have already asked God for a backstage pass, a VIP pass, a VIP wristband, a bottle of Grey Goose and he won’t be just be on the dance floor, he’ll be sat directly backstage, right next to God,” he joked.

“An awful lot of people back home wanted to pass on their love and that’s a testament to the person that he was. I don’t think I’ve ever met anybody quite like him and I think the world is a sadder place when he’s not in it.”

Jackie Coade, a close friend and Alliance representative, read a poem in tribute. Recalling the precious time spent with Phil in hospital over the past three weeks, she said it had been “wonderful and heartbreaking at the same time”.

“If there’s one thing we have to take away from this today is that Phil most definitely had a life well lived… – he was fiercely loyal, he was a wonderful friend and we will most definitely miss him dearly,” she said.

In another tribute, Stephen Darragh, one of Phil’s best friends said he “added a bit of magic to everyone he met and everything he put his hand to”.

He told the story of how he had bought a car, despite never having had a driving licence in his life, having no interest in cars and no idea how insurance worked, adding “it became quickly obvious it was actually meant to impress a woman”.

He said there had been amazing online tributes from around the world to Djchill.

“I got a phone call from a very famous music promoter to say the whole island of Ibiza was mourning for him and people were still in disbelief. It just goes to show how many hearts he touched around he world,” he told mourners.

Describing him as one of the most generous and loving people you could ask for, he added:  “He lived a legendary life and he died a legend. I was very privileged to call him my friend.”

The service closed with the Liverpool FC anthem – You’ll Never Walk Alone – and, at his request, Phil’s ashes will be scattered on the River Mersey.