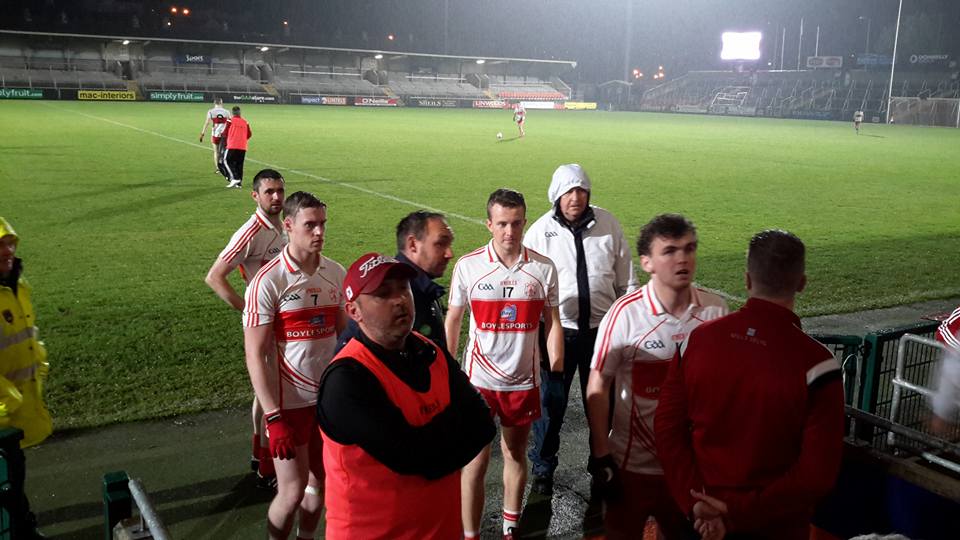 Confusion rained down at the Athletic Grounds in Armagh last night following the abandonment of a club championship game because of severe lightning.

Carrickcruppen were leading St Paul’s by 2-12 to 1-7 with just eight minutes to go when the game was rightly brought to a halt by the referee.

It looked like the final few minutes could be played out only for the officially ended.

It looked like ‘Cruppen would progress given their dominance but the game will now be re-fixed, giving the Lurgan side a second bite.

Carrickcruppen man Damien McCullough posted on Facebook: “Strange happenings in Armagh this evening. Auld saying 3 strikes and your out, but in Armagh it was only one.

“Lightning and a thunder clap. Cruppen leading with 8 mins left and game was first called off, then it was back on after both teams left the field then it was abandoned.

“Total confusion for both teams, I believe this is the first time this has happened in the Armagh championship.”

Game will be refixed at later date by CCCC.

The Armagh championship really loves to provide us with strange situations

In 2014, Dromintee fielded a number of veterans in their senior championship quarter-final game against Crossmaglen.

Crossmaglen were leading 1-7 to 0-0 after about eight minutes when managers Oisin McConville and John McEntee called the players aside and began to conduct a training session.

For the remainder of the match, the Dromintee players, some wearing jeans, played among themselves to see out the game in one of the most bizarre occurrences ever on a GAA pitch.

Last night wasn’t quite that level but surely another first in Armagh.