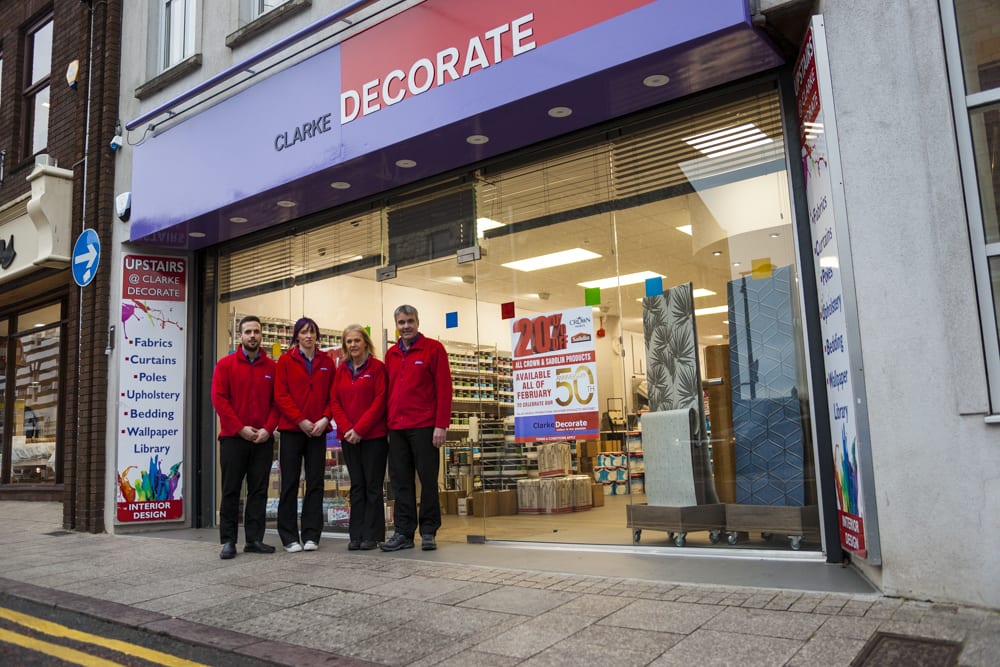 An Armagh city centre paint shop is back in business at its usual home just three months after a car dramatically ploughed through the store front.

A sunny Sunday afternoon in October left by-standers in shock as they could only watch on as the car careered through the front facade, taking the shutters, door and glass window of Clarke Decorate with it.

However, three short months later and Richard Clarke has relaunched the shop from its Scotch Street base.

Speaking to Armagh I this week, Richard said the shops relaunch coincides with the shop’s 50th anniversary which will be officially marked on February 21. 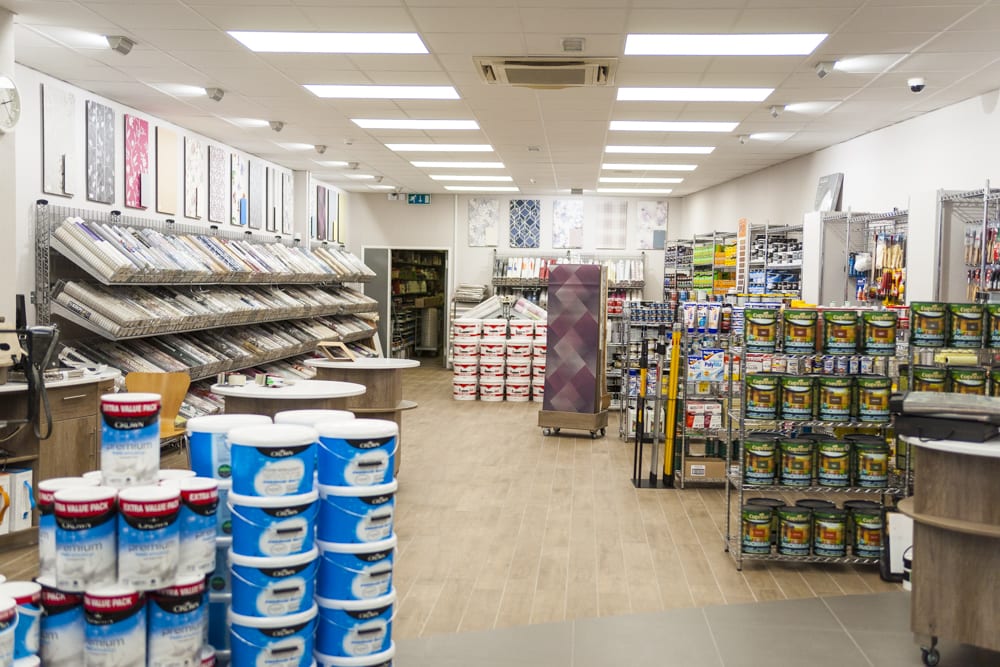 “It was just one of those things you can’t account for.” said Richard of the incident in October. “The whole shop had to be refitted, all the floors were replaced, the ceiling was replaced everything is new – the paint just went everywhere.”

Richard said he and everyone connected with the shop are indebted to the local community for their support.

“I have put on about three stone in buns,” he laughed. “But everyone has been great and really supportive.

“The amount of people that landed down here that night to see what they could do was incredible, but at that point there was nothing they could do”. 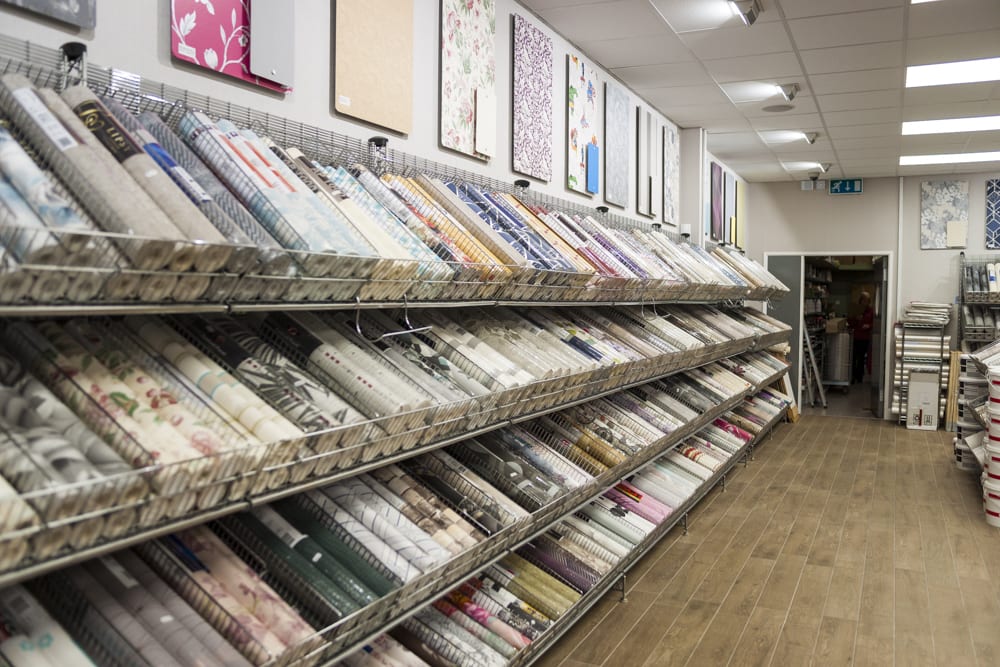 “It just had to be boarded up until the insurance company came to itemise and assess the damage.”

The move back has been going well for Richard and his team, with just a few bits and pieces needed for the shop to be returned to its former glory – with hardly a spec of paint out of place!

Richard continued: “It felt probably longer than it was, we were back in here within about five or six weeks, thankfully the insurance company were great; they do this every day of the week and we got there one step at the time. 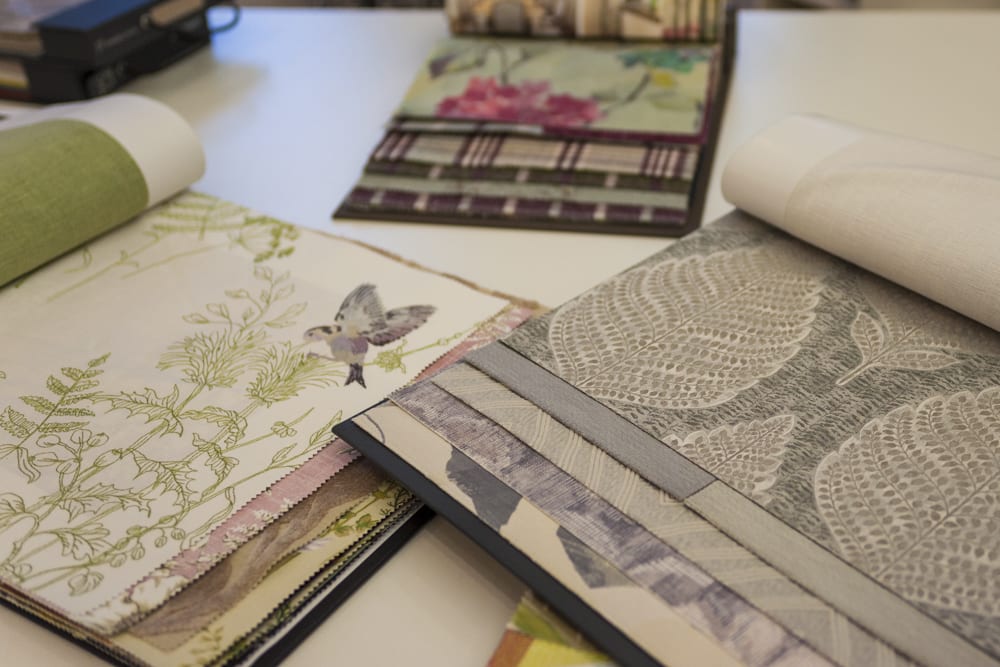 “If it was left to us, we would have been like a deer in headlights, you just wouldn’t know where to begin with it all.”

Clarke Decorate was able to trade from a temporary shop just a few doors down but it wasn’t an easy transition at all for them.

“We were able to trade in paints four or five days later a couple of doors down, but you were sort of losing out on your fabrics, bedding and higher end wallpapers. 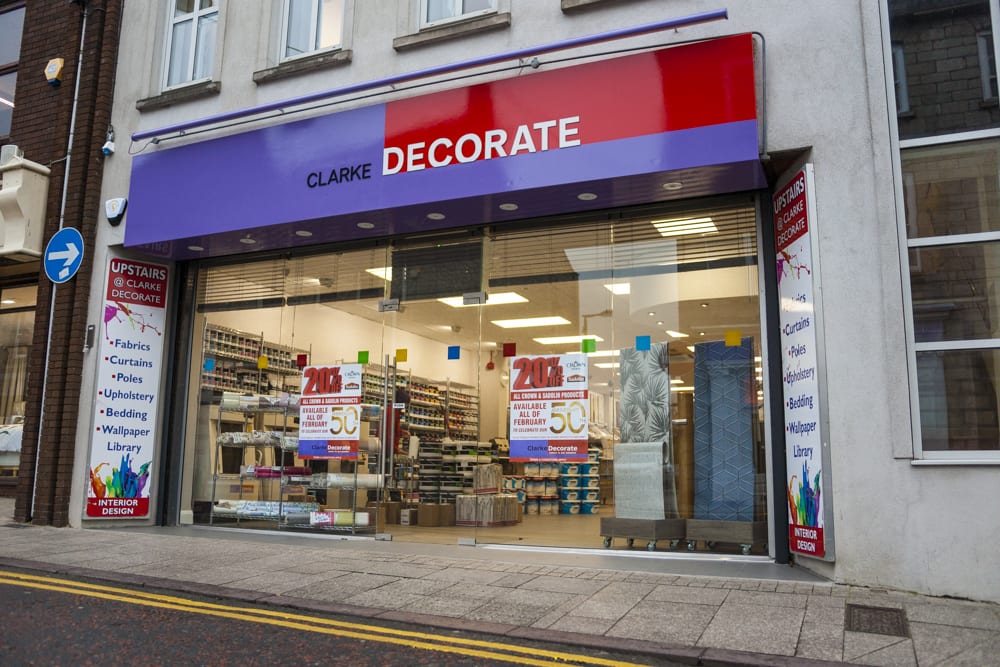 “Wallpapers did eventually come down to that wee shop, but it was hard to sell it out of a wee fridge, which is not ideal.”

Clarke’s are back in their natural home and for the month of February are offering a huge 20% off on all Crown and Sadolin products. They also have weekly promotions on a range of products in store. Visit them on Facebook here.