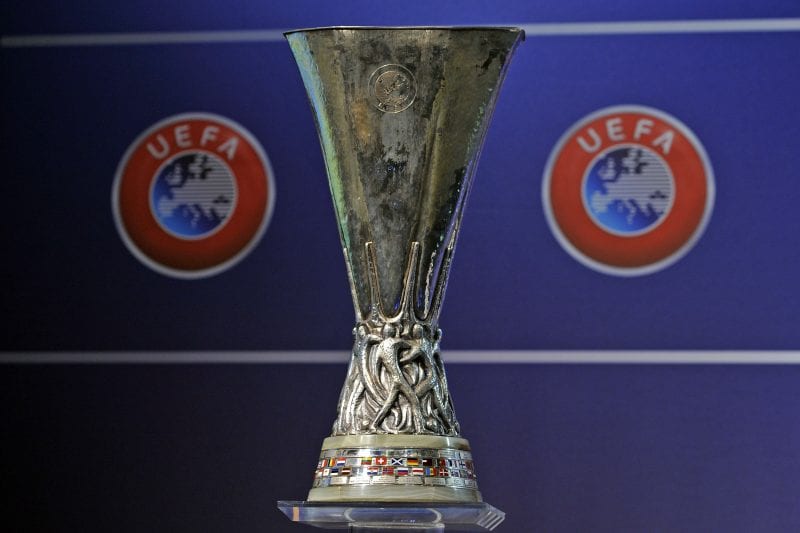 Forget Armagh City versus Trojans in the Irish Cup fifth round for The Eagles have soared into the last eight of the UEFA Cup.

Of course, this is not at all based on reality, more so on a game of Championship Manager.

For those of you familiar with Football Manager (it’s probably a generational thing), you’ll understand that Armagh City getting to the latter stages of Europe’s secondary competition is something only a computer game could allow us to achieve.

Real life manager Marty Rice may have other ideas!

And it was pretty entertaining. Not only was manager Wagstaff overcoming some European giants, he was offering up a rather entertaining running commentary.

“Four days until Wagstaff’s Entertainers take on the mighty Inter Milan for a place in the last eight of the UEFA Cup… And “Inter Fever” has taken over Armagh,” his first post read this evening.

“Inter are staying at the Charlemont Hotel, and crowds of autograph hunters can be seen outside every day.

“The Friary Restaurant in the city centre has been running an Italian Special every day for the last week – it seems the whole town is now living on pizza!

“Meanwhile, the City players are quickly having to come to terms with their new found ‘celebrity’ status.

“Just going to the local Tesco has become a major event for the lads, for as soon as they’re spotted by a fan, it’s all over social media, and crowds gather for autographs and selfies.”

Of course, City powered to a 1-0 victory with the help of Hugo Viana – remember him?

All eyes turned to the second leg.

Murray updated us: “The squad have arrived in Milan for the second leg of the tie.

“Also in Milan now, are over 3,000 Armagh City fans – MORE THAN DOUBLE the full capacity of our home ground.

“The chairman, Aidan Murphy, has kindly paid for the City squad to be fitted out with designer suits from a top Milanese fashion house.

“Meanwhile, Manager Wagstaff prefers his traditional trilby & sheepskin look – although he does succumb to Italian culture as far as the food is concerned – stuffing his face with tutti-frutti ice cream at every opportunity.”

With a nail-biting 90 minutes and a fortunate Inter red card, Armagh pull off the impossible and book their place in the quarter-finals thanks to a 0-0 draw.

And only then does the party start.

“3,000 pissed-up Ulstermen are partying into the night here in Milano, after Part-Timers, Armagh City FC of the Northern Irish Premier Leauge defied overwhelming odds, and achieved a gritty 0-0 draw with Inter Milan, to progress into the quarter-finals of the UEFA cup – the first time a Northern Irish team have achieved such a feat.

“In front of a crowd of 72,485 at the San Siro (no Mackems) City played a tactical masterclass in defensive football – far removed from their usual ‘cavalier’ style of play, and frustrated the Italians all night. Indeed, Inter took their frontman, Hakan Suker off at half-time, after he was wholly ineffective against a resolute City defence in the opening 45 minutes.

“After the game, City boss, Murray Wagstaff (can of Guinness in hand) told the waiting press that his main objective is now winning the next game: an Irish FA Cup quarter-final against Coleraine on Saturday, and that his team refuse to be carried away, and will continue to take each game as it comes.

“Meanwhile, several bars in Milan city centre, unprepared for the Irish invasion, have reported running out of all alcoholic products, as the travelling fans continue their European adventure.

“There were several arrests.”

Murray, you have done us proud! Not for the fact you’ve taken Armagh to the dizzy heights of European football but you’re still playing a game (admittedly a classic) that is fifteen years old!

*Championship Manager 01/02 was one of the biggest selling PC games ever.