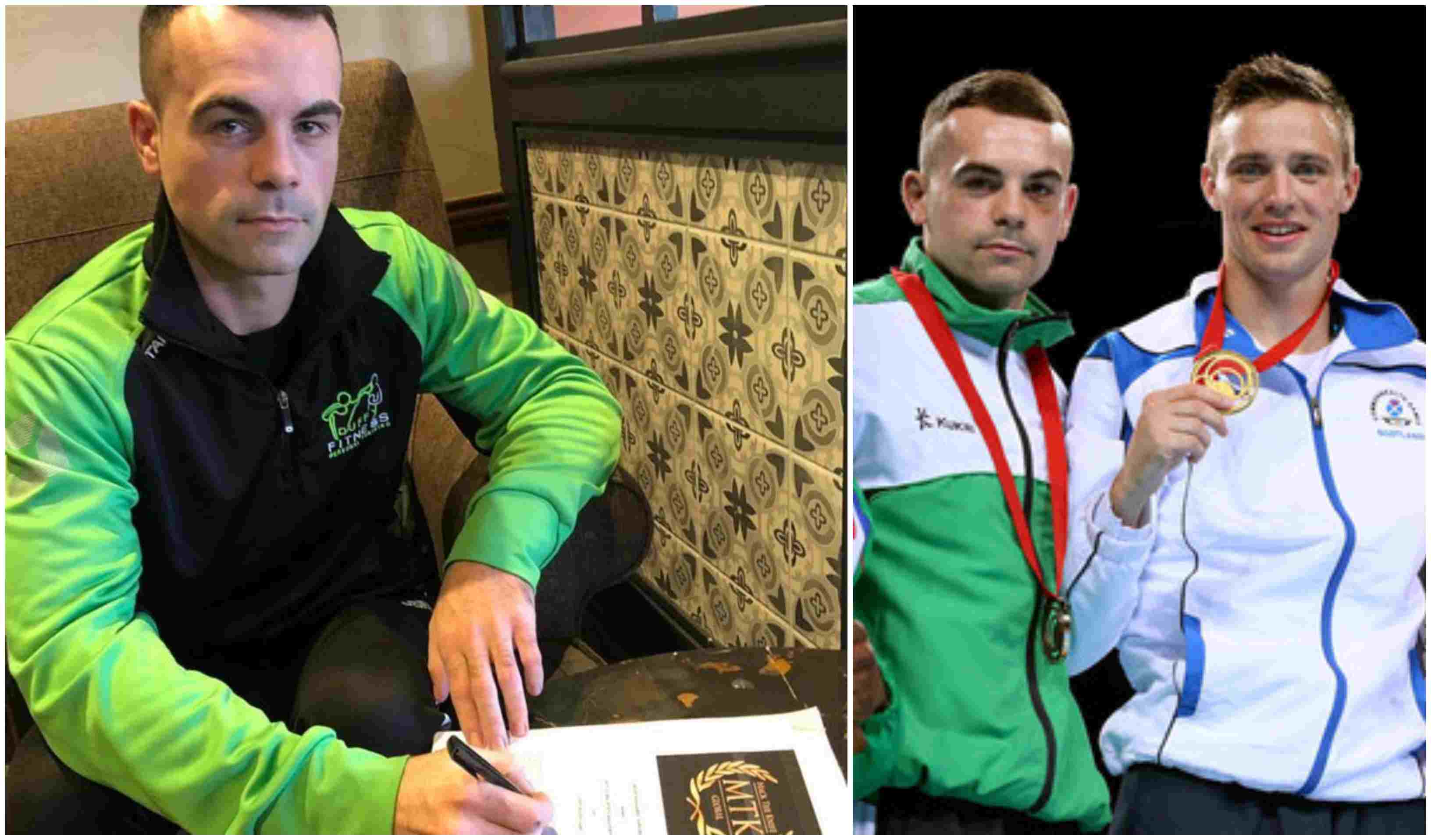 Commonwealth Games medalist Sean Duffy has put pen to paper on a multi-fight contract that will see him make his professional bow later this year.

Duffy, who has won major accolades as an amateur boxer, will be based out of Belfast as he begins his journey with one of the most recognisable management companies in the world.

The 27-year-old – a decorated amateur – says he always felt his style of boxing was best suited to the professional game.

“This has been a dream of mine for a number of years now,” Duffy told Armagh I.

“Since I boxed out of the Sean Doran Boxing Club in Keady, I knew I wanted to one day get paid to do something I loved.

“And thankfully, MTK have offered me this opportunity and I intend on grasping it with both hands.”

As well as motivating himself to achieve great things in the sport the former Ireland international says he feels “fit and strong”.

“With my best years ahead of me, now was the right time to make that leap,” he added. “As well as pushing myself to greater heights, I also want to motivate others to chase their dreams.

“I have always had personal targets in life and this is just one of them; I have my head set on making a big statement in the pro ranks.”

Duffy collected a bronze medal at the 2014 Commonwealth Games in Glasgow. The gold went to Scotland’s own Josh Taylor who is making waves as one of Britain’s finest prospects.

“Those Games taught me a lot about boxing and only ignited my desire to do more. Like I said, I am more than ready for the professional game and hopefully I can make a huge statement.

“I’m no Olympian so I know it will be a long and tough road to the top but it’s up to me now, over the next 12 months to really put in some eye-catching performances, and make people stand up and take heed.”

The process of turning professional wasn’t as straightforward as Duffy might have hoped, with eight months of talks dragging over two continents.

He had planned on making the transition while in Australia in 2018 but opted to return home to Co Armagh where he felt more comfortable.

Despite that, the Armagh pugilist plans on travelling the world as he did as an amateur and one day headlining his own show for an army of fans he hopes to amass with a fiery style of boxing.

For now, Duffy will split his time between Belfast and Armagh – at his gym in the city centre – until the day arrives where it’ll be a full-time camp in some far-flung reaches of the world.

If you or your business is interested in sponsoring Sean on his journey please get in touch with him on 07707152518.