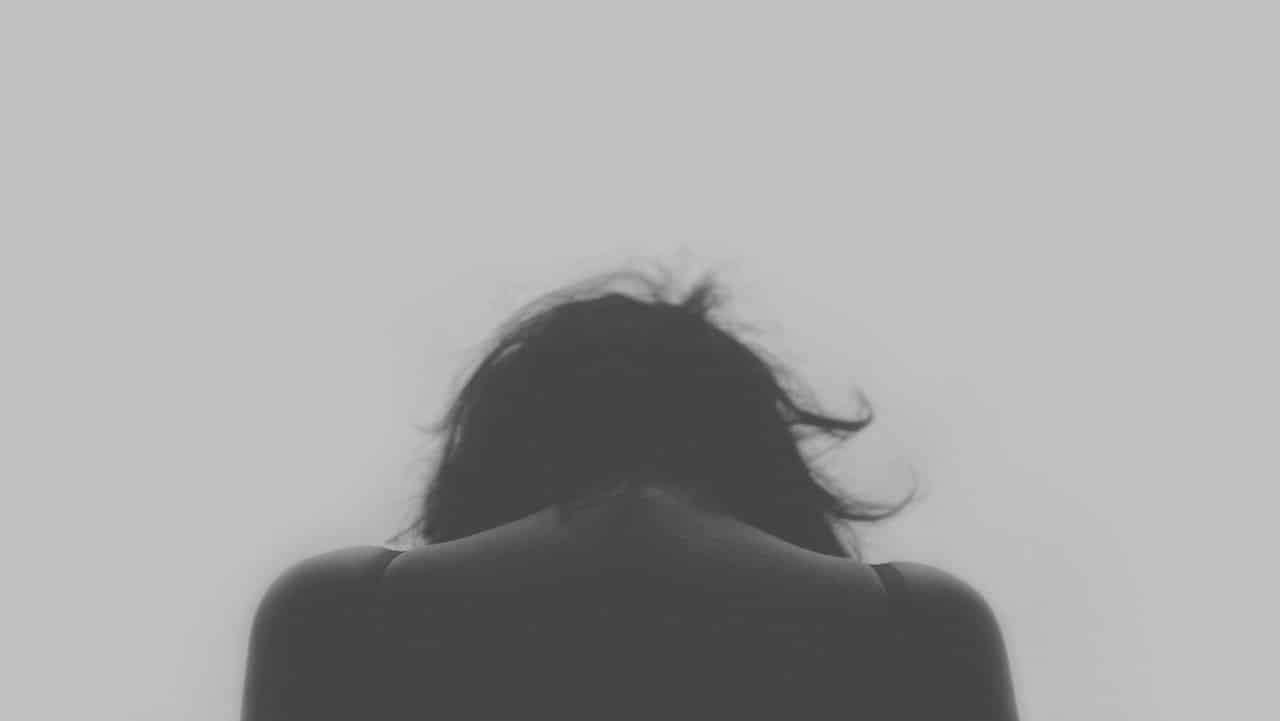 The claim was made by one of six witnesses who were giving evidence to the Northern Ireland Social Care Council as it convened a fitness to practice panel.

Another alleged the social worker described the mother of a young service user as needing “a good seeing to” and a “c**k sucker”.

After considering the details outlined, the panel ruled that Kara Elizabeth Nixon should be struck off.

The hearing heard that a solicitor representing Ms Nixon indicated, via email, that she was unable to attend “on health grounds” and “cannot afford to pay for legal representation on her behalf to attend a five day hearing”.

The committee proceeded in her absence to hear evidence relating to allegations on dates unknown between July 6, 2009 and March 16, 2016.

Allegations had been made that Ms Nixon had used inappropriate and derogatory language “in relation to service user(s)” and in relation to a colleague, and that she “over-claimed mileage for reimbursement of travel by submitting claims with inflated distances for journeys”.

Five of the witnesses called were former colleagues of Ms Nixon and the sixth was a corporate financial accountant with the Southern Health Trust.

All of the former colleagues worked with her in the LAC team based in St Luke’s, Armagh, and some, subsequently, when
the team relocated to Lisanally.

The first witness, in a written statement dated September 19, 2017, recalled an incident which she alleged took place during a lunch break in the presence of her team colleagues.

She gave evidence that she heard Ms Nixon talking about an out of hours’ case involving the sexual abuse of a five-year-old child.

This witness gave evidence to the Committee that she considered that the the language was extremely insensitive, inappropriate and it made her feel uncomfortable. She was unable to recall the exact date that this incident occurred.

She recalled a further alleged incident when she reported to Ms Nixon that the mother of a young service user had died, and that she had responded by saying “sure that’s one less for you to worry about”.

She said that she definitely thought that this incident had taken place during her first couple of months in the job.

The witness accepted that Ms Nixon was positive and supportive when needed, but the ethos, culture, language and behaviour was something that she had not experienced before.

She said that she did not complain to anyone about this as she was new to the role, and that since leaving the service she realised how inappropriate some of the comments were.

The Committee heard evidence from a second witness who worked in the LAC team as a social worker from October 2012 to 2016.

She described the work of the team as being stressful and under-resourced and told the Committee that Ms Nixon was her line manager and the sort of person “who just says it how it is”.

Witness 2 described this as “venting” and that it may have been her way of dealing with the complexities of her role. She gave evidence that Ms Nixon cursed a lot and that this was part of her everyday vocabulary.

Committee noted that Witness 2 was unable to give any specific examples of any inappropriate or derogatory language, and said Ms Nixon would not have used such language in front of service users.

The Committee heard evidence from a third witness who worked as a contact officer with the LAC team from September 2012 through to 2014.

She described the team as haphazard, badly managed and under-resourced.

Witness 3 gave evidence that Ms Nixon was allegedly unprofessional in her language, and recalled one occasion when she allegedly described the mother of a young service user as a “c**k sucker”. She described her language as very graphic, and said it shocked and stunned her.

She told the Committee that she felt unable to approach her manager about this and had been keen to leave the team.

The Committee heard evidence from Witness 4, who worked in the LAC Team as a social worker from October 2012 until April 2014.

She said that this shocked her and, as a newly qualified social worker in her first permanent post, she had not experienced anything like this before.

This witness gave evidence of three specific examples of Ms Nixon allegedly using inappropriate language. On one occasion, she alleged Ms Nixon referred to a child who was sexually abused as having “got it up the bum”.

On another occasion, she allegedly described the father of a young service user as a “dirty old man”.

She also gave evidence that when referring to the mother of a young service user Ms Nixon had allegedly said she needed a “good seeing to” and described her as a “c**k sucker”.

The Committee found the evidence from this witness to be “clear and specific”.

Members took account of Witness 4’s oral evidence when she said that, on reflection, by failing to challenge the inappropriate language, she felt she had failed both service users and herself.

She told the Committee that she did not think Ms Nixon grasped the inappropriateness of her language, and was not conscious of the impact of this on her colleagues.

The Committee found this witness to be “clear in her recollections” and gave specific examples of incidents of concern.

A fifth witness, who worked in the LAC team as a social worker from October 2013 to December 2014, gave evidence that the team was highly pressured and dealt with complex cases involving very graphic and disturbing family situations.

She alleged that Ms Nixon, who managed the team, was at times extremely unprofessional and used derogatory and sexualised language in her every day speech.

She referred to two occasions when, in talking about a sexual assault, Ms Nixon allegedly described the assault as “up the
bum”.

She gave evidence that Ms Nixon referred to service users, her friends, personal acquaintances and colleagues as “c**k suckers”.

Witness 5 also gave evidence that the team was busy focusing on cases and that the language was not a priority concern. She went on to say that she believed that there was no malice in Ms Nixon’s use of inappropriate language. Witness 5 said that this was just how Ms Nixon spoke and she did not mean to be offensive or to cause harm.

She said that she believed that the team were desensitised to the majority of the language and that this may have Ms Nixon’s way of dealing with pressure. She did not recall her using such language in front of service users.

Witness 5 also told the Committee that she did not have the confidence to say anything to Ms Nixon as she did not think that it would have made any difference.

The Committee found all five witnesses to be credible and accepted their evidence in respect of the allegation of “inappropriate and/or derogatory language in relation to service user(s)”. Members found this particular part of the allegation “proved on the balance of probabilities”.

In relation to an allegation of “inappropriate and/or derogatory language in relation to a colleague”, it also found it “proved on the balance of probabilities”.

It did so after considering evidence from Witness 1, who told the Committee Ms Nixon was often disrespectful about the head of service.

She had alleged Ms Nixon would refer to him as “that f***ing [name] one” and often made petty comments about his physique and, behind his back, would often refer to the size of his hands and roll her eyes when he was not looking.

She said the head of service did not hear or notice this and believed it was totally inappropriate behaviour.

A sixth witness – Corporate Financial Accountant and Fraud Liaison Officer with the Southern Trust – gave evidence in relation to allegations over over-claims for mileage for reimbursement of travel by “submitting claims with inflated distances for journeys”.

She told the Committee that during a disciplinary process involving Ms Nixon, issues arose regarding potential discrepancies in mileage claimed. She said that copies of her mileage claim forms and her diary were forwarded for consideration.

An interim report was prepared a representative from the Business Service Organisation’s Counter Fraud team which looked at Ms Nixon’s mileage claims from 2014 until 2016.

She gave evidence that Ms Nixon allegedly inflated distances for journeys during this period, and referred the Committee to
spreadsheets prepared, giving evidence of three examples of over-inflated calculations on April 10, 2014, May 14, 2014 and May 28, 2014.

The Committee considered Witness 6 was able to give clear evidence on the information contained in the interim report; although the Committee identified and accepted that there were some discrepancies in relation to the amounts of repayments invoiced to Ms Nixon, it placed “considerable weight on the findings of this interim report and, in particular, to the spreadsheets for 2014 and 2015 travel claims”.

Taking the oral evidence and the documentary evidence presented by Witness 6, the Committee found this particular of the allegation again “proved on the balance of probabilities”.

Considering Ms Nixon’s fitness to practise, members considered the use of inappropriate and derogatory language on a regular and repeated basis.

Although there was no evidence that she had used this language in front of service users, the Committee considered it to be “totally disrespectful to her colleagues and unacceptable under any circumstances”.

Her alleged actions in over-claiming mileage by way of inflating distances for journeys, and also in contravention of Trust policy, involved “repeated dishonest actions”, the Committee ruled, and considered this “constituted serious misconduct”.

The Committee was satisfied that the general public would consider the actions – as found “proved” – to be “deplorable and falling short of what is expected of a registered social worker”.

It determined that the behaviour was “fundamentally incompatible with being a registered social worker”. It considered Ms Nixon’s misconduct was “persistent, repetitive and took place in her work place” and that she had “failed to attend the hearing, demonstrate insight and remorse or assure the Committee that there would be no repetition of her misconduct”.

The Committee considered that a Removal Order – with immediate effect – was the “only sanction available to it to protect the public and to meet the public interest, and to mark the seriousness and unacceptability” of the misconduct.