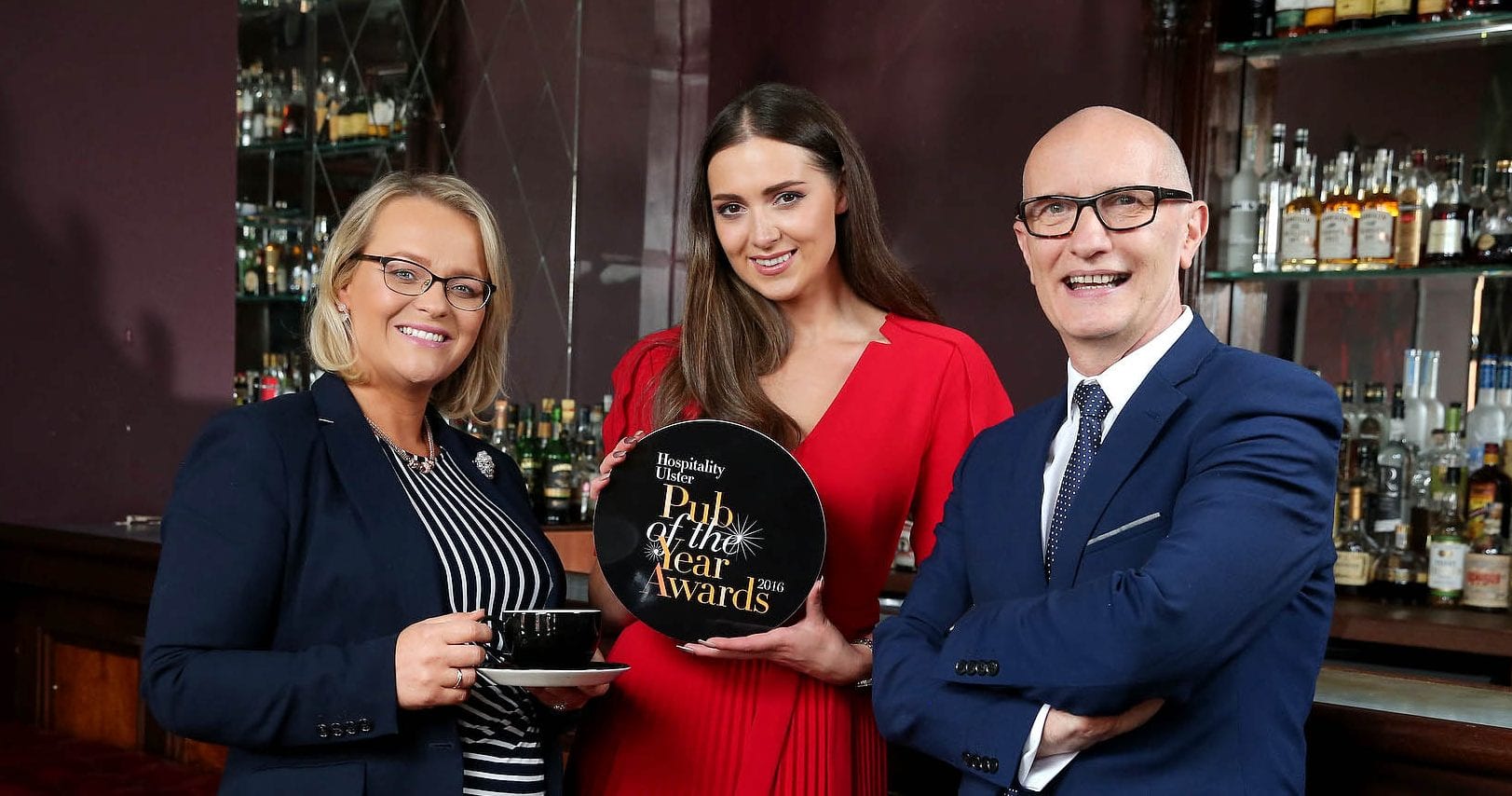 An Armagh bar has been shortlisted in the prestigious 2016 Pub of the Year Awards by Ulster Hospitality.

The Hole in the Wall bar in McCrum’s Court in Armagh city centre is among five pubs vying for the top prize in the Urban category on November 16.

It will be competing against the Front Page Bar, Ballymena; Kiwi’s Brew Bar, Portrush; Shenanigans Venue, Portstewart and The Taphouse, Enniskillen.

This year’s Awards will be the mostly hotly contested to date.

Following a record number of entries from pubs, hotels and restaurants, a total of 46 shortlisted premises and individuals from right across Northern Ireland will now go head to head to be named the toast of the trade at the top industry Awards next month.

Also in the running for Rural Pub of the year is Lurgan’s Corner House Bar. It is also hoping to scope the award for Commitment to Local Food (Pub) in partnership with Food NI/Taste of Ulster.

Winners of the 13 Awards will be revealed at a special gala awards night hosted by U105 presenter, Frank Mitchell, at the Ramada Plaza on Wednesday 16th November 2016.

Pub of the Year (Urban)

The Hole in the Wall Bar, Armagh, Co. Armagh

Pub of the Year (Rural)

Pub of the Year (City)

Commitment to the Community

The Hillside, Hillsborough, Co. Down

The Hillside, Hillsborough, Co. Down

The Yellow Heifer, Camlough, Co. Down

The Parlour Bar, Newtownards, Co. Down

Food and Beverage Manger of the Year

Barperson of the Year (in association with Sunday Life)

To be announced on the night

To be announced on the night