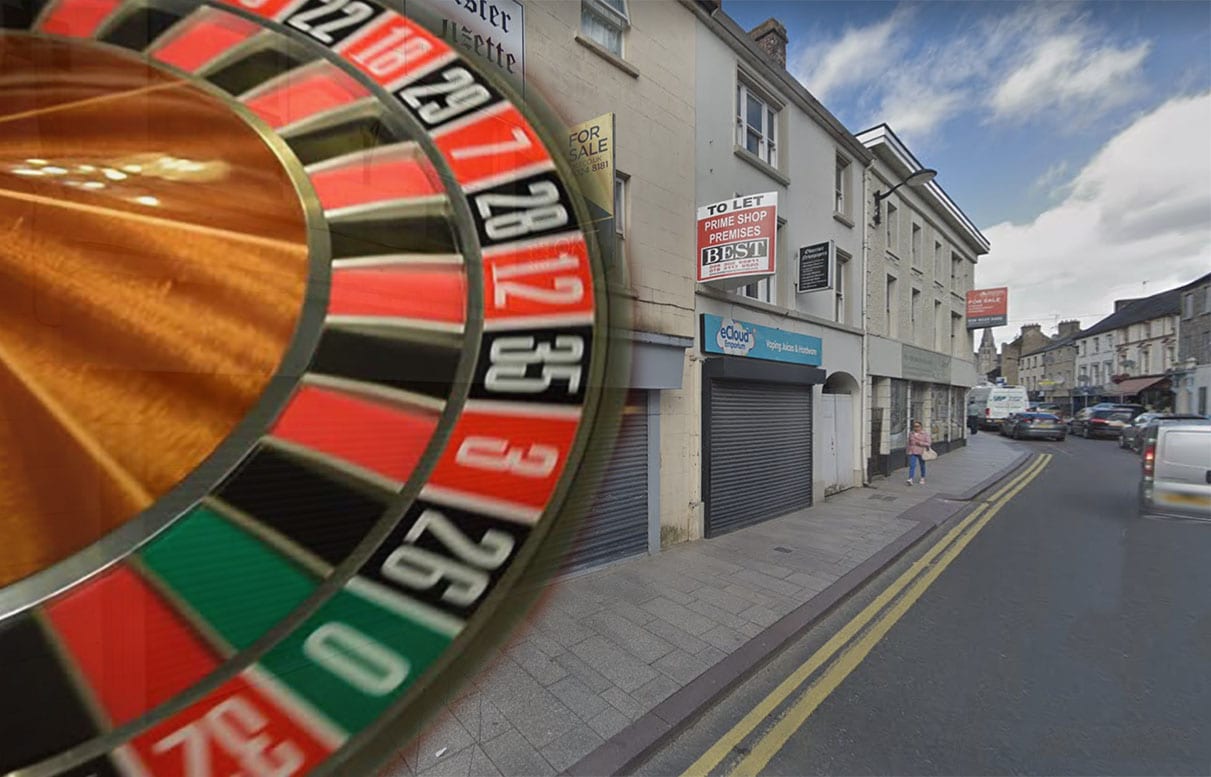 Controversial plans to open a new adult gaming centre in Armagh city centre will go back before council this week – with the planners continuing to recommend the development is approved.

Armagh I first revealed plans for the centre – at Upper English Street in the city – last September.

And we reported at the end of January that planning officials were of the opinion it should be allowed to proceed.

But, at the request of councillors, the matter was deferred for further consideration at the February planning committee.

The proposal is also due to come back to that meeting on Wednesday and the opinion – which favours the application – remains the same.

Former Armagh Lord Mayor Garath Keating is again asking councillors to think carefully and says he will be making a case in person to the planning committee in Banbridge that “they should reject this application”.

He told Armagh I : “Whilst I am hugely in favour of any investment or initiatives that seek to bring life and entertainment into the city centre, I am convinced that this development will unfortunately have a negative impact on the city and will ultimately leave our citizens out of pocket.

“People have freedom of choice to spend their money in whatever way they choose, but venues based predominantly around making money from fixed odds betting terminals seek in my view to profiteer from pre-programmed machines which are designed to entice the rapid and repeat spending of money.

“Those machines have been labelled the ‘craic cocaine of gambling’ and it’s difficult to see what possible benefit there is to our community in having them there.

“There has has barely been a week gone by over the last few years in which I haven’t heard about another local family having to pick up the pieces of a gambling addiction and seeing the awful consequences that can have.

“As a society we really need to begin to reverse the normalisation of routine gambling and the harm it causes.”

The Sinn Fein councillor said it was “unfortunate” planners were again recommending approval.

But Councillor Keating added: “I would appeal to the members of the committee to reject this application or in the very least delay a decision on it until such times as a policy is developed to regulate the proliferation of such venues.”

The original proposal for the gaming centre came forward in the name of BDM Amusements, a company based in Lurgan.

The application relates to a retail unit at 24 Upper English Street, which has previously operated as Baby Boo Boo and the Cheque Centre, as well as office accommodation in the past.

Papers show a large former office space running the length of the building being earmarked for ‘adult gaming space’. But there is no indication as to the nature of the gaming which the proposal would permit.

Private office accommodation is located to the rear

As we previously reported, a petition against the proposals was submitted which argued that such a development would have a “negative impact on the character of the surroundings” as well as having “safety implications to traffic and pedestrians at the already busy junction of English Street and Russell Street”.

It states that a “gambling outlet will not fit well” in a conservation area.

And it adds: “Gambling outlets attract crowds and potential disturbance which will cause extreme annoyance to the local businesses, shops and residents especially in late evenings throughout the week – particularly noise pollution.”

The application indicated that the new unit would attract an estimated 30 visitors a day.

Environmental health has recommended a limit on opening hours to “protect residential amenity from adverse noise impact” if it goes ahead.

It pointed to the need for a condition to restrict operating hours of the gaming centre to between 10am and midnight daily, seven days a week.

The officials’ opinion to approve will be considered by council’s planning committee for a second time when it sits this Wednesday.