Not known if damage was vandalism or hit and run incident 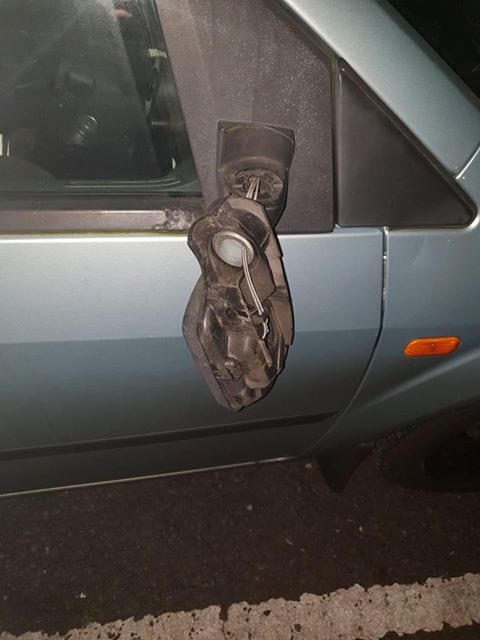 The owner of a car which was damaged in Armagh on Boxing Night has appealed for witnesses to come forward.

The wing mirror on the driver side had been completely snapped off.

It happened some time between 9pm on Wednesday night and the next morning.

The car – a blue Ford Fiesta – had been left overnight in the car park at St Malachy’s Church.

The incident has been reported to the PSNI.

It is not known if the car was deliberately vandalised or if it sustained damage after being struck by another vehicle which left the scene.

Anyone who saw anything or has information can contact the PSNI in Armagh on the non-emergency number 101.