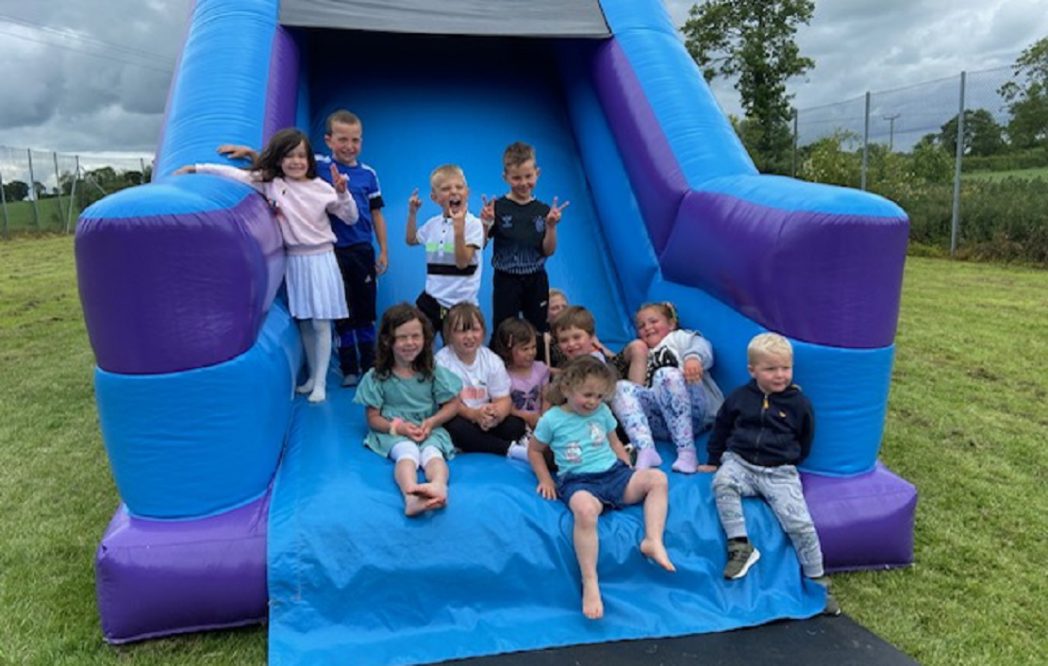 Families living just off the main Armagh to Portadown Road have said they are “really upset” at plans to permanently remove a children’s play park.

Residents at Drumnahuncheon and Broomhill said they were notified last week of the plan by Armagh City, Banbridge and Craigavon Borough Council, and will be “strongly opposing” it.

A spokesperson for the residents said there are many young children living in the area and, with so many new houses being built, an “even bigger demand for a safe pace for the children to play”.

She said several of the children, including her own, have disabilities and special needs.

“It is so imperative to their development that they keep their play park,” she said. “The council is proposing that the children here need to walk to the play park in Richhill to use a slide or swing. That park is 2.7 miles away along a dangerous and fast moving main road with no safe walkway.

“Our park at Broomhill is small but it’s enjoyed every day by families here and from further afield who like this park as it’s enclosed, away from busy roads and safe.

“Most importantly it’s accessible to all residents as many don’t have access to cars to drive their children to other parks.”

She said both the play frame and swings, whilst dated, are in perfect working order.” There is no need to take the play space away. Life post-Covid for these children is hard and to take away their park after being encouraged to play outdoors by the government just seems ridiculous,” she added.

In the letter to residents, the council said that following a play audit Drumhnahuncheon had been identified for closure due to “changing demographics, the poor play value of the equipment and the equipment reaching the end of its life expectancy”.

It said the intention was to “return the play area to hard standing where natural and non-fixed play can take place”.

A spokesperson for the council said they had met with the local community at Broomhill in August 2020 to inform them of the decision regarding the play park.

She added: “Residents currently have the opportunity of a right to reply and can send in their comments by the 12th November – residents are asked to also include their postcode in their reply. All comments will be taken into consideration.”