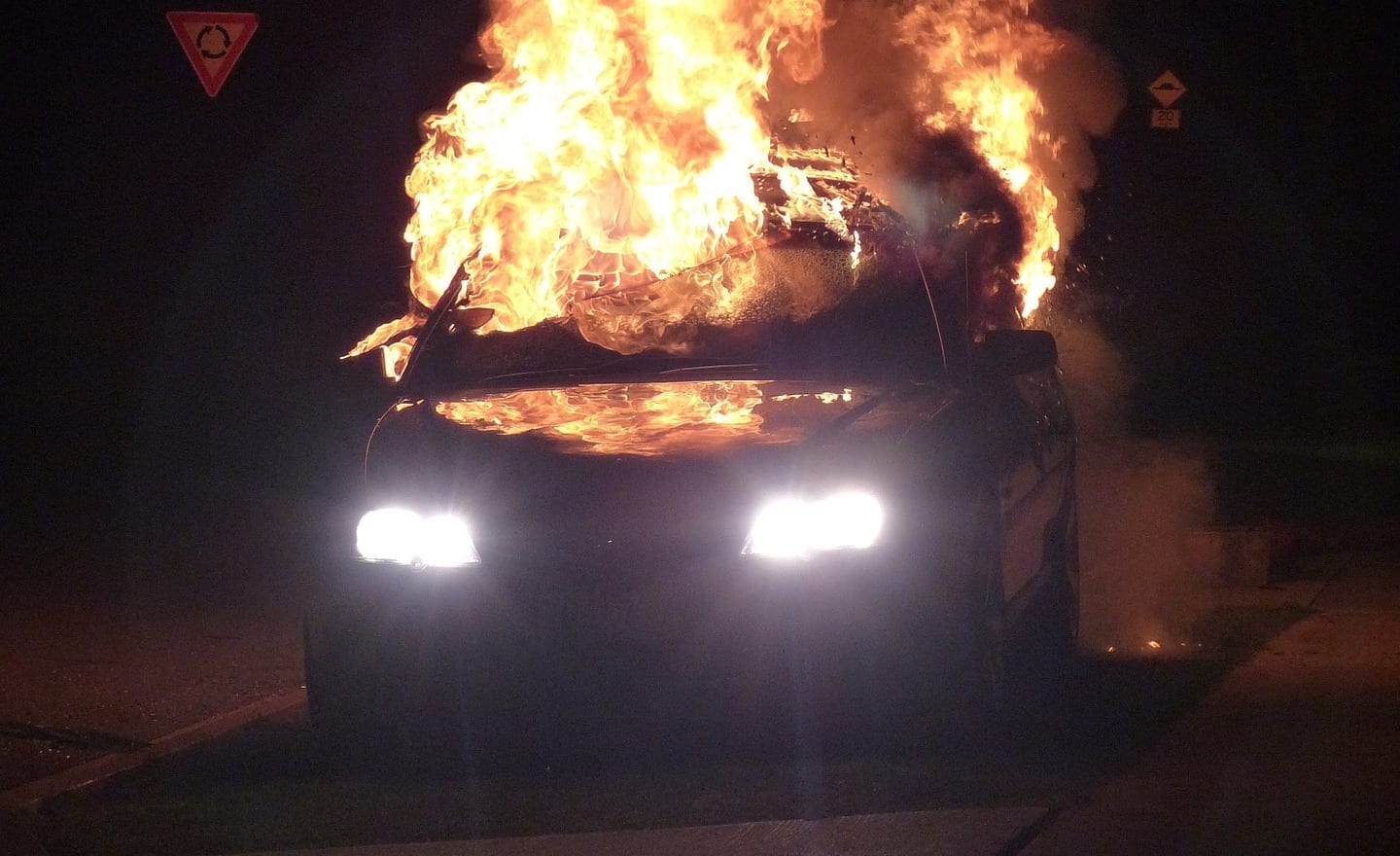 Police and fire crew were called after a car was set on fire in a Co Armagh village.

The incident happened in the Churchview area of Charlemont, close to the Tyrone border.

During the early hours of Sunday morning, neighbours became aware that a vehicle had been set on fire just yards from homes in the area.

The car belonged to a local resident.

One woman said people were shocked and angry at something like this happening in such a quiet area.

But she said there had been some issues the previous weekend with ‘doughnutting’, although it is not known if the two area connected.

She said firefighters took several hours to extinguish the blaze, which happened in a residential area with plenty of families living nearby.

A Fire Service spokesperson confirmed that the car was deliberately set alight shortly before 5am.

A crew from Armagh spent almost an hour and a half dealing with the incident.

Police are currently investigating the incident. If you have any information, please call PSNI on the non-emergency number 101.