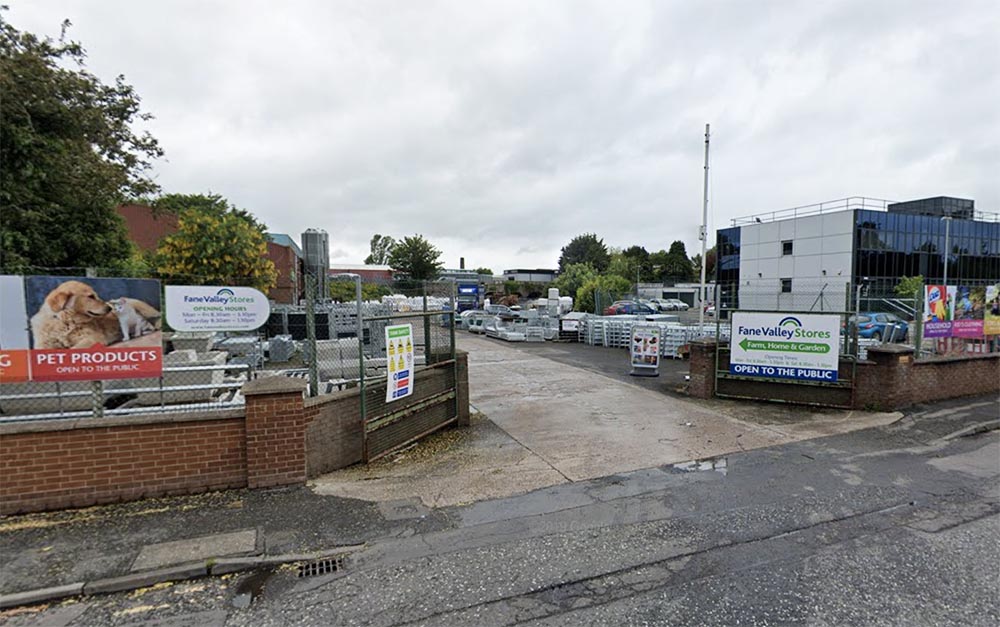 Work will start early in the New Year on a new Fane Valley agri-farm shop in Armagh.

As well as the new shop, ancillary office space and staff facilities will also be built.

And a canopy link will be created to the existing building with the conversion of the existing shop to additional storage with designated car parking and associated site works.

The project has been in the pipeline for the past number of years.

The plan now is for the main contractor – Moss Construction, based at the Hamiltonsbawn Road Industrial Estate in Armagh – to move on site in January.

Plans for the scheme – located at Alexander Road – opposite the Home Bargains store – were approved back in February 2019.

After being re-advertised and amendments made, Armagh City, Banbridge and Craigavon Borough Council officials gave the go-ahead.

Enabling works have started on a new NIE supply and drainage, with Moss Construction beginning the main construction works in the New Year.

The new agri-farm shop would stretch to in excess of 1,100 sq metres and will be seen as a further vote of confidence in the local agricultural sector, while sitting well with the ‘shop local’ message which is being promoted.

The construction work is expected to be completed by July of next year.