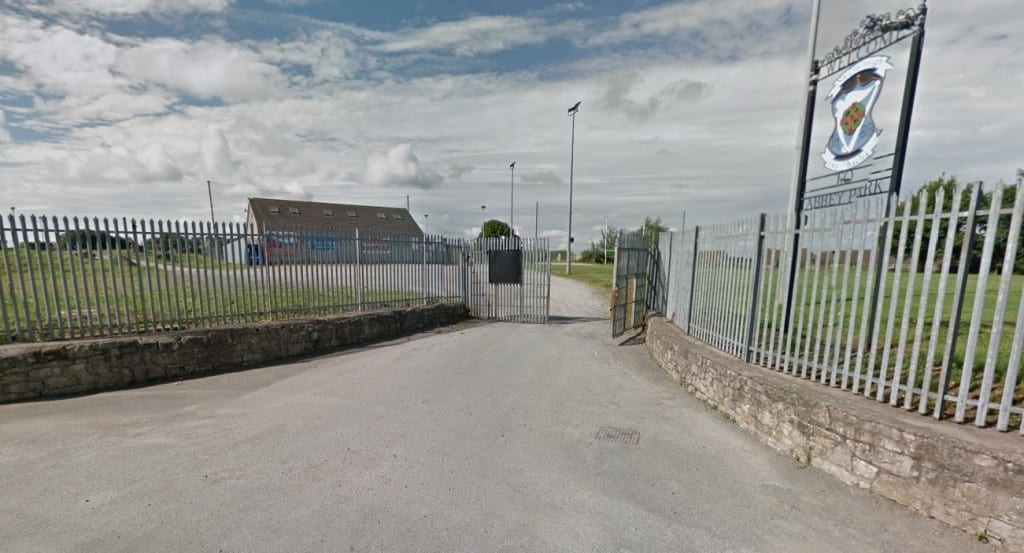 Work will start early in the New Year on the new £1.4 million Armagh Harps’ clubhouse development.

It comes after the awarding of a contract for the Abbey Park scheme by Armagh City, Banbridge and Craigavon Borough Council.

Armagh I can reveal that the main contractor will be OB Construction Ltd, based in Portglenone in County Antrim.

The company has wide experience in the construction industry and an impressive portfolio of past projects across many fields.

Indeed, it was OB Construction Ltd which led the development of a state-of-the-art community sports complex for neighbouring O’Neills GFC An Port Mor.

It also oversaw the redevelopment for Killylea Silver Band of the 19th Century Old School Hall in the village.

The Armagh Harps project – almost four years after plans were first revealed by Armagh I – finally went out to tender in September.

And the contractor has now been appointed.

Armagh City, Banbridge and Craigavon Borough Council – which administered substantial funding through the Social Investment Fund – is the promoter for this project.

The overall scheme will see the demolition of the existing clubhouse and the delivery of a two-storey development costing in the region of £1.4 million.

The new state-of-the-art clubhouse – including changing facilities, gymnasium and weights room and multi-use hall – will also benefit from a nursery facility.

The existing training pitch will be regraded and resurfaced too as part of the overall scheme.

When the development gets underway in the New Year, the work is expected to take six months to complete, meaning 2019 will be the year when Armagh Harps’ dream clubhouse will finally become a reality.