Anger at ‘reckless’ burning of car between school and chapel 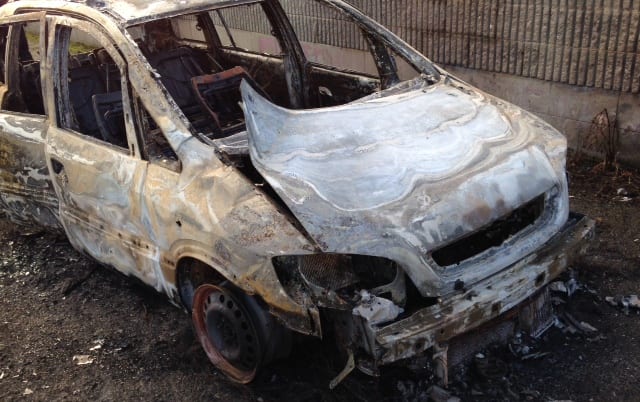 The overnight torching of a car in a laneway between a school and chapel in Newry has been described as “a reckless act”.

“It appears that this car was taken here and deliberately burned. This reckless and unacceptable incident has caused much anger and concern,” he said.

Councillor Casey said he was trying to ensure the vehicle was removed from the scene, between St Brigid’s Chapel and the local primary school, as quickly as practicably possible.

“I am mindful of the fact that the school reopens on Monday morning and I am currently endeavouring  – along with our council – to ensure it is removed,” he added.