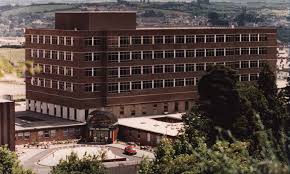 The Southern Trust has opted to press ahead with plans to close the Stroke Unit at Daisy Hill Hospital.

The new was confirmed today (Tuesday), in a Trust statement, in which is says the creation of a pecialist stroke inpatient unit would improve survival and recovery rates.

Sinn Féin MLA Mickey Brady, however, has reacted angrily to the decision.

He said that, despite Trust claims to the contrary, many believe that it “completely ignored the views of the public, elected representatives, staff and local trade unions gathered throughout a 20 week public consultation”.

“This statement has been met with great dismay and sadness in the local community,” Mr Brady said.

“The Trust, we believe, has completely ignored the strong views held by the public, elected representatives, staff and local trade unions against the proposal to close the vital Unit.

“The proposals by the Trust to remove the specialist stroke inpatient Unit from Newry’s local hospital do not stack up, given that it is widely recognised that Daisy Hill has provided the best stroke service in Northern Ireland.

“This is evidenced by the fact that in 2011/2012 the average length of stay for stroke patients at Daisy Hill was 17 days whereas at Craigavon Hospital it was 47 days.

“On value for money alone and provision of service, the Daisy Hill Unit delivers. The Trust should further invest in and develop the Stroke Unit in Daisy Hill which would result in the provision of increased rapid access to specialist investigation and treatment to all on a regional basis.

“We have spoken to families whose loved ones have suffered strokes and they are telling us that the service provided at Daisy Hill was second to none.

“Feedback from families also suggests that moving stroke services to Craigavon will be extremely traumatic for stroke patients and make it unworkable for families to fully support their loved ones.

“A united cohesive campaign was essential to protect all services at Daisy Hill.”

The Trust had set out its reasoning for taking the decision with the following statement:

“The decision taken by the Trust Board in November to create a single specialist stroke inpatient unit within the Trust at Craigavon Area Hospital was based on compelling clinical evidence that this will improve survival and recovery rates instroke patients.

“The Trust would be failing in its duty of care to the local population if it did not implement best quality of care for people living in the Southern Trust area.

“This decision was taken after carefully considering the views of the public, elected representatives, staff and local trade unions gathered throughout a 20 week public consultation.

“The Trust made its final decision taking into consideration the compelling evidence from bodies such as the National Institute for Health and Care Excellence and the Royal College of Physicians which clearly indicates that the model of care that a centralised unit will provide has been shown to improve survival and recovery rates in stroke patients.

“Moving to this new model of inpatient stroke care including the centralised unit in Craigavon Hospital is essential to maintain and develop hospital-based care that is of the highest quality and meets national standards and guidelines which we have not yet achieved in any of the four hospitals where we currently provide stroke inpatient care.

“While people may be concerned about the impact of relocating their local inpatient stroke services, which is approximately 10 beds for Daisy Hill, they should be assured that going to a specialised centre further away for a number of days will actually increase survival and recovery rates.  The Emergency Department in Daisy Hill Hospital will still receive stroke patients and will continue to provide stroke analysis if that is the most appropriate emergency treatment.

“The specialist stroke inpatient unit model has been used effectively elsewhere in the UK and already exists in parts of Northern Ireland and we are confident that by bringing together the resources from the four hospital inpatient stroke services we can provide an enhanced level of care which will reduce the devastating impact of stroke on the health of people in the Southern Trust area.”